White male privilege and the future of democracy

When Dr Tim Soutphommasane, Australia’s Race Discrimination Commissioner, gave his final speech ahead of stepping down on 20 August 2018, his message struck a sombre tone. Racial disharmony is on the rise, he lamented.

Soutphommasane accorded that Australia's success as a multicultural society is under threat. This threat is not from extreme factional groups or mask-wearing fascists, it is from the mainstream of Australian public life.

The real danger, he argued, comes from “dog-whistling politicians” and “race-baiting commentators” eager to harness populist attention through the careless “mixing of race and politics”. Just about a week later, Senator Fraser Anning proved how devastatingly true that was when he called for a “final solution” to “ethnocultural diversity” in Australia in his maiden speech.

Soutphommasane’s warning comes at a time when women’s social status in Australia is also a political plaything. Just think of Senator David Leyonhjelm’s derision of fellow Senator Sarah Hanson-Young, telling her to “stop shagging men” and, after being confronted, telling her to “fuck off”.

Some would have us believe that such matters are just a signal of a pluralist politics where the right and left wing of our democratic system approach cultural and gender issues from legitimately different perspectives.

There is much more to the resurgence of cultural and gender politics in Australia than that. More than the playing out democratic differences, this is the acting out of white male privilege in a democracy fast turning to tyranny.

It is an absolute affront to democracy, at least insofar as democracy is understood in terms of a way of life that values equality over elite privilege.

American scholar Peggy MacIntosh explains that white male privilege is an ‘unearned advantage’. It is an accident of birth where some people have access to benefits and resources that others don’t.

What makes it worse is that those who benefit are least likely to notice, preferring to assume that any success they have is entirely down to their own efforts and talents.

To claim otherwise, the defence goes, would just be "anti-white racism".

"White men are being blamed for the whole shebang."

Mark Latham on white men: We are blamed for everything http://www.sunshinecoastdaily.com.au/news/mark-latham-white-men-we-are-blamed-everything/3083606/ …

Nowhere is the reality of privilege more blatantly obvious than in the workplace — a location where the intersection of whiteness and masculinity dominate top leadership.

Recent research reveals that 95% of corporate executives have Anglo-Celtic or European heritage. Despite comprising almost half the workforce, only 5% of CEOs are women. A third of those companies have no women at all in executive roles.

For the past two decades, the gender pay gap has favoured men by between 15 and 19%. Of women, 28% report having been sexually harassed at work.

Clearly, the comfort and spoils of the Australian workplace are disproportionally skewed towards white men on a vast scale. Only staunch advocates of patriarchal white supremacy would have the audacity to suggest Australia is an equal society when it comes to gender and cultural difference at work.

Identity politics and the future of democracy

The brute facts of white male dominance in the workplace – and politics – demonstrate that the promise of equality that is built into the very idea of democracy is not being kept.

The strength of populist rebuttals would have it that calling out the existence of this privilege is just a matter of some kind of "political correctness gone mad". In fact, central to the upsurge of populist identity politics in Australia is a backlash of denial against white male privilege. 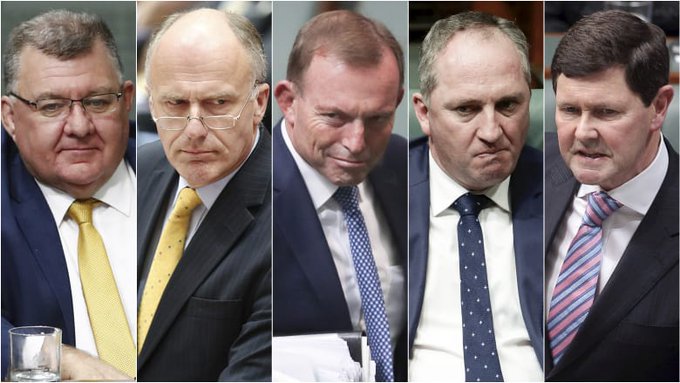 #ThisIsAustralia White Male Privilege - these privileged white males are all that is wrong with politics in Australia today. Their electors deserve better #regressive #backward #MonashForum #auspol

You can see this when Latham generalises that

“you are not a real Lefty unless you publicly denigrate white skin colour, especially if your own skin is a lighter shade of Dulux Hog Bristle”.

You see it, too, when conservative commentator Christopher Akehurst complains that the terms "racist" and "sexist" are “the lexical building blocks of leftist discourse”, whose purpose is to stifle debate.

Those who so harshly criticise calling out white male privilege as nothing more than an aberrant preoccupation of the left reveal more about the realities of reactionary conservatism than they do about left politics.

Democracy has always been a political system that has straddled the uneasy relationship between freedom and equality. But what we see when contemporary Australian political discourse tries to reject the existence of white male privilege, is the one-sided prizing of liberty for some over equality for all.

The truth that is emerging, and of which racial and gender relations in the workplace are a barometer, is one where our political spectrum no longer ranges from left to right, but from democracy to tyranny.

Let us retain hope that, despite the populist turn in Australian politics, we have the sense not to forget the promise of an equal society. Central to this is rejecting the racial and sexist antagonism designed to win political favour at the expense of democracy.