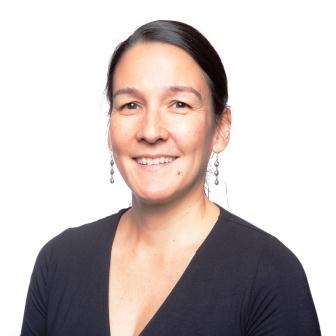 Su Fei Tan is a Senior Research Officer with the UTS Institute for Public Policy and Governance. A committed and hard working professional with more than 10 years’ experience of research and capacity building for local government, Su Fei’s areas of interest and expertise include local democracy and representation, environmental sustainability, strategic planning, and supporting local government in developing countries.  These are complemented by a wide range of skills and experience in project management, editing and research.

With extensive experience in research on issues of inequity, environmental sustainability and democratic representation, Su Fei has carried out work to understand community understanding of sustainability and natural resource management and worked with community based organisations to identify strategies achieve identified objectives with regard to sustainability.  This involved extensive field work including surveys and interviews with a wide range of stakeholders including policy makers and local opinion leaders.
Su Fei is currently leading a project to understand better the motivations of local government councillors and their perceptions of democratic representation.  This work involves an extensive review of literature and legislation together with focus groups and key stakeholder interviews as well as a national survey of locally elected members.

Current areas of research include:

Past areas of research include:

Over the last two decades a feature of local government reforms globally has been the introduction of New Public Management (NPM).  Under this broad approach to public administration there is an expectation that councillors play a greater strategic role and move away from involvement in day-to-day management.  This research, carried out in the state of Victoria, Australia, examines councillors’ understandings of their roles.  Based on 17 in-depth interviews and two focus groups, we found that despite the evolving legislative requirements framing councillors as policymakers not managers, most councillors continued to seek involvement in the day-to-day management of councils.  We argue that this gap may be linked to the diversity of views concerning the role of the councillor and the idea of representation and how both play out at the local level.  It may also signal a lack of awareness as to how the legislatively inscribed role for councillors has changed over time.

This chapter explores the challenges of local representation within the context of Australian local government reform. Since the 1990s Australian local government has been undergoing a continuing process of reform that has reshaped the role of the elected members or councilors. In many states, changes to the legislation since the 1990s clearly demarcate the role of the Chief Executive Officer (CEO) and that of councilors. The CEO generally has management responsibility, while councilors are responsible for strategy and policy making. While a great deal of effort has been expended in developing and effecting these reforms on an institutional level, little is known about whether councilors themselves understand responsibility or how they view their role. This research seeks to address this gap.

© 2017 by IGI Global. All rights reserved.The political and economic benefits of decentralization have been cogently represented, to the extent that decentralization and devolution comprise identifiable programs of reform across a range of polities. However, the public policy question of finance following function - and the oversight of this process - is less resolved. Further, concerns over the financial sustainability of sub-national governments continue across a range of polities. Against the backdrop of reforms to municipal finance in both Australia and China, this chapter provides an account of the formation and functioning of two successful sub-national financial institutions, the Local Government Finance Authority of South Australia (LGFA) and the Municipal Finance Authority of British Colombia. The case studies suggest that sub-national finance may not be the thorn in the side of decentralization it sometimes appears to be. The broader introduction of such financial instruments is considered.

Economic development is a priority of all levels of government; irrespective of country,
constitution or system of governance. This is particularly the case in Australia, where federal,
state and local tiers of government are undertaking activities intended to support economic
growth. However, roles and responsibilities are not always clear, which reflects interorganisational,
intergovernmental and intra-organisational conflict, contradictions,
duplications and fissures. Traditionally the role of local government in the subnational
economic development policy space has been rather limited, although their remit and
engagement in this sphere has increased steadily since the 1980s. Even so, the role of councils
in subnational economic development – and metropolitan and regional economic development
in particular – remains ambiguous and contested. Derived from findings from a project funded
by the Australian Centre of Excellence for Local Government investigating the role of local
government in the organisation and promotion of economic development, this paper intends
to make two contributions to the literature. First, it shows how the conceptual messiness of
the notion of (metropolitan and regional) economic development can both enable and
constrain local government practice. Secondly, a state-level policy vacuum is apparent, which
is a source of frustration amongst local practitioners. A key policy implication is the need to
open-up more space for dialogue between different tiers of government to help engender a
shared understanding of economic development, including the roles of different actors.

This study, carried out in the Australian state of Victoria, sought to understand councillors' perceptions of their representative role. In Australia, local government powers and functions are prescribed through state and territory legislation. They do this within a broader public policy context of reform which has evolved significantly. Most recently local government reform has been characterised by the introduction of business and managerialist approaches. These reform processes envisage a more strategic role for councillors. To test councillors' alignment with these institutional expectations, interviews were carried out. The research found that despite the legislative framing of their roles and direction of reform, councillors' perceptions and practice were different from what was expected.

This report explores motivations for, and facilitators and barriers of, inter-council learning. The study identifies how information, ideas and inspiration is accessed from peers and then taken further and embedded within their own organisations.

Tan, SF & Grant, BJ Australian Centre of Excellence for Local Government 2013, Local Representation in Australia: A Review of the Legislation and Literature, University of Technology, Sydney.View/Download from: UTS OPUS