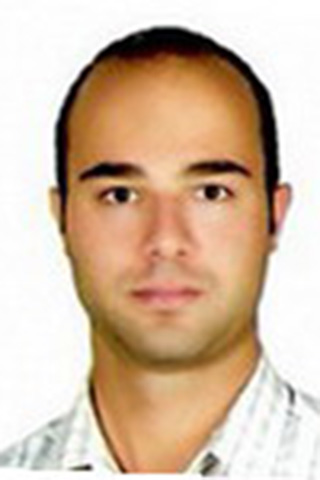 Neuroblastoma is a malignant tumor and a cancer in childhood that derives from the neural crest. The number of neuroblastic cells within the tumor provides significant prognostic information for pathologists. An enormous number of neuroblastic cells makes the process of counting tedious and error-prone. We propose a user interaction-independent framework that segments cellular regions, splits the overlapping cells and counts the total number of single neuroblastic cells. Our novel segmentation algorithm regards an image as a feature space constructed by joint spatial-intensity features of color pixels. It clusters the pixels within the feature space using mean-shift and then partitions the image into multiple tiles. We propose a novel color analysis approach to select the tiles with similar intensity to the cellular regions. The selected tiles contain a mixture of single and overlapping cells. We therefore also propose a cell counting method to analyse morphology of the cells and discriminate between overlapping and single cells. Ultimately, we apply watershed to split overlapping cells. The results have been evaluated by a pathologist. Our segmentation algorithm was compared against adaptive thresholding. Our cell counting algorithm was compared with two state of the art algorithms. The overall cell counting accuracy of the system is 87.65 %

© 2014 IEEE. Heterogeneous networks have become a commonly used model to represent complex and abstract social phenomena. They allow objects to have many different relationships and represent relationships by semantic paths which connect object types via a sequence of relations. A major challenge in community detection on heterogeneous networks is how to organize and combine different semantic paths. In order to acquire desired clustering, we propose a novel community detection method for heterogeneous networks based on matrix decomposition and semantic paths. The major advantage of this method is to treat objects individually and to assign them with different combinations of semantic-path weights so as to improve the clustering quality. The comparative experiments of the proposed method with another two state-of-the-art methods, spectral clustering and path-selection clustering, confirms that it can acquire desired clustering results better.

Neuroblastoma is one of the most fatal paediatric cancers. One of the major prognostic factors for neuroblastoma tumour is the total number of neuroblastic cells. In this paper, we develop a fully automated system for counting the total number of neuroblastic cells within the images derived from Hematoxylin and Eosin stained histological slides by considering the overlapping cells. We finally propose a novel multi-stage cell counting algorithm, in which cellular regions are extracted using an adaptive thresholding technique. Overlapping and single cells are discriminated using morphological differences. We propose a novel cell splitting algorithm to split overlapping cells into single cells using the shortest path between contours of convex regions

A Computer Aided Diagnosis (CAD) system is developed to determine cellularity status of a tumor. The system helps pathologists to distinguish a tumor with cell proliferation from normal tumors. The developed CAD system implements a hybrid segmentation method to identify and extract the morphological features that are used by pathologists for determining cellularity status of tumor. Adaptive Mean Shift (AMS) clustering as a non-parametric technique is integrated with Color Template Matching (CTM) to construct segmentation approach. We used Expectation Maximization (EM) clustering as a parametric technique for the sake of comparison with our proposed approach. The output of our proposed system and EM are validated by two pathologists as ground truth. The result of our developed system is quite close to the decision of pathologists, and it significantly outperforms EM in terms of accuracy