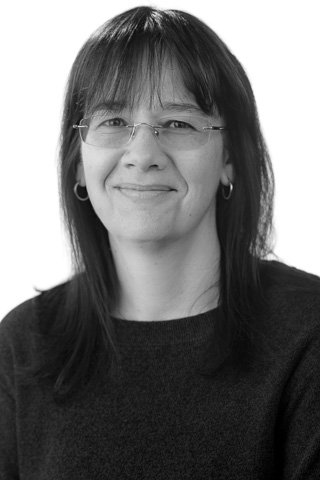 Sarah is a lecturer in the School of Communication in the Faculty of Arts and Social Sciences. Her scholarly work is focused on social class in popular culture and literature, particularly the representation of working class life. She has published work on UK grime, dubstep and hardcore punk as well as on film, TV, the media and working class poetry. She is also a poet and her work has been published widely in Australian literary journals and she has performed her poetry in a variety of venues across Australia.

Sarah is the co-founding editor of the Journal of Working-Class Studies and a regular contributor to the Working Class Perspectives blog.

Member of the Working Class Studies Association and the International Association for the Study of Popular Music (Australia New Zealand branch).

Taiwanese filmmaker Tsai Ming Liang is celebrated for his slow, poetic filmmaking and the
philosophical treatment of time in his work. Tsai tends to eschew linear narrative and his films
consist of scenes, each capable of standing alone as an individual art work. The one constant
in Tsai’s films is his lead actor, Lee Kang Sheng, who embodies Tsai’s ideas in his intensely
physical performances. One aspect of Tsai’s films that tends to be overlooked though is his
representation of class – the character played by Lee and the scenarios that unfold, focus on
Taiwan’s working classes and contain a sensory and physical depiction of class in Taiwan’s
cities. The everyday of Taiwan’s working class is visible, but the approach taken by Tsai is an
alternative one, creating art house films that, I argue, offer an intense and insightful portrayal
of working class life. Tsai also blends fantasy with realism in a number of his films, and the
fantasy elements compliment the working class realism by tapping into Taiwanese popular
culture. While admired as an auteur, Tsai’s films arguably offer an artistic but also realistic
representation of working-class Taiwan.

Attfield, SJ 2011, 'Punk Rock and the Value of Auto-ethnograhic Writing about Music', Portal: journal of multidisciplinary international studies, vol. 8, no. 1.

Why do many of the books on punk rock and hardcore punk come with punk attitude? Why are a good number of the books written from a personal perspective? What kind of value do the diary entries of Nils Stevenson in 'Vacant: A Diary of the Punk Years 1976-79' have compared to an article on the rhetoric of class by David Simonelli in the journal 'Contemporary British History'? In some respects scholarly writing on punk rock seems like a contradiction. How can music so rooted in anti-establishment sentiment be appropriated into an institutional setting? The auto-ethnographic approach found in many of the studies of punk might be an answer to this question. The writers have used their own experiences as musicians and fans to reflect on and analyse the music and scenes which arguably provides the reader with a more immediate insight. This paper argues for an auto-ethnographic approach to the writing of punk and hardcore punk and suggests that this style of writing about music offers the reader an ‘authentic’ insight into these particular music scenes.

Sketch comedy is not new. It has its roots in variety television and radio, and further back in vaudeville, music hall, nineteenth-century theatre “afterpieces,” and even Renaissance commedia dell’arte (Neale, 1990: 182). American show Portlandia (2011–present) is a conventional TV sketch comedy in that its sketches include a variety of devices such as satire, parody, slapstick, and catchphrase comedy (Mundy and White, 2012: 123), and there are musical number sketches (common to many sketch shows such as Saturday Night Live). But Portlandia is arguably the only sketch show so far—at least in the English-speaking world—to fully integrate popular music. Music not only features in the show in a variety of ways to be discussed in this chapter, but the show also uses a music industry model both in its structure and in the way it is produced and promoted (Powers, 2014). Fred Armisen and Carrie Brownstein, the stars and co-creators of Portlandia, use music as one their principal devices for generating storylines and depicting characters.

This article explores the use of comedic reporting, commentary and fictional entertainment in higher education learning and teaching. Drawing on the success of infotainment and comedy news formats like The Daily Show, we suggest that a change in the way materials are delivered may help engage students who are not otherwise engaged. We offer a preliminary set of examples from our teaching in Australian universities where mainstream television, film and popular music has been used as teaching tools to spark student debate, interest and illuminate theory, comparing these experiences to existing literature about the function of these texts as genre pieces and new communication methods. We examine the use of these infotainment tools as ways to keep students’ attention, but also acknowledge that these can be possible tools for distraction.

A collection of blog posts

Collection of poetry based on working class characters