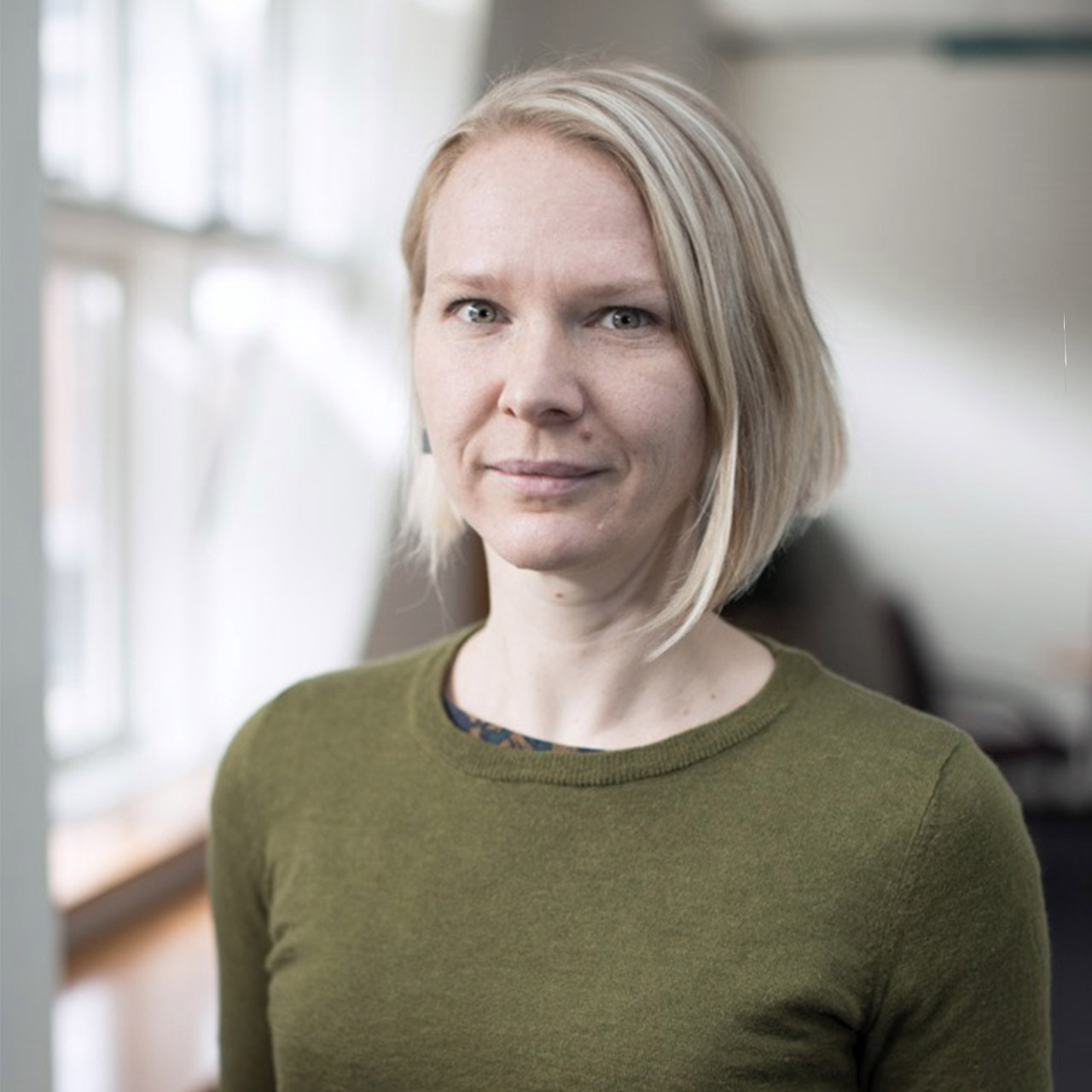 Dr Sara Dehm teaches and researches in the areas of public international law, international migration and refugee law, and the history and theory of international law and institutions. She specialises in the international regulation of human mobility, specifically the past and ongoing techniques nad practices that international organisations employ to regulate labour migration from states in the Global South. Sara completed her PhD at the Melbourne Law School in 2017, with a thesis entitled Ordering Human Mobility: International Law, Development, Administration.

Sara joined UTS Law as a Lecturer in January 2017. She holds a BA/LLB (Hons) and PhD in International Law from the University of Melbourne. Prior to joining UTS Law, Sara was a Senior Fellow at the Melbourne Law School, where she taught in the Melbourne Law Masters program. She has also been a Junior Faculty member of the Institute for Global Law and Policy, Harvard Law School’s Doha Workshop in 2015; a Research Associate with the Australian Human Rights Centre, UNSW and a Visiting Fellow at the Faculty of Law, UNSW.

© 2018, The Author(s) 2018. Witchcraft-related violence (WRV), in particular directed towards women and children, has become a source of increasing concern for human rights organizations in the current century. Yet for those fleeing WRV, this heightened attention has not translated across into refugee status. This research examines how claims of WRV were addressed in all available asylum decisions in English, drawn from five jurisdictions. We argue that WRV is a manifestation of gender-related harm; one which exposes major failings in the application of refugee jurisprudence. Inattention to the religious and organizational elements of witchcraft practices, combined with gender insensitivity in analysis, meant that claims were frequently reconfigured by decision makers as personal grudges, or family or community disputes, such that they were not cognizable harms within the terms of the Refugee Convention; or they were simply disbelieved as far-fetched. The success rate of claims was low, compared to available averages, and, when successful, claims were universally accepted on some basis other than the witchcraft element of the case. This article focuses in particular upon cases where the applicant feared harm as an accused witch, while a second related article addresses those fearing persecution from witches or through the medium of witchcraft.

In this article, we use two case studies – the admission of
skilled migrants under the Temporary Work (Skilled) visa
(subclass 457) scheme and the admission of refugees under
Australia’s onshore humanitarian program – to understand
the gendered nature, operation and effects of Australian
migration law more generally. These two case studies reveal
that the gendered nature of migration to Australia is evident
in even the most cursory examination of particular visa
categories and forms of migration, even if the experiences of
and implications for women migrants differ across different
streams of migration and specific visa categories. For
example, female temporary skilled migrants are more likely to
be over-represented in low-paid or casualised care industries,
as nurses or carers, and women asylum seekers face risks
of gendered violence when crossing borders unlawfully.

This case note explores the recent Australian High Court decision of Plaintiff M70/2011 v Minister for Immigration and Citizenship, which declared a proposed regional refugee status determination arrangement between Australia and Malaysia to be unlawful under Australian law. While the decision was determined by the specific statutory construction of Australian's migration legislation, it nonetheless draws attention to the legal character of what constitutes 'protection' under international refugee law and suggests the necessary legal and factual conditions that must exist in a 'third country' in order for any transfer of refugee processing and recognition procedures to be seen to satisfy Convention obligations. It thus represents a significant judicial challenge to the contemporary trend pursued by wealthy industrialised nations in the Global North towards erecting barriers for accessing domestic asylum regimes and adopting policies that in effect outsource and extraterritorialise asylum processing under the guise of 'burden sharing' or regional 'harmonisation'. This case note reads the decision as a particular re-articulation of sovereign authority, borders, belonging and place-making.

Dehm, S 2020, 'Contesting the Right to Leave in International Law: The Berlin Wall, the Third World Brain Drain and the Politics of Emigration in the 1960s' in Craven, M, Pahuja, S & Simpson, G (eds), International Law and the Cold War, Cambridge University Press.View/Download from: UTS OPUS

This chapter examines a recent civil society initiative, Tribunal 12, as an internationalised articulation of migrant justice.1 Tribunal 12 was held in Stockholm in May 2012, and sought to put ‘Europe’ on trial for the systematic violations of the rights and dignity of refugees, asylum seekers and migrants. By adopting a legal and aesthetical framework, the initiative aimed to draw attention to the increased global securitisation of borders, criminalisation of unauthorised migrants and systemic exploitation of undocumented people in Europe. It also intended to generate support for migrant struggles within Europe by highlighting the morally unjust and harmful effects of European border practices. Although the Tribunal differed significantly from earlier international peoples’ tribunals in that it did not hear any witness testimonies from migrants themselves, I nonetheless locate Tribunal 12 within a legacy of peoples’ tribunals and their entanglement with international law and institutions.

This chapter explores the passport both as an object of concern for international law and as an object that has been shaped through international action and institutions. It unpacks this dynamic relationship along four registers: first, as a historical object that functions as a technology of statecraft and emerged with the consolidation of the modern territorial nation-state; second, as an object of government that works towards the control of individuals, the construction of border regimes, and the global segregation of populations; third, as a jurisprudential object that crafts a particular juridical human; and finally, as an object of resistance taken up in political struggles to challenge the nation-state’s asserted monopoly on territorial authority. Along each of these registers, the passport reveals how the deeply state-centric order produced through international law shapes and regulates human mobility and identity.

Facing the media after a reported 5.6 per cent swing against him in the Brisbane seat of Dickson, Australian Minister for Immigration and Border Protection Peter Dutton defiantly declared that the Coalition was ‘a victim of our own success’.1 ‘The fact that we stopped boats and got children out of detention’, Dutton asserted, meant the ‘issue’ of ‘border protection’ and people arriving in Australia unauthorised by boat to seek asylum ‘had gone off the radar’ (quoted in Hutchens 2016). The minister’s assertion was certainly provocative, if a little misleading. While Australia’s policies towards refugees and asylum seekers did not appear to feature prominently in the 2016 election campaign, this was largely due to a confluence of circumstances, not all of which were of the Coalition’s making. These circumstances primarily included the bipartisan support for the three key pillars of Australia’s increasingly draconian deterrence model (namely, boat turn backs, regional processing and the mandatory detention of certain asylum seekers) and the exceptional government censorship of information from inside immigration detention centres and the official secrecy surrounding the implementation of Australia’s military-led Operation Sovereign Borders (OSB). This meant that the Coalition and Labor had both orchestrated a situation where there seemed to be little political mileage to be gained from foregrounding the issue of Australia’s refugee laws and policies during the campaign. Instead, the election contest predominantly played out across more traditional issues of economic and social policy, such as job creation and the funding of healthcare. Despite being a highly volatile political issue, refugee policy could rarely be seen to determine the outcome of elections—perhaps with the exception of the Coalition’s major 2001 electoral victory in the wake of the Tampa affair. Since 2004, fewer than 10 per cent of surveyed voters have ranked the issue of ‘refugees and asylum see...

Dehm, S 2017, 'The Screening of Suffering: Film as a Technique of Government in Anti-Asylum Campaigns', International Meeting on Law and Society: Walls, Borders, and Bridges: Law and Society in an Inter‐Connected World, Mexico City.

Vogl, A & Dehm, S UTS Faculty of Law and Academics for Refugees 2017, An Unfair and Dangerous Process: A Legal Analysis of the Ministerial Deadline to Apply for Asylum and Use of Executive Power in the Legacy Caseload, pp. 1-19, Sydney.View/Download from: UTS OPUS

Seguel González, A, Aconley-Jones, R, Adam, D, Dehm, S, Dehm, J & Buckley, E 2012, Occupy Policing: A Report into the Effects and Legality of the Eviction of Occupy Melbourne from City Square on 21 October 2011.

Dehm, S 2019, 'The evidence is clear: the medevac law saves lives. But even this isn’t enough to alleviate refugee suffering', The Conversation.

Dehm, S & Vogl, A 2019, 'Refugee Rejection is More Complex than a Soundbite: why the Tamil family should stay', Sydney Morning Herald.View/Download from: UTS OPUS

The complexity of refugee determinations cannot be reduced to a soundbite. Legal decisions about refugee status are not an inevitable reflection of the truth or merits of a person’s asylum claims. They are made in the context of a legal system that has been deliberately set up to accelerate asylum decision-making, to deny acces to legal advice to people seeking asylum and to limit the legal options of those who have arrived by boat.

Vogl, A & Dehm, S 2017, 'The Blanket Deadline for a Group of Asylum Seekers is Unfair and Dangerous', The Guardian.

The imposition of a non-negotiable, non-discretionary and blanket deadline to a group of asylum seekers – where the failure to meet the deadline extinguishes any form of claim – is an exceptionally unfair, arbitrary and dangerous measure.