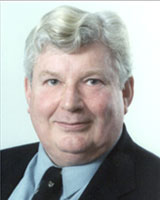 Roger Morris has worked in higher education for more than 25 years. During that time, he has held a number of senior positions including: Director of External and Continuing Education (GTC); Academic Planning Officer (SCAE); Director,Academic Planning and Services (ITATE); Assistant Dean (FAE); and Alternate Dean (Faculty of Education).

Arnold Hely (19071967) was a most significant figure in the history of adult education in New Zealand, in Australia and internationally. Arnold Hely, a New Zealander, Director of Tutorial Classes (later Adult Education) at the University of Adelaide from 1957 to 1965, was the prime mover in the establishment in 1964 of the Asian South Pacific Bureau of Adult Education (ASPBAE) and was, until his most untimely death in 1967, its General Secretary. He previously had played, as an impartial newcomer/outsider, a leading role in the formation in 1960 of ALA (then called AAAE). In this paper I will focus on Helys efforts to bring Australian adult education into the mainstream of world adult education. In telling Helys story I will explore the context of Australian adult education in the 1950s and 1960s

It is very difficult to describe briefly and simply the history and current provision of adult education in Australia. This is partly due to the constitutional arrangements in Australia, which is a federation made up of six states and two territories: a federation in which the principal responsibility for education, including adult education, remains with the states and territories. The best and 1110St complete way to describe adult education in Australia would be to write eight separate accounts. Nevertheless there are commonalities among the states that have been forged by a common history, a common set of issues and a common federal government that is increasingly intent on establishing a national approach to education and training.