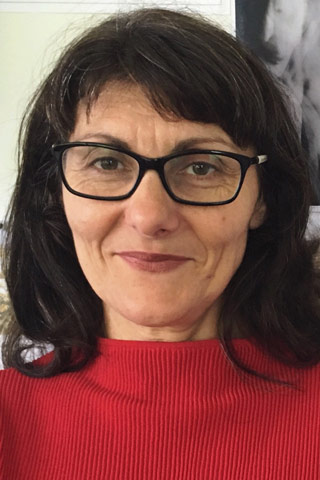 Renata Grossi is an interdisciplinary legal scholar with an interest in the area of law and emotion, and in particular law and love.

She is the author of  Looking for Love in the Legal Discourse of Marriage (ANU Press 2014). She is the co-editor of The Radicalism of Romantic Love: critical perspectives (Routledge 2017, with David West), and the Law and Context special issue on 'Law and Love' (Federation Press,with Joshua Neoh).

In all of her publications Renata is interested in the relationship of law and emotion in both practical and theoreical ways.

© 2017 selection and editorial matter, Renata Grossi and David West. Undoubtedly Romantic love has come to saturate our culture and is often considered to be a, or even the, major existential goal of our lives, capable of providing us with both our sense of worth and way of being in the world. The Radicalism of Romantic Love interrogates the purported radicalism of Romantic love from philosophical, cultural and psychoanalytic perspectives, exploring whether it is a subversive force capable of breaking down entrenched social, political and cultural norms and structures, or whether, in spite of its role in the fight against certain barriers, it is in fact a highly conservative impulse. Exploring both the grounds for the central place of Romantic love in contemporary lives and the meaning, extent and nature of its supposed radicalism, this volume considers love from a variety of theoretical perspectives, with attention to matters of gender, sexuality, class and ethnicity. With authors examining a range of questions, including the role of love in the same-sex marriage debate, polyamory and the notion of love as a political force, The Radicalism of Romantic Love illuminates a fundamental but perplexing aspect of our contemporary lives and will appeal to scholars across the social sciences and humanities with interests in the emotions and love as a social and political phenomenon.

This article will argue that emotional thinking and decision-making does not lead to an abandonment of objectivity when we drill down and consider what precisely we mean by both emotion and objectivity in law. In doing this I do not necessarily wish either to accept or to challenge the importance that objectivity occupies in our legal thinking, but merely to reconsider its definition and hope for a more nuanced conversation around its significance, purpose and function. I will argue that if we accept a meaning of emotion that connects it to rationality, and if we accept a meaning of objectivity which connects it to our agency, then emotion and objectivity are not opposites, but rather, two mutually reliant and essential parts of legal thinking and legal decision making.

© The Author(s) 2019. The 2017 High Court case of Thorne v Kennedy highlighted and sparked discussion around the injustice of financial agreements and when they may constitute unconscionability and undue influence. However, the case also raises another important discussion about the relationship between love and money. This article picks up this conversation. How does society navigate the distinctions we make between economic exchange and romance? Between altruism and commodification? And how should this be manifested in the law in general, and the law governing financial agreements specifically?

Grossi, R 2012, 'The meaning of love in the debate for legal recognition of same-sex marriage in Australia', International Journal of Law in Context, vol. 8, no. 4, pp. 487-505.View/Download from: Publisher's site

Love is ever-present in the debate for the legal recognition of same-sex marriage. Its importance, however, is often underestimated. I will show in this article that much can be gained by viewing this issue through the analytical lens of romantic love. This analysis will show that romantic love is a contested idea. On the one hand it claims to embody a radical and permissive ideology that is capable of penetrating established social and cultural divides. On the other hand, however, love has been accused of replicating patriarchy, and of being ideologically heteronormative. As such, love is not necessarily the answer needed to win the legal argument for same-sex marriage – not unless we begin a process of redefining love for our times. They say that the world was built for two Only worth living if somebody is loving you. © 2012, Cambridge University Press. All rights reserved.

Grossi, R 2018, 'What has happened to the feminist critique of romantic love in the same-sex marriage debate?' in Adriana, G-A, Gunnarsson, L & Jonasdottir, A (eds), Feminism and the Power of Love: Interdisciplinary Interventions, Routledge, London and New York, pp. 55-72.

Hoping to escape suffering it is to suffering that they run. In the desire for happiness, out of delusion, they destroy their own happiness, like an enemy.

Carter, D & Grossi, R 2018, 'Questioning the Claim that Love can Motivate Law', Annual Conference of the Law and Society Association of Australia and New Zealand, University of Wollongong.

Grossi, R 2018, 'Does contract law require us to be good?', Socio-legal studies association of the UK, UK.

Grossi, R 2015, ''Beyond flowers and chocolates: searching for a meaning for Valentine's Day'', ANU.