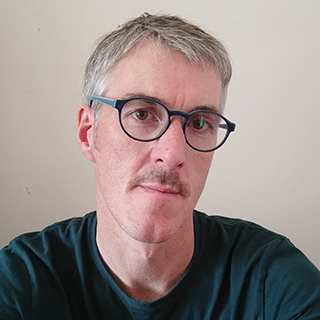 Paul has been involved in research projects on dating apps (their everyday use, and negotiations of safety); social media and sexual health promotion; young people's digital sexual cultures (including sexting, pornography & media literacies); and broader social research on health and wellbeing.

His book, Digital Media, Friendship and Cultures of Care will be published with Routledge in December 2020.

© 2019 Paul Byron, Brady Robards, Benjamin Hanckel, Son Vivienne, and Brendan Churchill. This article explores LGBTIQ+ young people's use of Tumblr-a social media platform often associated with queer youth cultures. Drawing on data from surveys (N = 1,304) and interviews (N = 23) with LGBTIQ+ young people in Australia, we argue that existing notions of "queer community" through digital media participation do not neatly align with young people's Tumblr practices. Our participants use Tumblr for connecting with others, yet these connections can be indirect, short term, and anonymous. Connections are often felt and practiced without directly communicating with other users, and many participants described their connections to the Tumblr platform itself as intense, pivotal to learning about genders and sexualities, and sometimes "toxic." We suggest that Tumblr use intensities reflect many young people's (dis)connections to queer life. Participant accounts of Tumblr use for identity, well-being, and (dis)connection practices can usefully inform health, education, and community workers engaging with LGBTIQ+ young people.

In interdisciplinary investigations into the relationships between pornography and its audiences, the issue of how to define the object of study is more complex than in studies situated within a single discipline. A Delphi panel of 38 leading pornography researchers from a wide range of disciplines was asked about various topics, including the definition of pornography. Qualitative and quantitative analyses of two rounds of survey responses suggested two different and-at first sight-incompatible definitions operating. The first was "Sexually explicit materials intended to arouse." The second was a culturally relative definition suggesting pornography has no innate characteristics. This technical report suggests that we should encourage researchers to choose which definition they want to use in a self-reflective way depending on the needs of the project, so long as they make it explicit and justify their decision.

Byron, P & Hunt, J 2017, ''That happened to me too': young people's informal knowledge of diverse genders and sexualities', SEX EDUCATION-SEXUALITY SOCIETY AND LEARNING, vol. 17, no. 3, pp. 319-332.View/Download from: Publisher's site

Byron, P, Albury, K & Evers, C 2013, '"It would be weird to have that on Facebook": young people's use of social media and the risk of sharing sexual health information', REPRODUCTIVE HEALTH MATTERS, vol. 21, no. 41, pp. 35-44.View/Download from: Publisher's site

Young people's participation in online and mobile media practices poses challenges for health promotion practitioners and sexuality educators. Adult professionals are often personally unfamiliar with 'controversial' social and mobile media practices, such as the production and sharing of digital self-portraits (or selfies). This chapter reflects on professional development activities conducted with adults working in the fields of sexuality education and health promotion. It suggests that theoretical and practical approaches grounded in the disciplines of media and cultural studies can promote an understanding of media practice which implicitly recognises young people's rights to access technologies as digital and sexual citizenship.

The 40 chapters in this volume offer a snapshot of the remarkable diversification of approaches and research within the field, bringing together a wide range of scholars and researchers from around the world and from different disciplinary ...

Byron, P & Albury, K 2018, '"There are literally no rules when it comes to these things": ethical practice and the use of dating/hook-up apps' in Dobson, AS, Robards, B & Carah, N (eds), Digital Intimate Publics and Social Media, Palgrave, London, pp. 213-229.

This chapter considers same-sex attracted young people's experiences of using dating/hook-up apps. Study participants suggest that these are unregulated spaces that require users to develop their own rules and codes of conduct. They discussed a range of personal rules that have evolved through their use of dating and hook-up apps, and user etiquette/conduct is discussed in relation to other users, with many accounts of improper conduct that is experienced and expected in these media. Dating/hook-up apps afford much surveillance and discipline (of self and others), through which codes of conduct are continually produced, challenged and revised through navigations of these 'unregulated' spaces. Drawing upon Foucault's discussion of moral codes and ethical subjectivity, this chapter considers how negotiating intimacy within these apps constitutes ethical self-practice.

Robards, B, Churchill, B, Vivienne, S, Hanckel, B & Byron, P 2018, 'Twenty years of 'cyberqueer': The enduring significance of the Internet for young LGBTIQ+ people' in Youth, Sexuality and Sexual Citizenship, Taylor and Francis, UK, pp. 151-167.View/Download from: Publisher's site

This chapter reflects on how 'cyberqueer' spaces - digitally mediated spaces inhabited by queer people - have changed and evolved over the past 20 years. In doing so, it explores the enduring significance of the Internet in the lives of young lesbian, gay, bisexual, transgender, intersex and queer (LGBTIQ+) people. We draw on data from an Australian survey and specifically look at different patterns of self-reported gender, sexuality and social media use across four age cohorts of young LGBTIQ+ people: aged 16-20, 21-25, 26-30 and 31-35 years. Findings from this study suggest that many of the productive and significant dimensions of the Internet identified by Wakeford for queer users some 20 years ago endure today, albeit in new forms amidst new challenges.