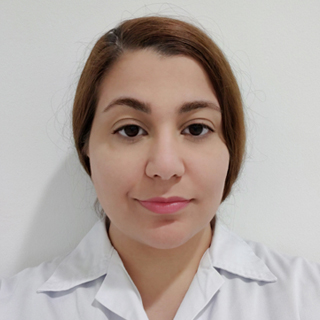 Vibrio vulnificus, a ubiquitous inhabitant of coastal marine environments, has been isolated from a variety of sources. It is an opportunistic pathogen of both marine animals and humans. Here, the genome sequence of V. vulnificus Env1, an environmental isolate resistant to predation by the ciliate Tetrahymena pyriformis, is reported.

Most opportunistic pathogens transit in the environment between hosts and the environment plays a significant role in the evolution of protective traits. The coincidental evolution hypothesis suggests that virulence factors arose as a response to other selective pressures rather for virulence per se. This idea is strongly supported by the elucidation of bacterial-protozoal interactions. In response to protozoan predation, bacteria have evolved various defensive mechanisms which may also function as virulence factors. In this review, we summarize the dual role of factors involved in both grazing resistance and human pathogenesis, and compare the traits using model intracellular and extracellular pathogens. Intracellular pathogens rely on active invasion, blocking of the phagosome and lysosome fusion and resistance to phagocytic digestion to successfully invade host cells. In contrast, extracellular pathogens utilize toxin secretion and biofilm formation to avoid internalization by phagocytes. The complexity and diversity of bacterial virulence factors whose evolution is driven by protozoan predation, highlights the importance of protozoa in evolution of opportunistic pathogens.

Protozoan predation is one of the main environmental factors constraining bacterial growth in aquatic environments, and thus has led to the evolution of a number of defence mechanisms that protect bacteria from predation. These mechanisms may also function as virulence factors in infection of animal and human hosts. Whole transcriptome shotgun sequencing of Vibrio cholerae biofilms during predation by the amoebae, Acanthamoeba castellanii, revealed that 131 transcripts were significantly differentially regulated when compared to the non-grazed control. Differentially regulated transcripts included those involved in biosynthetic and metabolic pathways. The transcripts of genes involved in tyrosine metabolism were down-regulated in the grazed population, which indicates that the tyrosine metabolic regulon may have a role in the response of V. cholerae biofilms to A. castellanii predation. Homogentisate 1, 2-dioxygenase (HGA) is the main intermediate of the normal L-tyrosine catabolic pathway which is known to auto-oxidize, leading to the formation of the pigment, pyomelanin. Indeed, a pigmented mutant, disrupted in hmgA, was more resistant to amoebae predation than the wild type. Increased grazing resistance was correlated with increased production of pyomelanin and thus reactive oxygen species (ROS), suggesting that ROS production is a defensive mechanism used by bacterial biofilms against predation by amoebae A. castellanii.