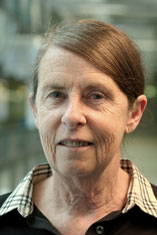 Associate of the Faculty, School of Civil and Environmental Engineering

Soils have traditionally been viewed and examined from an agricultural perspective - the importance of soil functions in urban situations is often overlooked. This book introduces a better understanding of soils in an urban environment. It explains what soils are, describes their significant properties and discusses how soils can influence and be influenced by human activities. It acknowledges the link between soils and ecological sustainability in the urban environment, and discusses the effect of climate change on soils in a variety of situations. The reference list at the end of each chapter provides a starting point from which more detailed and technical information can be found.

The overall objectives of this study were to examine the relationship between the concentrations of heavy metals such as Pb, Zn, Cu, and Cd in roadside soil derived from three different geological parent materials, Hawkesbury Sandstone, Wianamatta Shale, and Mittagong Formation and also to examine the influence of rainfall events on heavy metal concentrations in both the topsoil and the subsoil in all three soil types. In this paper, the focus is on lead and zinc.

The results obtained from the samples taken from an initial transect were used to select the location of the study sites. Soil samples were collected using a stainless steel auger at distances of 1, 5, and 10 m from the edge of two major roads of similar traffic volumes bordering a suburban park. At each of five study sites, samples were collected at depths of 0–10 and 10–30 cm, three times pre-rainfall (after extended periods of no rain) and three times post-rainfall (after intensive rainfall periods). The modified aqua regia digestion method was applied for heavy metal concentrations measurement. To determine the temporal dynamics of trace elements in the soils, sequential extractions were applied to all the topsoil samples according to the modified three-step sequential extraction procedure.

The corresponding concentrations of Pb and Zn were different for the soil derived from Hawkesbury Sandstone and Wianamatta Shale and also Mittagong Formation. The highest concentration of Pb was in the soil from Wianamatta Shale, 159.32 mg/kg and the highest concentration of Zn was in the soil from the Mittagong Formation, 254.12 mg/kg, all at a distance of 1 m from the roadside. From the sequential chemical extraction results, the rainfall substantially influenced the exchangeable fraction (F1) of Pb at a distance from the road of 1 m. A significant reduction of F1 was found for the soil derived from Mittagong Formation which also had the most significant...

Ecological communities are more than assemblages of species. In assessing the presence of many ecological communities, interpretation of soil properties and associated parent material has become a definitive component under environmental legislation worldwide, and particularly in Australia. The hypothesis tested here is that the geological parent material of a soil sample can be determined from particle size fraction data of the Marshall soil texture diagram. Supervised statistical classifiers were built from data for four particle-size fractions from four soil landscape publications. These methods were modified by taking into account possible autocorrelation between samples from the same site. The soil samples could not be classified with certainty as being derived from Wianamatta Group Shale or Hawkesbury Sandstone parent material. The classification of alluvial/fluvial-derived soils was no better than chance alone. A good classifier using four-fraction compositional data could not be built to determine geological parent material. Hence, the three size fractions of the Marshall soil texture diagram are insufficient to determine the geological parent material of a soil sample.

Colonisation in the late 18th century and subsequent settlement in New South Wales, Australia has led to the native vegetation on the more arable soils being cleared, leaving only scattered remnants of the original vegetation. These vegetation remnants have become of natural heritage significance and are now protected under State and National legislation. Vegetation communities on sandstone-derived soils, not suitable for agriculture, have also been reserved in National Parks since the 1890s. The case studies of saltmarsh restoration and the planning of three cities illustrate that legal recognition of the natural heritage value of the remnant vegetation contributes to improved ecologically sustainable outcomes. The presence of a listed vulnerable saltmarsh species Wilsonia backhousei led to the restoration of the degraded saltmarsh community in an urban redevelopment. The identification of corridors of conservation and heritage significance are central issues for the development of Appin-Wilton and of Spring Farm, part of the planned three cities. The case studies show the historic loss of environmental heritage vegetation and the implementation of conservation planning to accommodate the expanding population of Sydney. Application of environmental legislation has led to natural heritage vegetation being conserved and enhanced, hence reducing the environmental footprints of urban growth.

The Magenta Shores development fronts 2.3 km of Tuggerah Beach on a formerly sand mined and landfill site in an urban growth area on the central coast of New South Wales. To increase the natural defences against storm waves and mass sand movements, the incipient foredune was retained and the parallel beach ridge landform was re-established by mimicking natural processes. Analysis of waste and resources led to a coordinated large-scale onsite re-use, recycling and waste management program that reduced landfill, transportation and natural resource requirements. Bitou bush removed from the Coastal Protection Zone was incorporated into golf course soils to improve grass growth. Leachate in the groundwater from the former landfill was diverted away from Tuggerah Lake and re-used in golf course irrigation. Upgrade of the local sewer treatment plant and installation of a public dual pipeline servicing Magenta and the adjoining township satisfied irrigation demands and provided non-potable water for the existing and expanding urban community. The sustainability challenges of the project were met through clear identification of existing environmental risks, application of scientific research, integrated team management and stakeholdersâ cooperation.

Since 2001, the International Institute of Women in Engineering (IIWE) at EPF, Ecole d'ingenieurs generaliste, Sceaux, France, has conducted a 3 week short course for culturally and discipline diverse, recently graduated and final year engineering students. The aim of this course is to introduce young engineers to broad global concepts and issues relating to their future professional practice, through intercultural learning. The initial course programme provided examples of engineering practices in various countries throughout the world. However, to achieve an intercultural, multidisciplinary learning outcome, a specific course theme and a project focussing on sustainable engineering and the inclusion of a variety of industrial visits were introduced in 2006. This paper will discuss the success of the strategies used to engage international students in the IIWE course activities, and after consideration of the results of participant surveys, the curriculum initiatives that followed

Will everyone, please at some stage during the next few days take hold of a handful of soil and show it some respect? Grabsome, take a hard look at it, marvel at its workings, sing in praise of its chemistry, bless its bugs for being there and beforepiacing it on the ground, say thank you. If ever the environment had a poor relation, it is the soil. It has none of the romanceof furry animals, birds or butterflies and yet it is fundamental to life on earth

A short course of three weeks duration for recently graduated and final year engineering students has been conducted every year since 2001 at EPF, Ecole dâYingenieurs generaliste, Sceaux, France. The short course was run under the auspices of the International Institute of Women in Engineering (IIWE) with the aim of introducing young engineers to broad global concepts and issues relating to their future professional practice. The curriculum of this interdisciplinary and intercultural learning program has evolved over several years in iterative cycles of innovation, evaluation and fine-tuning the implementation. To assess the effectiveness of various initiatives in the content and delivery of the course, the participants in 2006 completed the same questionnaire prior to the commencement of, and at the conclusion of the course. Since then participants have completed a modified questionnaire at the end of their course, with questions specifically addressing changes to the course such as the introduction of a specific course theme, a group project and industrial visits focused on sustainable engineering. This paper reports on a selection of the results of these questionnaires and how these results have been used to make changes to the IIWE course.

Posters are used to convey information concisely and clearly. It requires judgement to decide on how much information to include, whether this information should be presented in a graphical or textual form, and how to organise the information in the space of the poster. A poster is the initial assessment task at the short course run by the International Institute of Women in Engineering (IIWE) at EPF, Ecole dâingenieurs generaliste, and in association with ParisX1 University. This three week short course has been offered since 2001 and is intended for recently graduated or final year engineering students from diverse cultural and disciplinary backgrounds. The poster was chosen as the initial assessment task because young professionals are generally asked to present in this way at professional conferences. There were several aims associated with use of the poster: 1. to develop studentsâ poster making skills 2. to help students who are shy or lacking confidence in English skills to be able to have a means of communication with each other and with staff 3. to initiate the discussion around the sustainability theme of the course. The poster display also defines the participantsâ space in a foreign university â it defines âour spaceâ for the duration of the course. The posters are assessed against criteria for both content and visual impact by three members of staff who provide feedback to the participants. An award for best poster is presented at the end of the course to recognise the skill involved in creating an effective poster.

Since 2001, The International Institute of Women in Engineering (IIWE) at EPF, Ecole ingenieurs generaliste, Sceaux, France, has conducted a three week short course for culturally and discipline diverse, recently graduated and final year engineering students. The aim of this course is to introduce young engineers to broad global concepts and issues relating to their future professional practice. The initial course program provided examples of engineering practices in a variety of countries. However, to achieve an intercultural learning outcome, a specific course theme of sustainable engineering was introduced in 2006, along with a variety of industrial visits. Subsequent course themes of energy efficiency (2007) and resource sustainability (2008) also require contributions from a variety of disciplines for viable solutions to be achieved. The multidisciplinary nature of the course has attracted male and female participants and presenters from many fields of engineering and from a variety of countries and cultures. This diversity of cultures of the participants and presenters from academia and industry also provides a unique opportunity to address issues of cultural awareness, and emphasises the importance of communication skills in the practice of modern engineering.

Since 2001 The International Institute of Women in Engineering (IIWE)at EPF, a Grande Ecole in France, has conducted a short course aimed at both female and male final year undergraduate or recently graduated engineers. The objectives of the course are to introduce students to the broad concepts and global issues they will encounter in their career and to initiate cultural awareness and communication skills required for the ever changing workplace. To demonstrate the success of this initiative, candidates were required to complete the same questionnaire prior to the commencement and at the conclusion of the course. This paper reports on some of the strategies used to engage international students in the course activities, and discusses the results of the 2006 before and after- course surveys.