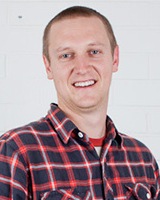 Aboriginal protest played a key role in undermining the celebratory settler-nationalism of the bicentennial in 1988. In the lead up to another major nationalist mobilisation, the centenary of the Gallipoli invasion on ANZAC Day 2015, extensive official efforts are being made to incorporate Aboriginal experiences into the day, through celebration of the role of Aboriginal people who served in Australia's armed forces.

This article provides a critical analysis of the 2014 NAIDOC theme as a way of exploring some of the tensions in this process. The NAIDOC theme, 'Serving Country: Centenary and Beyond', presented a continuity between Aboriginal soldiers in WW1 and Aboriginal warriors who fought in defence of their land during the 19th Century Frontier Wars.

In contrast, this article argues that the real historical continuity is between the massacres on the frontier, which often involved Aboriginal troopers fighting for the colonial powers, and the invasions undertaken by Australian soldiers in WW1. New research documenting the horrific scale on which Aboriginal people were killed by Native Police in Queensland in the second half of the 19th Century is integrated with studies of the political economy of Australian settler-capitalism in this period. This analysis is used to demonstrate how capitalist class interests drove both the Frontier Wars and the development of an Australian regional empire, which was consolidated by the mobilisation of Australian troops in WW1.

The article offers the author's insights regarding the Indigenous child removal in Australia. The author says that children are taken away from their families after they are reported to lost weight by the clinic under the mandates of the Australian government. She mentions that the Bringing Them Home report shows that child protection agencies cannot solve the problem of poverty and oppression and suggests the elimination of the practice

Analysis of a major government sponsored review into the operations of income management in the Northern Territory. Income management, which was initially solely targeted at Aboriginal communities in the Northern Territory under the "Intervention", continues to be racially discriminatory despite the reinstatement of the Racial Discrimination Act and an apparent broadening in focus to other sections of the population. There are parallels between changes designed to disguise the racist character of income management in 2011 and a redesign of Native Welfare regulations in the NT in the 1950s.

An analysis of the impact of the Northern Territory Intervention on the remote community of Daguragu. This article documents a substantial loss of productive resources in the community, along with the removal of citizenship rights, prompting leading community members to organise protest action.

An analysis of government sponsored reports evaluating the impact of the Northern Territory Intervention. This article argues that the "Community Safety and Wellbeing Study", released in Novermber 2011, was structured by the paternalistic ideology of the Intervention and can not be relied upon as proof that the Intervention is improving conditions in communities. Alternative evidence is presented to demonstrate harmful effects of the Intervention and argue against new "Stronger Futures" legislation.

A feature length documentary film highlighting the contemporary crisis of large-scale removal of Aboriginal children from their families across Australia. Written and Directed by Larissa Behrendt and produced by PurseKey films.

The major documentary film 'Utopia' launched with an open air screening at the Block in Redfern on January 22 that attracted approximately 4000 people.

Gibson, P UTS: Jumbunna Indigenous House of Learning 2017, It's like the Stolen Generations again: The forced removal of Aboriginal children by Child Protection services under the NT Intervention., Sydney, NSW.

Gibson, P 2018, 'After the Apology Lets Our Strong Voices Speak', The Koori Mail.

Gibson, P 2015, 'Aboriginal 'recognition' - A cover for assimilation', The Stringer.

Gibson, P 2015, 'Assimilation and the push to close communities', The Stringer.

Gibson, P 2015, 'Removed for being Aboriginal - Is the NT creating another Stolen Generation?', The Guardian Australia.

Gibson, P 2013, 'We have to stop the creation of another Stolen Generation', Guardian Australia.

A report compiled between researchers at Jumbunna Indigenous House of Learning evaluating the Stronger Futures consultation process against Australia's obligations under international law to consult with Aboriginal and Torres Strait Islander Peoples in relation to decisions that affect them.

The Report includes a 'Report Card' providing an overview of the efficacy of the consultation process.