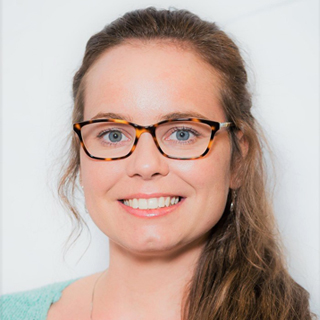 I began my career in environmental science by completing a Bachelor of Science in Marine Biology, then a Bachelor of Environmental Science (Honours) at the University of Technology Sydney (UTS). I then moved into industry working in a variety of positions including a laboratory technician in the biofuels industry, an environmental representative in the oil and gas industry, a marine researcher for a Not-for-profit Organisation and a researcher for the ecotoxicology department of state government. I then returned to UTS to complete a Doctorate of Philosophy with the Climate Change Cluster (C3) and Coastal Oceanography and Algal reSearch Team (COAST) investigating the toxicology an ecology of Gambierdiscus, the dinoflagellate genus associated with the human illness Ciguatera Fish Poisoning.

I am now continuing with the Climate Change Cluster (C3) and have started a Postdoctoral Research Associate Position investigating the evolution of biological bet-hedging strategies in a variable ocean.

© 2020 The Author(s) Ciguatera fish poisoning (CFP) is prevalent around the tropical and sub-tropical latitudes of the world and impacts many Pacific island communities intrinsically linked to the reef system for sustenance and trade. While the genus Gambierdiscus has been linked with CFP, it is commonly found on tropical reef systems in microalgal assemblages with other genera of toxin-producing, epiphytic and/or benthic dinoflagellates – Amphidinium, Coolia, Fukuyoa, Ostreopsis and Prorocentrum. Identifying a biomarker compound that can be used for the early detection of Gambierdiscus blooms, specifically in a mixed microalgal community, is paramount in enabling the development of management and mitigation strategies. Following on from the recent structural elucidation of 44-methylgambierone, its potential to contribute to CFP intoxication events and applicability as a biomarker compound for Gambierdiscus spp. was investigated. The acute toxicity of this secondary metabolite was determined by intraperitoneal injection using mice, which showed it to be of low toxicity, with an LD50 between 20 and 38 mg kg−1. The production of 44-methylgambierone by 252 marine microalgal isolates consisting of 90 species from 32 genera across seven classes, was assessed by liquid chromatography-tandem mass spectrometry. It was discovered that the production of this secondary metabolite was ubiquitous to the eight Gambierdiscus species tested, however not all isolates of G. carpenteri, and some species/isolates of Coolia and Fukuyoa.

© 2018 Japanese Society of Phycology Dinoflagellates of the genus Gambierdiscus are known to produce neurotoxins that cause the human illness ciguatera, a tropical and sub-tropical fish poisoning. Some species from the Gambierdiscus genus were recently re-classified into a new genus, Fukuyoa based on their phylogenetic and morphological divergence, however, little is known about their distribution, ecology and toxicology. Here we report the first occurrence of F. paulensis in the temperate coastal waters of eastern Australia and characterize its toxicology. Liquid chromatography–tandem mass spectrometry (LC–MS/MS) did not detect the presence of ciguatoxins, however, a putative maitotoxin congener (MTX-3) was present. Similarly, high maitotoxin-like activity was detected in High Performance Liquid Chromatography (HPLC) fractionated cell extracts using a Ca2+ influx bioassay on a Fluorescent Imaging Plate Reader (FLIPR), but no ciguatoxin-like activity was detected.

Experimentation at sea provides insight into which traits of ocean microbes are linked to performance in situ. Here we show distinct patterns in thermal tolerance of microbial phototrophs from adjacent water masses sampled in the south-west Pacific Ocean, determined using a fluorescent marker for reactive oxygen species (ROS). ROS content of pico-eukaryotes was assessed after 1, 5 and 25 h of incubation along a temperature gradient (15.6-32.1 °C). Pico-eukaryotes from the East Australian Current (EAC) had relatively constant ROS and showed greatest mortality after 25 h at 7 °C below ambient, whereas those from the Tasman Sea had elevated ROS in both warm and cool temperature extremes and greatest mortality at temperatures 6-10 °C above ambient, interpreted as the outcome of thermal stress. Tracking of water masses within an oceanographic circulation model showed populations had distinct thermal histories, with EAC pico-eukaryotes experiencing higher average temperatures for at least 1 week prior to sampling. While acclimatization and community assembly could both influence biological responses, this study clearly demonstrates that phenotypic divergence occurs along planktonic drift trajectories.

Ciguatera Fish Poisoning (CFP) is a human illness caused by the consumption of marine fish contaminated with ciguatoxins (CTX) and possibly maitotoxins (MTX), produced by species from the benthic dinoflagellate genus Gambierdiscus. Here, we describe the identity and toxicology of Gambierdiscus spp. isolated from the tropical and temperate waters of eastern Australia. Based on newly cultured strains, we found that four Gambierdiscus species were present at the tropical location, including G. carpenteri, G. lapillus and two others which were not genetically identical to other currently described species within the genus, and may represent new species. Only G. carpenteri was identified from the temperate location. Using LC-MS/MS analysis we did not find any characterized microalgal CTXs (P-CTX-3B, P-CTX-3C, P-CTX-4A and P-CTX-4B) or MTX-1; however, putative maitotoxin-3 (MTX-3) was detected in all species except for the temperate population of G. carpenteri. Using the Ca2+ influx SH-SY5Y cell Fluorescent Imaging Plate Reader (FLIPR) bioassay we found CTX-like activity in extracts of the unidentified Gambierdiscus strains and trace level activity in strains of G. lapillus. While no detectable CTX-like activity was observed in tropical or temperate strains of G. carpenteri, all species showed strong maitotoxin-like activity. This study, which represents the most comprehensive analyses of the toxicology of Gambierdiscus strains isolated from Australia to date, suggests that CFP in this region may be caused by currently undescribed ciguatoxins and maitotoxins.

Munday, R, Murray, S, Rhodes, LL, Larsson, ME & Harwood, DT 2017, 'Ciguatoxins and Maitotoxins in Extracts of Sixteen Gambierdiscus Isolates and One Fukuyoa Isolate from the South Pacific and Their Toxicity to Mice by Intraperitoneal and Oral Administration', MARINE DRUGS, vol. 15, no. 7.View/Download from: Publisher's site

Dinoflagellates belonging to the toxigenic genus Dinophysis are increasing in abundance in the Hawkesbury River, south-eastern Australia. This study investigates a twelve year time series of abundance and physico-chemical data to model these blooms. Four species were reported over the sampling campaign - Dinophysis acuminata, Dinophysis caudata, Dinophysis fortii and Dinophysis tripos-with D. acuminata and D. caudata being most abundant. Highest abundance of D. acuminata occurred in the austral spring (max. abundance 4500 cells l−1), whilst highest D. caudata occurred in the summer to autumn (max. 12,000 cells l−1). Generalised additive models revealed abundance of D. acuminata was significantly linked to season, thermal stratification and nutrients, whilst D. caudata was associated with nutrients, salinity and dissolved oxygen. The models' predictive capability was up to 60% for D. acuminata and 53% for D. caudata. Altering sampling strategies during blooms accompanied with in situ high resolution monitoring will further improve Dinophysis bloom prediction capability