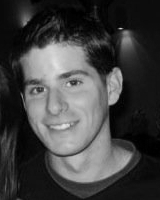 FtsZ is a tubulin-like GTPase that is the major cytoskeletal protein in bacterial cell division. It polymerizes into a ring, called the Z ring, at the division site and acts as a scaffold to recruit other division proteins to this site as well as providing a contractile force for cytokinesis. To understand how FtsZ performs these functions, the in vivo architecture of the Z ring needs to be established, as well as how this structure constricts to enable cytokinesis. Conventional wide-field fluorescence microscopy depicts the Z ring as a continuous structure of uniform density. Here we use a form of super resolution microscopy, known as 3D-structured illumination microscopy (3D-SIM), to examine the architecture of the Z ring in cells of two Gram-positive organisms that have different cell shapes: the rod-shaped Bacillus subtilis and the coccoid Staphylococcus aureus. We show that in both organisms the Z ring is composed of a heterogeneous distribution of FtsZ. In addition, gaps of fluorescence were evident, which suggest that it is a discontinuous structure. Time-lapse studies using an advanced form of fast live 3D-SIM (Blaze) support a model of FtsZ localization within the Z ring that is dynamic and remains distributed in a heterogeneous manner. However, FtsZ dynamics alone do not trigger the constriction of the Z ring to allow cytokinesis. Lastly, we visualize other components of the divisome and show that they also adopt a bead-like localization pattern at the future division site. Our data lead us to propose that FtsZ guides the divisome to adopt a similar localization pattern to ensure Z ring constriction only proceeds following the assembly of a mature divisome.

Investigating the Polymerization of the Bacterial Cell Division Protein FtsZ