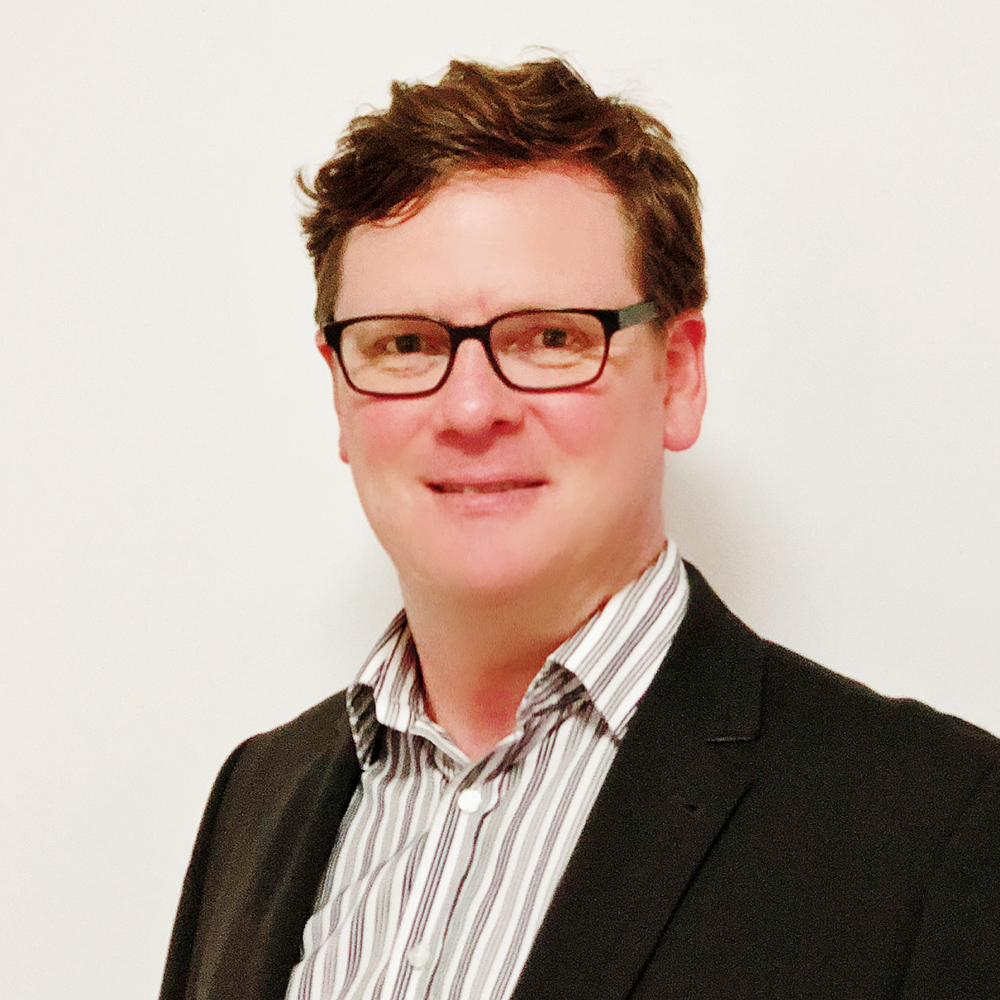 Before joining academia, Mark practised with leading law firms in Australia and the United Kingdom, specialising in litigation and insolvency law. Before joining UTS in December 2018, Mark was Legal Director of ARITA, the peak professional body for practitioners specialising in restructuring, insolvency and turnaround. Mark has published extensively on insolvency law in both industry and academic (peer-reviewed) journals and his work has been cited in significant public reports both in Australia and overseas. As well as a Master of Laws (Commercial Law major), Mark also has a Graduate Certificate in Academic Practice, a postgraduate qualification for academics working in the higher education sector.

With a clear structure making the book easy to navigate, the explanatory approach helps students to develop the analytical and problem-solving skills necessary for successful insolvency practice.

Until relatively recently, the appointment of a special purpose liquidator ("SPL") was largely confined to proven situations of actual or perceived conflict (or lack of independence) on the part of an incumbent liquidator. However, in recent years courts have entertained the appointment of a SPL in circumstances where no specific concerns are demonstrated with respect to the independence, conduct or judgment of the incumbent liquidator. This article critically analyses this new judicial attitude to SPL appointments and raises some legal and policy concerns with respect to their increasing use and prevalence.

Two recent judgments of the High Court of Australia have confirmed a tension between the legal effect of liquidation and bankruptcy on trust property and the duty of liquidators and trustees-in-bankruptcy to secure an insolvent's property upon their appointment. Recent case law demonstrates that insolvency practitioners are in a difficult position when there is doubt as to whether property legally owned by an insolvent is in fact held on trust. Prudence demands that a liquidator or trustee-in-bankruptcy secure property to which the insolvent holds legal title before assessing claims of an asserted beneficial owner. However, the High Court has confirmed that "mere" legal title in trust property will not vest in a trustee-in bankruptcy under s 58 of the Bankruptcy Act 1966 (Cth) and now it is doubtful whether s 468 of the Corporations Act 2001 (Cth) will always void a disposition of trust property after the commencement of a winding up.

An overview of a 2018 Report from the World Bank on the insolvency of micro, small and medium enterprises and its implications for Australian law reform.

A summary and analysis of the NSW Court of Appeal judgment in the case of 'Sanderson as Liquidator of Sakr Nominees Pty Ltd (in liq) v Sakr' [2017] NSWCA 38. The case and judgment relate to the principles governing the determination of liquidator remuneration, including the concept of 'proportionality'.

An overview and analysis of Queensland's new 'Chain of Responsibility' laws and ARITA's concerns and advocacy in respect of these new laws. In June 2016 the Queensland Government established a working group to assist in the development of a statutory guideline in respect of the new 'Chain of Responsibility' (CoR) laws. Under the legislation, the statutory guideline is something which the relevant Qld Government Department 'must have regard to' in deciding whether to issue an EPO. ARITA was invited to participate in this working group and has been vocal in expressing significant concerns about the CoR laws – primarily the potential exposure of insolvency practitioners to these new types of EPOs and the possible unintended consequences for external administrations.

This article explores the issue of income of bankrupts from the historical, theoretical and legislative viewpoints. After setting out the foundation for our present law, the article reviews the current statistics on the use of the existing legislative income contribution regime and analyses the jurisprudence which has made the notion of after-acquired income - and the ability of bankrupts to invest it - opaque. The article then canvasses the 'can pay, should pay' notion of income contributions by bankrupts together with the current debate on 'making them pay'.

Deeds of company arrangement ('DOCAs') under Part 5.3A of the Corporations Act appear be something of a limited success. However, the use and outcomes of DOCAs raise legitimate questions as to whether the level of returns currently being achieved for creditors might be improved by legislative reform. The 2013 ARITA Terry Taylor Scholarship project entailed a review of a random sample of executed DOCAs effectuated between 1 August 2012 and 31 July 2013. This review was undertaken with the intention of producing a 'snapshot' of current trends and outcomes of the use of DOCAs in practice – ie, average (or typical) rates of dividends paid, what DOCAs customarily achieve, the profile of the companies executing DOCAs and the average duration of DOCAs. The purpose of this review was to empirically assess the use and effectiveness of DOCAs in order to inform the ongoing debate about the success or otherwise of Australia's Part 5.3A voluntary administration regime (which recently marked its 20 year anniversary).

This article is something of a brief extension of recent research into deeds of company arrangement (DOCAs) under Pt 5.3A of the Corporations Act 2001 (Cth), conducted with the support of the Australian Restructuring Insolvency & Turnaround Association's (ARITA's) Terry Taylor Scholarship (TTS). This article presents some of the findings of that research (namely, the dividend outcomes delivered by sampled Australian DOCAs) in a manner consistent with reports which have recently emerged from similar research conducted in the UK. In so doing, a basic comparison can be made of the performance of Australian DOCAs against analogous UK procedures.

This article discusses what recent statistics and public reports reveal about the funding of GEERS (now the FEG) and its bottom line. The article examines (1) whether there has been a "blowout" in the scheme which guarantees the recovery of employee entitlements in liquidations and (2) what might be done to put the scheme on a firmer fiscal footing.

This article analyses the inconsistent approaches taken by courts when interpreting provisions of the Corporations Act which address debts or expenses "incurred" by receivers, administrators and liquidators. The article contends for a consistent construction of these provisions which will enable the legislation to operate (as was intended) for the benefit of persons who supply goods, services or labour to companies in external administration. The article explains how and why debts can be "incurred" by insolvency practitioners continuing on pre-existing contracts. Specifically, the article contends for a construction of ss 419 and 443A of the Corporations Act which renders receivers and administrators personally liable for certain entitlements of employees (eg, wages and superannuation contributions) which become due and payable by reason of the decision of a receiver or administrator to continue a pre-existing contract rather than terminate it.

In the 10 years since the addition of uncommercial transactions to the table of deemed "debts incurred" in s 588G(1A) of the Corporations Act, the sub-section has arguably achieved little. This article explains why this has been so, and what needs to be done to enable this aspect of Australia's insolvent trading laws to operate effectively and as originally intended.

This article addresses in depth the question of whether section 420A of the Corporations Act 2001 (Cth) imposes 'strict liability' upon a controller for the failure of an agent or expert to take reasonable care. The weight of existing authority appears to suggest that controllers are liable under s 420A for the carelessness of their agents or expert advisers. However, a closer analysis of the text of the provision and relevant Australian and UK case law demonstrates that this aspect of the statutory construction of s 420A remains very much an open question. This article ultimately contends for a construction of s 420A which requires a controller to adequately supervise and scrutinise, but which does not render a blameless controller strictly liable for all careless acts and omissions of agents and expert advisers.

Wellard, MN & Walton, P 2012, 'A comparative analysis of Anglo-Australian pre-packs : can the means be made to justify the ends?', International Insolvency Review.View/Download from: Publisher's site

Pre-packaged administrations have been prevalent in the UK for years. However, Australia's voluntary administration regime has been more restrictive of the practice. This article analyses the evolution of UK pre-packs, why they are not prevalent in Australia and the challenges for UK and Australian lawmakers in striking the right balance with pre-packs in their respective administration regimes. The article proposes a mechanism that might make 'connected-party' pre-pack business sales work more fairly for stakeholders — that is, by obligating a connected-party purchaser to make a future-income contribution in favour of the insolvent company whose business has been 'rescued' by a pre-packaged sale in administration.

On 31 March 2011 the UK Government announced new measures to regulate the use of pre-packaged sales in administration. The legislation is not expected until later in 2011, but the announcement heralds a shift in regulatory attitudes towards pre-packs in the UK which should give all local pre-pack advocates pause for thought when considering the merits of embracing the procedure in Australia. In the Jan-March 2011 edition of the Australian Insolvency Journal, an interesting article by Nicholas Crouch and Shabnam Amirbeaggi extolled the virtues of pre-packs and called for "legislative reform to embrace pre-packs" in Australia. By way of reply (and in a spirit of constructive debate) this article respectfully contends that while pre-packs certainly have their place in preserving business value in certain circumstances, Australia should be careful not to sleepwalk into adopting a procedure which legitimises phoenixing at the expense of creditor confidence and participation in our insolvency regime.

Wellard, MN 2014, 'A sample review of Deeds of Company Arrangement under Part 5.3A of the Corporations Act', Australian Restructuring Insolvency and Turnaround Association.

An empirical review of the operation of Part 5.3A of the Corporations Act 2001 (Cth) is timely given that Australia's corporate rescue regime marked its 20 year anniversary in 2013. The research project culminating in this report was funded by the 2013 ARITA Terry Taylor Scholarship and entailed a review of a random sample of 72 executed DOCAs (and associated reports and returns) which were effectuated between 1 August 2012 and 31 July 2013. This sample review of DOCAs was undertaken with the intention of producing a 'snapshot' of current practices and trends pertaining to DOCAs – ie, average (or typical) rate of dividends paid, the outcomes or goals which DOCAs customarily achieve (eg, genuine company rescues, workouts, enhanced asset realisations or 'quasi-liquidations'), the profile of the companies executing DOCAs and the average term/duration of DOCAs. The purpose and value of this sample review was to empirically assess the use and effectiveness of one important aspect of Part 5.3A and to further inform consideration and debate as to whether changes are warranted to Australia's voluntary administration regime.