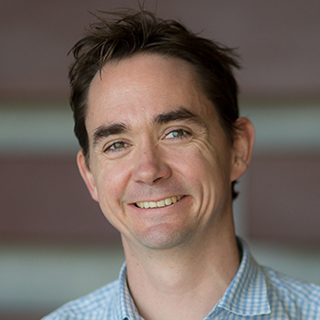 Marc West is the Associate Director of the Defence Innovation Network on secondment from the Defence Science and Technology group where, as an operations researcher, he provided advice to Defence, based on modelling and analysis, to improve capability across the Defence life-cycle. He has worked as liaison to the Navy as Staff Officer (Science) at Fleet Headquarters, providing advice to, and linking DST with, Navy’s Fleet Command. He is interested in science for decision makers; from the question development, to the science and connections needed to solve that question, and then communicating the results to best help the decision maker and influence the outcomes

© 2019, © 2019 The Research Trust of Victoria. Are Australian political leaders an endangered species? A survival analysis of Australian politicians shows that modern leaders are having almost as tough a time as leaders were in the early days of Australian politics. This article examines the tenures of Prime Ministers and Federal Opposition Leaders to show that while the leadership turnover of the last decade has been high, the modern era is not unlike the Australian parliament after 1901, albeit for different reasons. The parliamentary tenures of members of the House of Representatives and the Senate, male and female members of both houses, and Labor and Liberal leaders have been compared using the survival analysis technique, and while simple statistical tests and descriptors may show little overall difference between the various survival curves, there are often intriguing differences in the detail. For instance, there is evidence supporting the notion that women have historically not been preselected in safe seats. The differing electoral cycles are apparent in the Senate and House of Representative data, as is the historical under-representation of women. Labor leaders tend to have had a higher survival rate, at least in the short term, than their Liberal counterparts, while longer time periods are influenced by long-serving Liberal Prime Ministers.

© 2010, Copyright 2010 Taylor and Francis Group LLC. Piracy in the Gulf of Aden and the waters around Somalia has increased dramatically in recent years. This paper describes a number of analysis techniques that could be used with Automatic Identification System (AIS) data to help characterise merchant shipping traffic and traffic flows. Through this analysis, the increase in piracy incidents in the Indian Ocean may be explained as a result of naval patrols and ships adhering to advice whilst in the Gulf of Aden, which has forced an evolution in piracy tactics where ships are attacked at a considerable distance offshore. This style of data analysis is useful when planning future counter-piracy operations.

Copyright © 2019 The Modelling and Simulation Society of Australia and New Zealand Inc. All rights reserved. Naval replenishment vessels play an important role in military operations as they resupply and sustain other military units, allowing them to react quickly and perform their required roles for an extended period of time. They may replenish naval task groups with fuel (both maritime fuel and aviation fuel for helicopters), stocks (food, ammunition etc.), and also may support deployed land forces. This study examines the trade-offs between various replenishment ship types supporting naval operations, and finds through sensitivity analysis that the level of risk regarding fuel and stock availability a task group of ships wishes to take on is a key factor in determining an optimal replenishment fleet. A scheduling model was built in which a task group of military assets was replenished indefinitely by replenishment vessels, which travelled back and forth to a distant port to restock themselves. Subject to constraints and demands, a number of measures of effectiveness were developed in order to examine the replenishment ship fleet. These include the amount of time a replenishment ship is not needed and remains in port (slack time) within a particular schedule, and the maximum distance off shore a combination of replenishment ships can support naval and joint operations.

West, M & kachoyan, B 2018, 'Deriving an exact batting survival function in cricket', University of the Sunshine Coast.View/Download from: Publisher's site

This paper derives a general batting survival function from a minimalist set of assumptions, specifically taking into account that a different number of runs can be scored at each point of an innings. It is shown how this approaches a memoryless survival function at a moderately low score. The paper also shows that an estimate of the value of the underlying parameters can be derived from a batsman's aggregated data summaries available from most common cricket databases. Finally the paper compares the theoretical survival function with those derived from product limit estimates (PLE) to reinforce both that the theoretical distribution is a good estimate of any underlying distribution, and that the whole PLE curve is useful for highlighting specific characteristics in the careers of individual batsmen.

Asymmetric and terrorist threats stand as perhaps one of the greatest threats to maritime forces at present. Accordingly, there has been an increase in the study of problems related to this threat in the defense community. This report discusses models related to maritime security, area and port force protection. The primary focus is the discussion of an area force protection model designed to consider the situation where an escorted vessel traveling through constrained waters comes under attack by a fast, small boat. A method where discrete bursts of gunfire are averaged over time to provide an effectiveness model is presented and used to identify the likelihood of defending against such an attacker. The approach is also used to identify the effects of ship maneuvers and augmentation teams in improving the probability of a positive outcome. Three other models that examine port scenarios are presented. The first is based on the same methodologies as the area force protection model and gives a measure of the ability to neutralize an incoming threat by a shore-based or moored defender. For the others, one uses an agent-based approach to identify how the positioning of a patrol boat guarding a particular asset affects its response capabilities, while the other introduces a ship-turning model to help define the areas in a port that could be struck by a hijacked commercial vessel. For all models, an example of the type of output that can be produced is presented.