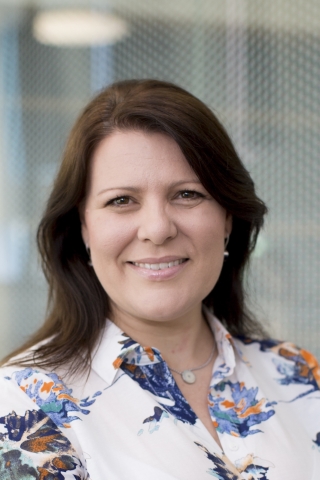 Mara Giribaldi is currently working as an Orthoptist in clinical practice and since graduating with a Bachelor of Applied Science in Orthoptics from the Faculty of Health Sciences at the University of Sydney in 1994 has worked in varying roles both in the public and private sector.

Since then, Mara has worked in various orthoptic roles encompassing areas such as paediatric clinics, neurology and brain injury units, glaucoma and cataract clinics, LASIK environments, private Orthoptic practice, school vision screening, baby health clinics and since 2001 predominantly in the niche area of macular degeneration, medical retina, retinal diagnostics and ocular photography and angiography. Mara’s involvement in this niche area and in International clinical research retinal trials has allowed her to gain internationally recognized certifications in retinal diagnostics and photography and has also led to becoming the Orthoptics Australia (OA) ‘Upskill’ clinical instructor in this area. Since 2007 qualification was gained as a certifier in visual acuity assessment protocols for both Australian and international research trial sites.

Mara has a strong interest in clinical research and has presented at many national and international conferences, has been involved in the development of postgraduate training and competency standards in a private clinical setting and is very active in teaching students whilst on their clinical placement during her workweek.

Previously, as an Associate lecturer in the Discipline of Orthoptics, University of Sydney, Mara lectured in retinal conditions and retinal diagnostics including facilitating tutorials for many undergraduates in this subject.

Mara has received a Rotary 'Pride of Workmanship Award' and was the 2014 Orthoptics Australia Mary Wesson Award recipient for significant contribution to both Orthotpics Australia and the Orthoptics profession.

Mara's role at the Graduate School of Health, Discipline of Orthoptics is threefold.