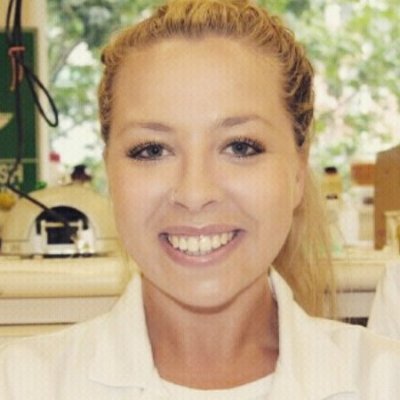 Mackenzie teaches and researches in the areas of Chemistry and Forensic science, having completed her Bachelor of Forensic Science in Applied Chemistry (First Class Honours) in 2012 and her PhD in 2017, both at UTS. Her research focused on the development of latent fingermarks on porous substrates that have been wet.  She has more recently moved into Fire Investigation and supervisors Honours students in this area.

Mackenzie has been well recognised for her achievements during her short career;

Single metal deposition (SMD II) is a fingermark detection technique based on the use of colloidal gold. The technique has been simplified and optimised over the years to become more reliable, sensitive and user-friendly. Physical developer (PD) is a well-established detection method based on silver deposition from a redox solution. This study presents an extensive comparison of SMD II against PD for fingermark detection on porous substrates. The two techniques were compared as (i) standalone methods, (ii) in sequence after the application of routine amino acids reagents (1,2-indanedione/zinc followed by ninhydrin), and (iii) after the substrates have been wet. More than 1000 fingermark specimens were processed. Overall, the performance of SMD II was judged to be inferior to that of PD; therefore, SMD II cannot be recommended as a valid replacement for fingermark detection on porous substrates. Indanedione/zinc and ninhydrin application negatively impacts on SMD II performance and the technique gave inconsistent results across the selected range of porous substrates. Moreover, the detected fingermarks lacked contrast making their visualisation difficult. However, even if PD remains the technique of choice, SMD II showed significant potential. It proved to be less affected by donor variability and it can be applied on both porous and non-porous substrates. It did not lead to uncontrolled background staining that commonly occurs with PD. If contrast and consistency issues can be addressed in future research, SMD II may become a viable alternative to PD.

Students in first-year chemistry classes come from a variety of backgrounds, with many students unaware of the qualities and behaviors of a professional scientist. Throughout their degree, students will gradually develop their cognitive skills, but they may not be adequately taught or assessed on their professional behavioral skills as a scientist until late in the undergraduate course. By assessing the professional skills of students in first-year chemistry practical classes, this innovation commenced the development of students’ professional identity from the beginning of their university experience. The skills that were assessed included preparedness, cooperation in the group activities, working safely in the laboratory, and time management. By engaging students with professional behaviors and what it means to be a scientist during their first semester, students can potentially carry this through their whole undergraduate degree. This task was received positively by students and staff with over 50% of students believing it increased their confidence in the laboratory. Staff also saw a significant improvement in student behavior and engagement because of this task.

This paper describes the application of a luminescent lipid stain, nile red, for the development of latent fingermarks on porous surfaces. An optimised formulation is presented that provides rapid development of latent fingermarks on porous surfaces that are or have been wet. A comparison with physical developer (PD), the method of choice to enhance such fingermarks, indicated that nile red was a simpler and more stable technique for the development of fingermarks. The nile red formulation showed similar performance to PD across a range of substrates and ageing conditions, although PD still showed greater sensitivity on five-year-old examination booklets used in a pseudo-operational study. The pseudo-operational trial also indicated that nile red consistently developed different fingermarks to those enhanced by PD, suggesting that it preferentially targets a different fraction of the latent fingermark deposit. Significantly, the compatibility of nile red in a detection sequence with indanedione-zinc, ninhydrin and PD is reported.