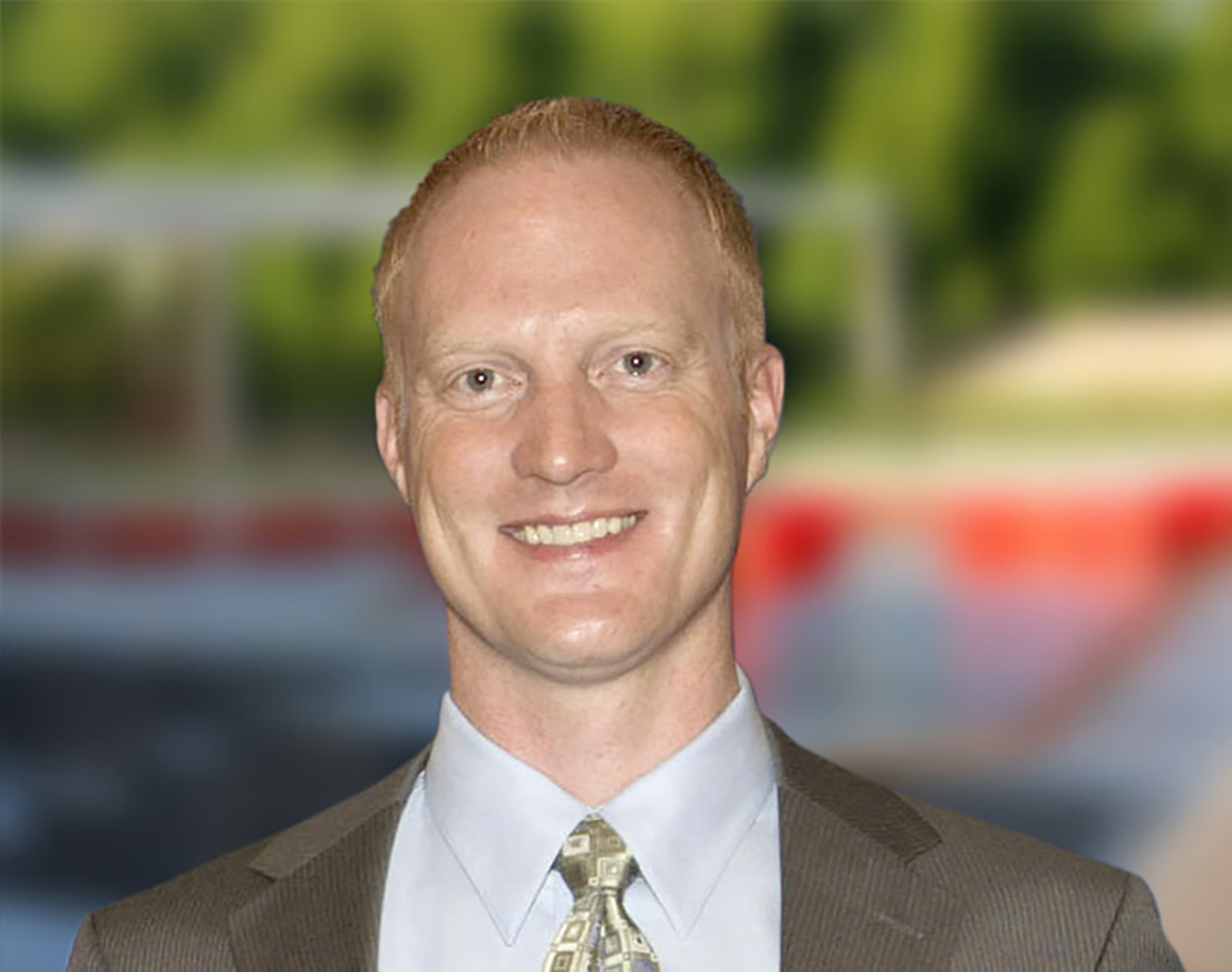 In 2019 Dr Klaus Gebel joined the University of Technology Sydney as a Senior Lecturer in Public Health. Klaus is also an Adjunct Senior Research Fellow at the Sydney School of Public Health of the University of Sydney. He has master degrees in exercise science from the German Sport University Cologne and Victoria University, Melbourne, where he first specialised on exercise for rehabilitation and then on physical activity and public health. He did his PhD at the School of Public Health of the University of Sydney under the supervision of Professors Adrian Bauman and Neville Owen. His main research areas are the relationship between built environments, physical activity and health and health effects of physical activity. Klaus has studied and worked at seven universities in three countries, has given conference presentations and invited guest lectures on six continents, and has received multiple grants, scholarships and awards. Through the media (including London Times, New York Times, Japan Times, Forbes, Playboy) his paper on physical activity intensity and mortality in JAMA Internal Medicine reached more than 1.1 billion people and he was also invited to present the findings from this study in a TEDx talk. Klaus also co-edited a book entitled "Walking - Connecting Sustainable Transport with Health", which brought together experts from urban planning, transportation and public health.

2009: Best oral presentation by a student at the annual conference of the International Society for Behavioral Nutrition and Physical Activity, Lisbon, Portu­gal.

Methods
In 2018, we performed a content analysis of policies of journals in the disciplines of ‘epidemiology and public health’ and ‘general and internal medicine’. Journal policies were searched, extracted, coded and cross-checked. The associations of disciplinary categories and journal impact factors with journal policies were examined using Poisson regression models with a robust error variance.

Results
A total of 209 journals, including 122 in epidemiology and public health and 87 in general and internal medicine, were sampled and their policies investigated. Overall, 18% of journals did not have any policies on either practice, 33% only referred to a generic guideline or checklist without explicit mention about either practice, 36% included policies on duplicate publication and only 13% included policies on both duplicate and salami publication. Having explicit journal policies did not differ by journal disciplinary categories (epidemiology and public health vs general and internal medicine) or impact factors. Further analysis of journals with explicit policies found that although duplicate publication is universally discouraged, policies on salami publication are inconsistent and lack specific definitions of inappropriate divisions of papers.

OBJECTIVES:To examine (1) the effect of new dock-less bicycle-sharing programmes on change in travel mode and (2) the correlates of change in travel mode. DESIGN:A retrospective natural experimental study. SETTING:12 neighbourhoods in Shanghai. PARTICIPANTS:1265 respondents were recruited for a retrospective study in May 2017. MAIN OUTCOME MEASURES:Prevalence of cycling before and after launch of dock-less bicycle-sharing programme. RESULTS:The proportion of participants cycling for transport increased from 33.3% prior to the launch of the bicycle-sharing programmes to 48.3% 1 year after the launch (p<0.001). Being in the age group of 30-49 years (OR 2.28; 95% CI 1.30 to 4.00), living within the inner ring of the city (OR 2.27; 95% CI 1.22 to 4.26), having dedicated bicycle lanes (OR 1.37, 95% CI 1.12 to 1.68) and perceiving riding shared bicycles as fashionable (OR 1.46, 95% CI 1.21 to 1.76) were positively associated with adopting cycling for transport. Access to a public transportation stop/station (OR 0.82, 95% CI 0.67 to 0.99) was inversely correlated with adopting cycling for transport. CONCLUSIONS:Dock-less bicycle sharing may promote bicycle use in a metropolitan setting. Findings from this study also highlight the importance of cycling-friendly built environments and cultural norms as facilitators of adopting cycling.

Background:Physical activity recommendations state that for the same energy expenditure, moderate-to-vigorous physical activities (MVPAs) produce similar health benefits. However, few epidemiological studies have tested this hypothesis. Design:We examined whether, compared with moderate, vigorous activity was associated with larger mortality risk reductions. Methods:Data from 11 cohorts of the Health Survey for England and the Scottish Health Survey, collected from 1994 to 2011 (mean (SD) follow-up, 9.0 (3.6) years). Adults aged ≥30 years reported MVPA and linkage to mortality records. Exposure was the proportion of self-reported weighted MVPA through vigorous activity. Outcomes were all-cause, cardiovascular disease (CVD) and cancer mortality. Results:Among 64 913 adult respondents (44% men, 56% women, mean (SD) age, 49.8 (13.6) years), there were 5064 deaths from all-causes, 1393 from CVD and 1602 from cancer during 435 743 person-years of follow-up. Compared with those who reported no vigorous physical activity, and holding constant the volume of weighted MVPA, vigorous activity was associated with additional reductions in mortality risk. For all-cause mortality, the adjusted HR was HR=0.84 (95% CI 0.71, 0.99) and HR=0.84 (95% CI 0.76, 0.94) among those who reported between >0% and<30%, or ≥30% of their activity as vigorous, respectively. For CVD and cancer mortality, point estimates showed similar beneficial associations yet CIs were wider and crossed unity. Conclusion:Vigorous activities were associated with larger reductions in mortality risk than activities of moderate intensity, but no evidence of dose-response effects was found.

Despite the widely publicized health benefits of physical activity, a large proportion of the world's population is insufficiently active or completely inactive. The 2018 edition of the Physical Activity Guidelines for Americans (PAGA18) was a mammoth feat that took over 2 years to complete and resulted in a 779-page report in early 2018, followed by the publication of the summary guidelines in the Journal of the American Medical Association. In this Viewpoint, the authors (1) summarize the key components of the PAGA18 with respect to adults, and (2) discuss the implications for the general public and health care practitioners. J Orthop Sports Phys Ther 2019;49(7):487-490. doi:10.2519/jospt.2019.0609.

© 2017 Our objective was to describe patterns and predictors of sedentary behavior (sitting time) over 10 years among a large Canadian cohort. Data are from the Canadian Multicentre Osteoporosis Study, a prospective study of women and men randomly selected from the general population. Respondents reported socio-demographics, lifestyle behaviors and health outcomes in interviewer-administered questionnaires; weight and height were measured. Baseline data were collected between 1995 and 1997 (n = 9418; participation rate = 42%), and at 5- (n = 7648) and 10-year follow-ups (n = 5567). Total sitting time was summed across domain-specific questions at three time points and dichotomized into “low” (≤ 7 h/day) and “high” (> 7 h/day), based on recent meta-analytic evidence on time sitting and all-cause mortality. Ten-year sitting patterns were classified as “consistently high”, “consistently low”, “increased”, “decreased”, and “mixed”. Predictors of sedentary behavior patterns were explored using chi-square tests, ANOVA and logistic regression. At baseline (mean age = 62.1 years ± 13.4) average sitting was 6.9 h/day; it was 7.0 at 5- and 10-year follow-ups (p for trend = 0.12). Overall 23% reported consistently high sitting time, 22% consistently low sitting, 14% decreased sitting, 17% increased sitting with 24% mixed patterns. Consistently high sitters were more likely to be men, university educated, full-time employed, obese, and to report consistently low physical activity levels. This is one of the first population-based studies to explore patterns of sedentary behavior (multi-domain sitting) within men and women over years. Risk classification of sitting among many adults changed during follow-up. Thus, studies of sitting and health would benefit from multiple measures of sitting over time.

Sushames, A, Engelberg, T & Gebel, K 2017, 'Perceived barriers and enablers to participation in a community-tailored physical activity program with Indigenous Australians in a regional and rural setting: a qualitative study', INTERNATIONAL JOURNAL FOR EQUITY IN HEALTH, vol. 16.View/Download from: Publisher's site

© 2014 Society for Public Health Education. The Get Healthy Information and Coaching Service® (GHS) was introduced in New South Wales in February 2009. It used mass reach media advertising and direct mail and/or proactive marketing to recruit participants. This article reports on the long-term impact of the campaign on GHS participation from July 2011 to June 2012. A stand-alone population survey collected awareness, knowledge, and behavioral variables before the first advertising phase, (n = 1,544, August-September 2010), during the advertising period (n = 1,500, February-March 2011; n = 1,500, June-July 2011; n = 1,500, February 2012), and after the advertising period (n = 1,500, June-July 2012). GHS usage data (n = 6,095) were collated during July 2011-June 2012. Unprompted and prompted awareness of GHS mass media significantly increased (0% to 8.0%, p <.001; and 14.1% to 43.9%, p <.001, respectively) as well as knowledge and perceived effectiveness of the GHS. Those from the lowest three quintiles of socioeconomic disadvantage and respondents who were overweight or obese were significantly more likely to report prompted campaign awareness. The majority (84.4%) of new GHS calls occurred when television advertising was present. Participants who cited mass media as their referral source were significantly more likely to enroll in the intensive coaching program. Mass media campaigns remain an effective method of promoting a telephone-based statewide lifestyle program.

The World Health Organization and other international health promotion organisations and agencies have recognised physical inactivity as a major health risk factor. However, physical inactivity still receives less attention than other risk factors for non-communicable diseases (e. g. tobacco use, unhealthy diets and overweight). Therefore, in 2009 the Council for Global Advocacy for Physical Activity (GAPA) of the International Society for Physical Activity and Health (ISPAH) initiated the development of the first Charter for Physical Activity as a global call for action. The Charter was presented at the International Congress on Physical Activity and Public Health in Toronto, Canada, in May 2010. A strategic implementation of the Charter fosters intersectoral collaboration and can significantly contribute to increasing the prevalence of a population-wide active lifestyle. © 2011 Springer Medizin Verlag.

© 2011 Elsevier B.V. All rights reserved. The increased prevalence of sedentariness and obesity is a growing concern in public health. However, the factors driving the rise in levels of sedentariness and obesity are not fully understood yet. As individual factors cannot fully explain the rapid increase over a relatively short period of time, there is growing recognition that the environment in which individual behavioral decisions are made plays an important role as well. Environments can be obesogenic by encouraging the consumption of energy dense food or discouraging physical activity or both. Using the analysis grid for environments linked to obesity (ANGELO) framework, this article discusses how different economic, physical, sociocultural, and policy aspects of the neighborhood environment are linked with physical activity and obesity. It is concluded that the literature on environmental influences on physical activity and obesity is still at an early stage of development. Most studies conducted to date lack a clear theoretical framework and have almost exclusively relied on cross-sectional research methods. As a result, substantial scientific uncertainty remains regarding causal relationships and the mechanisms by which environmental components operate.

© Oxford University Press, 2010. All rights reserved. This chapter reviews the progress and issues in generating an evidence base to inform policy and practice in the area of environmental interventions and physical activity. It begins by reviewing some of the broader issues related to the nature of evidence and research in this field. It then describes a framework of 'evidence', specifically: summarizing the available evidence using recent review papers and original studies published in the peer-reviewed literature; and considering other 'forms of evidence' that might be available and usually missed by reviews based solely on publications in the peer reviewed literature. The chapter reconsiders the 'evidence base' and the reasons for the recent policy response. Gaps in research evidence in this area of public health are also presented to provide direction to what future research is needed, but also to highlight the limitations of the current evidence base.