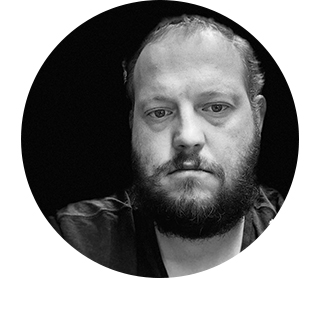 Dr Keith Heggart is an early career researcher with a focus on learning and instructional design, educational technology and civics and citizenship education. He is currently exploring the way that online learning platforms can assist in the formation of active citizenship amongst Australian youth.

Keith is a former high school teacher, having worked as a school leader in Australia and overseas, in government and non-government sectors. In addition, he has worked as an Organiser for the Independent Education Union of Australia, and as an independent Learning Designer for a range of organisations.

Keith has been successful in attaining grants from the Royal Society for Arts, Manufactures and Commerce and also Penrith City Council.

Heggart, K, Arvanitakis, J & Matthews, I 2019, 'Civics and citizenship education: What have we learned and what does it mean for the future of Australian democracy?', Education, Citizenship and Social Justice, vol. 14, no. 2, pp. 101-117.View/Download from: Publisher's site

The ambitious project to nationalise the Australian Curriculum has prompted great interest among policymakers, academics and civics teachers in Australian schools. The government-led citizenship education initiative Discovering Democracy (1997–2007) comprehensively failed to meet its objectives, most prominently the stated goal of developing active citizens. This article has twin objectives: to explore the ways in which government-directed civics education programmes have fallen short; and to argue for a shift in our approaches to civics education, in terms of both content and delivery, drawing on the surplus model, which credits students with unique ideas, knowledge and experiences. We draw upon Justice Citizens, an alternative approach to Civics Education that foregrounds students’ own interests and abilities as central to their development into active citizens as an example of the educational practices that can promote and strengthen active citizenship among school students. From this programme and other research, we discuss four student-centred themes that should inform further civics education curriculum development.

This paper explores the benefits of coteaching a philosophy and ethics subject for final year Australian primary preservice education students. It depicts the learning experiences of two early career academics, who were the coresearchers and coauthors of this article. A third author acted as a critical friend who facilitated reflective discussion around their coteaching practices. The coteachers adopt the living theory methodology to investigate collaborative coteaching as an effective model of instruction in higher education through a case study of their own practice. The primary data sources include both coteachers’ weekly journals, an interview discussion with a critical friend, informal conversations and student surveys. The main themes emerging from the data include: the evolution of the coteaching relationship, practitioner learning and the viability of coteaching as an effective pedagogical tool. The findings illustrate the potential benefits of collaborative coteaching, particularly within the teacher education field.

Maximal citizenship educators are committed to advancing an approach to citizenship learning with the following staple features: learner-centred; experiential; problem- and action-oriented; racialised, classed and gendered analysis of power; and strengthening the public sphere and democracy. This type of approach to education shares many similarities with the principles of critical pedagogy. However, there have been valid arguments that Frankfurt School Critical Theory inspired pedagogy still tends to focus on class, at the expense of gender and race, analyses. This article seeks ways to refresh and extend the language and theoretical frameworks used by critical pedagogues. To do so, it will deploy the terms justice pedagogy and complexity pedagogy. The adjective ‘justice’ does the same work as ‘critical’ in signalling the commitment to using education as a means to bring about a more socially just world. The recent rise in scholarship in complexity thinking lends itself to conceptualising critical pedagogy in necessarily fresh ways. This article draws attention to the kindred nature of guiding concepts in complexity thinking and critical pedagogy, including grassroots organising, distributed decision-making and emergent learning, before presenting a description of how such approaches might refresh critical pedagogy through a critical citizenship education programme using justice pedagogy. This example illustrates the way that justice pedagogy can inform decisions about appropriate teaching and learning strategies for children and young people today growing up in an increasingly globalised world.
Keywords: citizenship education, complexity, critical pedagogy, justice pedagogy

© 2018, Social Science Press. Many tertiary institutions have embraced digital learning through the use of online learning platforms and social networks. However, the research about the efficacy of such platforms is confused, as is the field itself, in part because of the rapidly evolving technology, and also because of a lack of clarity about what constitutes a learning platform. In this study, two early career academics and instructors examined the effectiveness of using Google Classroom for final year primary teacher education students to encourage student voice and agency, and to consider how the platform might influence future pedagogies at the tertiary level. The data showed that Google Classroom increased student participation and learning and improved classroom dynamics. It also revealed concerns around pace and user experience. This data was used to construct a framework to evaluate of the use of online platforms; it identifies four concepts (pace, ease of access, collaboration and student voice/agency) that explore the usefulness of other online learning platforms, as well as pedagogical practice.

participants. This paper explicates a framework that can be used to analyse how effectively programs are developing active citizenship and activism amongst the participants, especially with a view towards their ongoing participation in civil society. Such a framework will be of use to practitioners seeking to analyse their programs, as well as policy makers interested in developing new programs of civics and citizenship education, or evaluating existing ones. Foregrounding the research in the context of civics and citizenship education in Australia, I illustrate the development of the framework through an activist education program, Justice Citizens, which took place in a Western Sydney high school. Justice Citizens is a useful example to examine the efficacy of the framework; it was a student-centred film voice project that required students to engage with issues in their local community

Music has had a long and complicated relationship with social movements. Activists have used it as a tool to educate, to inspire and even to anger, all in the hopes of influencing public opinion or government policy. Whether the music might have been written solely for a particular cause, or been co-opted to represent a cause regardless of the writer's original intention, music has been a useful tool for galvanising public support and educating citizens about issues as diverse as the environment, land rights, indigenous affairs, fiscal policy and historical events. One need only look at examples like La Marseillaise from France, linked to the French revolution, or Beds are Burning by Midnight Oil, with its close association with the green movement in Australia, to realise the power of the music and the lyrics

The Palgrave Handbook of Citizenship and Education will be available in print format in 2020. The living reference will start to publish much sooner on SpringerLink.com with first chapters accessible in early 2018.

There has been extensive research into formal approaches to civics and citizenship education which has identified different typologies (e.g justice-oriented and participatory) and underlying philosophies (‘thick’ vs ‘thin’). However, research remains limited in regards to the pedagogical possibilities that enable such approaches. This chapter explores a range of different examples of justice-oriented and thick approaches to citizenship education. It begins by identifying both formal and informal examples from schooling before broadening the debate to discuss examples from civil society, such as refugee advocacy groups and cycling social movements. In doing so, this chapter explicates a typology that frames different forms of citizenship education from passive to active and participatory and then to justice-oriented.

There has been extensive research into formal approaches to civics and citizenship education which has identified different typologies (e.g., justice-oriented and participatory) and underlying philosophies (“thick” vs. “thin”). However, research remains limited in regards to the pedagogical possibilities that enable such approaches. This chapter explores a range of different examples of justice-oriented and thick approaches to citizenship education. It begins by identifying both formal and informal examples from schooling before broadening the debate to discuss examples from civil society, such as refugee advocacy groups and cycling social movements. In doing so, this chapter explicates a typology that frames different forms of citizenship education from passive to active and participatory and then to justice-oriented.

Drawing on contemporary critical social theories and diverse methodologies, A Critical Youth Studies for the 21st Century explores the educational, employment, cultural and embodied issues that confront young people, and those who work with ...

Human rights education is currently a popular topic amongst educators and academics. The emphasis on education reflects a departure from a strictly legal understanding of human rights and a move towards an emphasis on pedagogy and social justice. However, the history of human rights education in Australia is a limited and fragmentary one; in the past, civics and citizenship educational programs have generally been seen as more important. These programs ostensibly seek to develop informed and active citizens through formal schooling curricula.