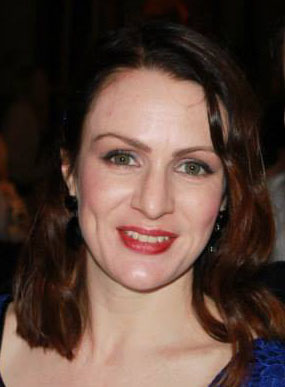 Katie has been employed at UTS since 2000, working in the Microstructural Analysis Unit in a number of roles. Since 2012, she has transitioned into management positions and is now the Technical Services Manager of the Physics and Chemistry Research Laboratories. This includes the MAU, physics research, IBMD, clean room, chemistry, forensics and analytical suite.

Xylem traits such as xylem vessel size can influence the efficiency and safety of water transport and thus plant growth and survival. Root xylem traits are much less frequently examined than those of branches despite such studies being critical to our understanding of plant hydraulics. In this study, we investigated primary lateral and sinker roots of six co-occurring species of semi-arid Australia. Two species are restricted to a floodplain, two were sampled only from the adjacent sand plain, and two species co-occur in both habitats. We assessed root wood density, xylem traits (i.e., vessel diameter, fibre and vessel wall thickness), outer pit aperture diameter and calculated theoretical hydraulic conductivity and vessel implosion resistance. We hypothesized that (1) roots have larger xylem vessel diameters and lower wood density than branches of the same species and that (2) there is an inverse correlation between theoretical sapwood hydraulic conductivity and vessel implosion resistance for roots. Variation in root wood density was explained by variations in xylem vessel lumen area across the different species (r2 = 0.73, p = 0.03), as hypothesized. We rejected our second hypothesis, finding instead that the relationship between theoretical hydraulic conductivity and vessel implosion resistance was not maintained in roots of all of our studied species, in contrast to our previous study of branches from the same species. Xylem traits were found to depend upon habitat and eco-hydrological niche, with the groupings including (i) arid-adapted shrubs and trees with shallow lateral roots (Acacia aneura and Psydrax latifolia), (ii) trees restricted to the floodplain habitat, both evergreen (Eucalyptus camaldulensis) and deciduous (Erythrina vespertilio) and (iii) evergreen trees co-occurring in both floodplain and adjacent sand plain habitats (Corymbia opaca and Hakea sp.).

An integrated suite of synthesis and characterisation techniques that includes synchrotron-based single crystal, powder X-ray diffraction, nuclear magnetic resonance and electron diffraction have been employed to uncover two new distinct structures in the CaxBa2-xP2O7 polymorphic phosphate system. These materials have particular relevance for their application as both biomaterials and phosphors. Calcium barium pyrophosphate, CaBaP2O7, was shown by a combination of spectroscopic and diffraction techniques to have two polymorphs distinct in structure from all of the five previously reported polymorphs of Ca, Sr and Ba pyrophosphate. A high temperature polymorph HT-CaBaP2O7 prepared at 1200 °C is orthorhombic, of space group P212121 with a = 13.0494 Å, b = 8.9677 Å, c = 5.5444 Å. A low temperature polymorph LT-CaBaP2O7, prepared below 1000 °C, is monoclinic with space group P21/c and dimensions a = 12.065 Å, b = 10.582 Å, c = 9.515 Å, ß = 94.609°.

The near band edge emissions of an individual ZnO nanobelt were investigated by cathodoluminescence spectroscopy, which has unique advantages in higher spatial resolution, orientation, and environmental independence over the conventional photoluminescenc

Zinc oxide is evaluated as a fluorescent powder for the detection of fingermarks on non-porous surfaces. Pure and lithium-doped nanostructured zinc oxide powders were characterized using scanning electron microscopy, X-ray diffraction, and fluorescence spectroscopy. The zinc oxide powders were applied to fresh and aged fingermarks deposited on non-porous surfaces such as glass, polyethylene and aluminium foil. Zinc oxide was found to produce clear fluorescent impressions of the latent fingermarks when illuminated with long-wave UV light

ZnS nanocrystals (NCs) capped with tetramethylammonium (TMAH) were synthesized from ZnCl2 . 2H(2)O and thiourea using a wet chemical process. Further treatments of the nanocrystals such as aging, and annealing have been conducted to examine the stability

Suspensions of mesoscale gold half-shells of controlled size were produced by microsphere-templated vapour deposition and their optical proper-ties were studied. The transmission spectra of the particles exhibited an extinction peak that could be tuned f

Zinc oxide (ZnO) nanoparticles have been produced using precipitation methods from ethanolic solution. Rare-earth metal doping was performed, and the effect of lithium codoping on the luminescence properties of the rare-earth doped products was assessed.

The shape and structure of the shells of molluscs has attracted considerable attention. One aspect of interest is the comparatively high resistance to fracture of these shells. It is known that they are composite structures of aragonite, other calcereous

Selective growth of InGaAs quantum dots on GaAs is reported. It is demonstrated that selective-area epitaxy can be used for in-plane bandgap energy control of quantum dots. Atomic force microscopy and cathodoluminescence are used for characterization of

Zinc oxide (ZnO) is a wide band-gap (3.37 eV) semiconductor with a large exciton binding energy of 60 meV. Because of these properties, ZnO is a good candidate for a wide range of applications, including varistors, phosphors as well as a large range of optical devices. Although the optical properties of ZnO have been extensively studied, there is still intensive debate as to the origin of a number of the luminescence centers observed.

The results of nucleation of InGaAs and InAs quantum dots by selective area epitaxy are presented. By pre-patterning the substrates with different (SiO2) mask dimensions the bandgap of the quantum dots can be tuned over a large range. This technique is used to demonstrate a quantum dot lase integrated with a quantum well waveguide.

We demonstrate that InAs and InGaAs quantum dots can be grown selectively in specific regions of GaAs substrates using selective-area MOCVD. Growth parameters can be controlled to obtain high density (∼1010/ cm2) of defect free quantum dots. Emission spectra from these selectively grown dots are presented and are comparable in linewidth to that from dots grown on unpatterned substrates. We propose that this growth scheme can be used for fabrication of quantum dot lasers integrated with waveguides. ©2005 IEEE.