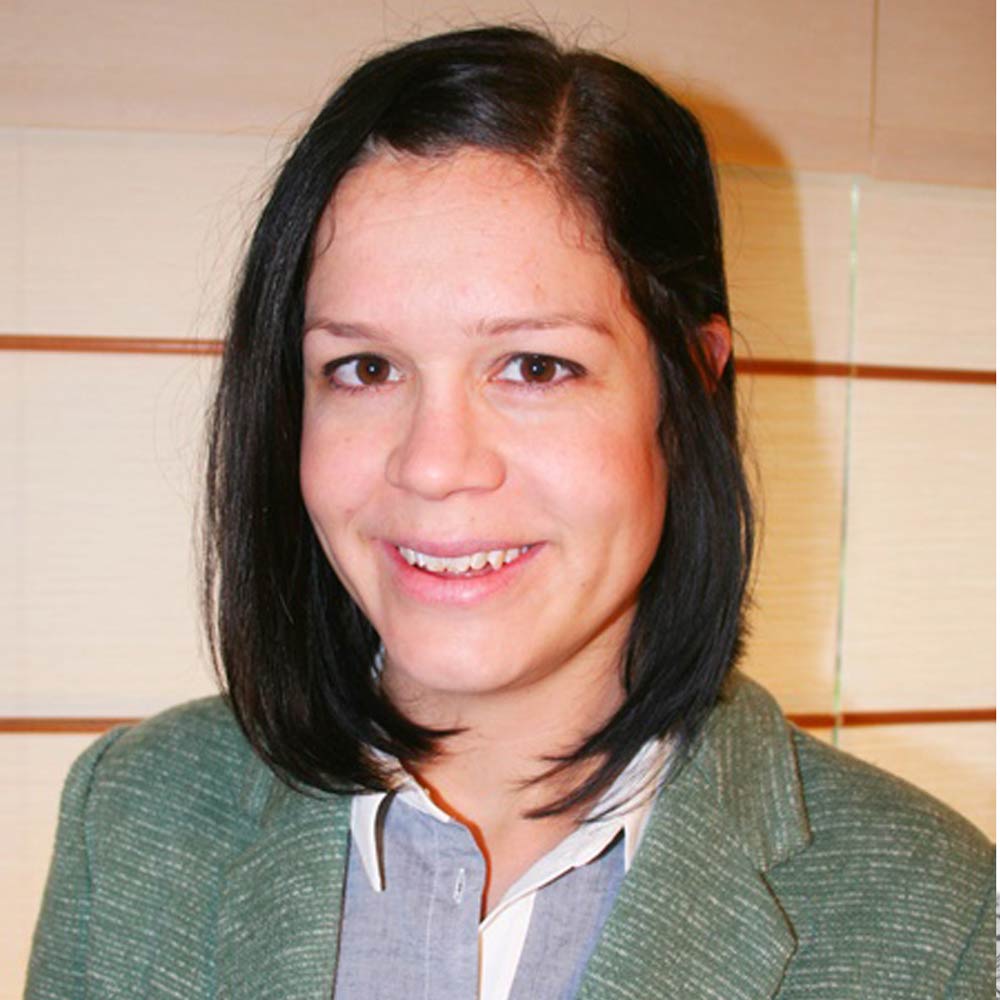 Jacqueline is interested in how racism manifests and exploring how we can respond to racism, both as individuals and by challenging cultures and practices that reproduce racism and inequality. In previous work she has examined local or place-based responses to racism and discourses of denial. Her postdoctoral research uses ideas of performativity to look at how people respond to racism within their own families. Jacqueline has also published on the topics of bystander responses to racism, and ethnic discrimination in housing and employment. She holds a Bachelor of Liberal Studies (Hons I Psychology) from the University of Sydney, an MSc (Applied Social Research) from Trinity College in Ireland, and a PhD from the University of Western Sydney.

Jacqueline has been involved in teaching at undergraduate level since 2009 across the social sciences, including in the areas of social psychology, geography, and social science research methods. She has supervised honours students.

© 2020 Elsevier Ltd Racism in Australia has been both present and pervasive since invasion one potentially important setting where work against racism might occur is within families. Responses to racist talk within families have received little attention within the anti-racism literature. The first aim of this paper is to explore how families negotiate racist talk, taking the view that the rules and practices that guide familial interactions are unique. Intimate relations and the emotional connections therein both create spaces for and constrain race related conversations. Secondly, the paper contrasts responses to racist talk within families to those in public or quasi-public spaces, often occurring amongst strangers. Within families, affective relationships between members are primary, as are the dynamics of family practices. Interviews conducted as the first stage of a larger study show that families are a site for the reproduction of racism, as well as performances of anti-racism. This paper identifies White capacities to maintain family relationships amidst racist talk.

This article conducts the first contextual analysis of ethnic-based discrimination in an Australian rental housing market: metropolitan Sydney. Logistic regression is employed to investigate how the likelihood of five behaviors by rental agents that may favor Anglo home seekers varies according to characteristics of the agent, home seeker, dwelling, and neighborhood. We find that several forms of discrimination favoring Anglos are consistently more likely in neighborhoods characterized by lower crime rates and shares of renter households, regardless of the ethnicity of the agent. Other patterns are consistent with the hypothesis that, in general in the Sydney rental market, agents regardless of ethnicity are motivated to discriminate by statistical discrimination. Our result that profit, not prejudice, drives discrimination implies that it will prove resilient to unfettered housing market forces and changes in societal ethnic tolerance, but instead, must be addressed through enhanced civil rights enforcement strategies.

© 2018 Informa UK Limited, trading as Taylor & Francis Group. In a national survey of witnessing racism, ten per cent of respondents reported an event where they perceived a white Australian had been the target of racism. We discuss the social and political context in which claims of anti-white ‘racism’ have come to the fore. The paper introduces three analytical entry points from which to approach the problem of anti-white ‘racism’: an individual analysis, an analysis of power and its effects, and a historical and structural analysis. These entry points cascade into each other, revealing both divergence in how these reported experiences might be understood and the tensions between different ways of approaching the analytical problem of claims of anti-white ‘racism’. We explore the characteristics of those who report witnessing anti-white ‘racism’ and examine the contexts within which anti-white ‘racism’ is perceived to have occurred. The racialised incidents reported are analysed in their specificities; we attend to the individuals involved and their social positioning, the historical context and how the event relates to structures and histories of domination. The paper highlights the asymmetry of claims to race based victimhood, emphasising the differences between anti-white ‘racism’ and other experiences of racism.

© 2018 Institute of Australian Geographers The latest manifestation of Asian-led foreign real estate investment in some global cities is contributing to housing becoming a liquid, global asset. Drawing on empirical data about Sydneysiders’ reported levels of real estate market activity, housing stress, and views about foreign real estate investment, we found that those who are financially invested in Sydney's local real estate market are generally more supportive of the presence of foreign investors and investment than are those not invested in that market. We also found that there were no significant comparative differences in beliefs about foreign investment between those who are in housing stress and those who are not. On the strength of those findings, we ask whether a degree of commonality is developing around a set of ideological reference points related to the commodification of housing. As housing in global cities is increasingly commodified and financialized, these ideological reference points could be boosting its commodification across boundaries of cultural difference and political jurisdiction. We conclude by suggesting the need for a new line of inquiry through which scholars could investigate the politics of globalised hyper-commodified housing in order to expose the ideological reference points that serve to bolster the commodification of housing.

© 2017 Geographical Society of New South Wales Inc. Moving foreign human and financial capital through landed property is not a new phenomenon in Sydney. It is a recurring geopolitical strategy that is replete with intercultural tension and deep colonial roots. In contemporary Australia, there is an assumption in public policy and media rhetoric that there is a high level of public concern about foreign investment. However, there is little empirical data that examines public perceptions. In this study, we are interested in whether the dominant voices in this debate represent broad public views about this issue. We sought to fill this gap by conducting a survey of almost 900 Sydney residents, looking at their perceptions of foreign and Chinese investment. We find high levels of public concern and discontent about foreign investment amongst Sydneysiders, with Chinese investors being a key target of this discontent. In the context of high housing prices in Sydney, there were widely held concerns about housing affordability. Survey respondents had a sophisticated understanding of what influences house prices, but with an overemphasis on the role of foreign investment. There is a general lack of support for policy that encourages foreign investment, and a lack of confidence in how the government is regulating foreign investment. Half of our participants reported that they would not welcome Chinese foreign investment in their suburb.

Investigating differential treatment in rental housing markets is important to ensure that renters are not discriminated against based on their personal characteristics. However, little Australian research has focused systematically on this question. This paper reports the results of a study that used paired tests to estimate the extent of differential treatment of Anglo, Indian, and Muslim Middle Eastern renters in the Sydney metropolitan housing market. We find statistically significant differences in treatment on several measures, including the likelihood an agent will offer an individual appointment, will provide additional information about other housing, will provide additional information about completing the application form, and will contact a prospective renter after an inspection.

© 2015 John Wiley & Sons Ltd. Possibilities for anti-racism within the spaces of family life have not yet been contemplated in any depth in the extant anti-racism literature. To address this, the first section of this paper demonstrates that families are a potentially critical site for anti-racism, reviewing a large body of evidence demonstrating the key role families play in socialisation processes and in the development of racial attitudes. I also look at what can be gleaned from the literature on interethnic intimacy. The second section turns to the possibilities for anti-racism within families, suggesting that too little is known about how members of families negotiate instances of racism, or the strategies used to restage or subvert racist discourses and practices within the family. The potential for anti-racist performances to challenge expressions of racism in families has largely been overlooked in the international literature. I argue that the framework of performativity has utility for analysing responses to racism in families. Performativity theories conceptualise individual acts/utterances of racism and anti-racism as enacting broader cultural values and structures. Viewing racism in families through theories of performativity directs us to consider how racist speech can be disrupted or strategically rejected and, hence, identify possibilities for anti-racism.

This paper introduces the concept of place-defending and articulates its implications for locality-based social policy. Place-defending is the protection of one's local area from unfavourable assessments, in this case of being labelled or perceived as a racist space. Place attachment and identifications with place are drivers of place-defending. Person-place relationships and their implications for locality-based social policies have not yet received sufficient consideration in the literature—a significant oversight considering the current policy focus in Australia and the United Kingdom on locality-based social policy. In this study of local anti-racism in the Australian context, place-defending involved the denial of racism and performances of place that reproduced the discourse of tolerance. Print media coverage of the release of national data on racism was analysed alongside a series of interviews with individuals working on anti-racism at both local and state/federal levels. Four tools of place-defending are discussed: direct action to defend place; spatial deflections; use of minority group members to discredit claims of racism; and critiques of those who make claims about racism. The tools of place-defending operated to construct localities as places of tolerance, potentially undermining the case for anti-racism.

The parties contributing to the Freedom of Religion and Belief in Australia Inquiry had a strong interest in the role of religion in society. Those making submissions were parochial about the status and importance of their own faith, less positive about religious diversity, more likely to be culturally supremacist, and more likely to independently express anti-Islamic sentiment than the general population. A large proportion of submissions (40 per cent) included the religio-centric assertion that Australia is a Christian nation. Alternative voices – that Australia is a multi-faith country or those that saw Australia as secular – were much less ‘present’ in the submissions. Most submissions argued for the retention of religious exemptions from anti-discrimination laws and against anti-religious-vilification legislation that would protect religious minorities. Christian-centric voices purposefully undermined movement towards more inclusive social policy and protection of rights. The Christian majority insisted that their position of dominance be affirmed in Australia. The failure of the inquiry to advocate for policy and legislative change to expand religious freedoms (especially to minorities) was a performance of professed ‘state neutrality’ that reproduced substantive inequality. The public submission process was an effective mechanism for reinforcing a privileged relation between the state and Christian organisations, and fails the tests of both fairness and more substantively equality.

In recent weeks we have been reminded that our university campuses, like everywhere else, are not racism-free spaces. The controversy surrounding poetry professor Barry Spurr serves to remind us that universities cannot be complacent when it comes to racism, and that building inclusive, diverse campuses should be an active and ongoing process.

Academics have written an open letter to vice-chancellors asking that complaints of racist harassment, bullying and vilification be taken seriously, to avoid more victims and more silence.

University campuses are not safe from the Islamaphobia that is swirling in the world around us. Muslim students have reported vilification and other forms of racist incivility, particularly while in transit to campus. Fortunately, there are citizens who speak out and challenge the proponents of racism when they attempt to injure and exclude through their aggressive rants.

There is nothing casual about racism.

But the term “casual racism” has emerged over the last couple of years in media coverage reporting on more extreme forms of interpersonal racism, such as racist slang and racist diatribes on public transport. These incidents occur on a seemingly “casual” or unexpected basis.

Standing up to racism and racial bullying among Australian school students

Performances of racism and anti-racism in Australian families