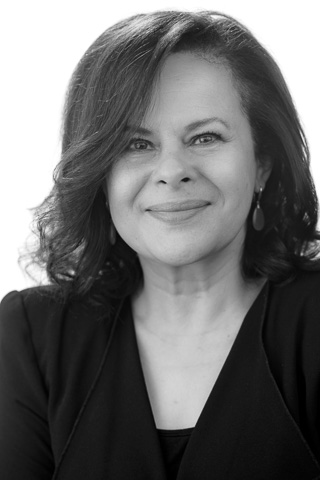 In a career spanning 30 years she has worked on programs such as the ABC News, the Midday Report, the 7.30 report, Dateline, Lateline and Foreign Correspondent. In that time she has specialized in International Reporting and has covered history-changing events like the fall of the Berlin Wall, the collapse of Communism, the Rwandan Genocide, the HIV-Aids crisis in West Papua, the Sri Lankan Civil War, the assassination of Rajiv Gandhi, and the Bali Bombings — among many others. Her reporting on the collapse of the USSR won her a coveted Walkley award.

Helen has presented many studio-based television programs including Face the Press, News Extra, Talking Heads and Dateline for SBS; The 7.00 pm News and the Midday Report for ABC1 and Asia-Pacific Focus for the Australia Network. She has also made three documentaries: New World Borders and the award-winning  documentaries Agatha’s Curse and Getting Gehry.

Helen has a Bachelor of Arts degree from Adelaide University, a Bachelor of Arts in Journalism from Uni SA (then SACAE) and completed her Doctorate of Creative Arts in 2018. It was a exegetical investigation on identity and nationalism. The creative component is an investigative piece of literary journalism and  an autoethnographical memoir of three generations spanning the Ottoman Empire, the Greek Civil War and migration to Australia.

“3 Sides to Every Story” The Bosnian War Winner

Walkley Award for Excellence in Journalism

Commendation for “Deaf not Dumb” ABC

Gold Winner for 7.30 report story on “Violence in Religion”

“Selective Storytelling: How the state choses what to remember”

“Bearing Witness:Writing Greek in the diaspora”

-        in peer review for Journal of Modern Greek Studies

“Objectivity in the Face of Genocide: How emotion impacts on Media workers’ roles in Reporting on the Rwandan Genocide of 1994.”

“The need for Cultural Diversity in the Media”

Breaking the Code: Journalism, Technology, Information and Education in the 21stCentury: JERAAJournalism Education and Research Association of Australia Sydney UTS

Chair and facilitator “Public Media and Social Crisis: How Has Australia responded to the Global Crisis.”

“Ethnic media at the Crossroads”

Chair and facilitator of Panel Discussion: “Back to the Source with Investigative Journalism” Lynton Besser, Nick Mackenzie, Dylan Welch and Sue Spencer

Back to the Source: Investigative Journalism Conference – Sydney UTS

Her research interests include:

journalism as the first draft of history

the emotional work of journalism

Students who have won awards under Helen's supervision:

“Queersay” a multi-media website for LGBTIQ News and Features. undergraduates

Won the Ossie Award for TV – for story on “Cloud seeding.”

The transcript of a panel discussion on two Australian investigative journalism case studies, moderated by Helen Vatsikopoulos: 1. Dirty Money: The Age and ABC Four Corners investigations in 2009 and 2010 into the Federal Reserve Bank and the allegedly corrupt activities of some staff of a subsidiary company, Securency-Richard Baker, Nick McKenzie and Sue Spencer; 2. Crime Does Pay: a Sydney Morning Herald investigation into how the law enforcement agency NSW Crime Commission has been sharing the proceeds of crime with organised crime figures, cutting deals that allow them to walk away with millions of dollars-Dylan Welch, Linton Besser.

vatsikopoulos 2015, 'SOFT POWER AND THE RISE OF SCANDINAVIA'.

Vatsikopoulos, H 2015, 'Honouring the Journalists who bring us stories from the frontline', The Conversation.

My original concept documentary on Frank Gehry, the architect and his first Australian building

Vatsikopoulos, H 2013, 'Australia has more soft power than ever but can we keep it?', The Conversation.

Vatsikopoulos, H, 'One thing Abbott was completely right about : The Messenger and the Assassin's Knife', The New Daily.

Looking at the insider culture in journalism and politics

A comprehensive article on the rise of Scandinavian culture, from crime fiction, music, video games, food, film and television.

Vatsikopoulos, H, 'Michelle Guthrie should look to UK and reality TV to achieve a more diverse ABC', The Conversation.