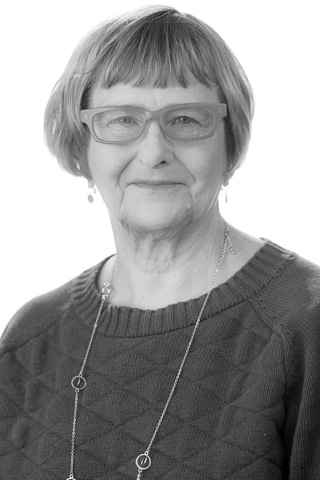 Having completed an honours Anthropology Degree at Sydney University in 1973, Gillian Leahy studied at the Australian Film, Television and Radio School. She worked as a clapper loader on four feature films and worked as an independent director and camera operator on a number of films. She was a member of the editorial board of FILMNEWS. She began teaching at UTS in 1983. She has directed over 16 films ranging in length from 10 to 55 minutes. She has written three as yet un-produced feature scripts with funding from the Australian Film Commission. She is best known for her experimental essay film, MY LIFE WITHOUT STEVE, which won an AFI Award for Best Experimental Film and Best Film at the Melbourne Film Festival, amongst other awards. She wrote, produced and directed OUR PARK, a documentary made for SBS TV. She is currently writing a feature film script, THE WEATHERMAN LIED, which tells the story of a man who disappears from his life and family. She writes on documentary theory.

'This article was born out of a paper Gillian Leahy and Sarah Gibson gave on the essay documentary at the Documentary Sites Conference in Auckland in September 2000, and a second version at the Australian International Conference in Perth, March 2001.'

Baxter and Me (Leahy 2016) is a feature-length documentary about dogs and intimacy. It includes two intertwined threads: a story in the present about Baxter, my large Labrador, and me, and a story in the past, which is a memoir of my life mitigated and mediated through my dogs and in part illustrated using my previous films. This chapter describes and analyses the development process for the film. Securing funding to make the film and the writing of the script were intertwined activities as I came up against pressures from the funding body, and at times the producer, to make a different film from the one I had initially envisaged. This chapter argues that while these industry pressures challenged my authorial voice as writer/director, they were ultimately fruitful. While compromises were made, I was able to remain faithful to my original intentions and the pressures on me made for an ultimately better film. The completed documentary is more audience-friendly and has achieved higher production values that the one I originally envisaged. Even though I lost some sections that I had held dear, the film is now also stronger because I was able to introduce some philosophical ideas from critical animal studies and thus hold onto my authorial voice. A key tactic to achieve this was the translation of ideas from academic writing about dogs into an engaging voiceover that I delivered as narrator of the film.

Leahy, GA 2003, 'Too Much Sound and Much Too Much Music in Some Australian Documentaries', The Art of Documentary Conference, Canberra.

Leahy, GA 1999, 'Our Park: Ethical and Other Perils making a documentary in your own community', Australian International Documentary Conference, Adelaide.

A film about dogs, intimacy and happiness.

Leahy, GA 2013, 'The Chikukwa Project', as above, Approaching SBS & Ronin Films - Self distributed at present, Zimbabwe.

Most attempts to set up sustainable farming projects in Southern Africa fail. Why then, has CELUCT (Chikukwa Land Use Management Trust), operating for over 20 years in Eastern Zimbabwe, been so successful in creating a community with more than enough food for its needs? Gillian Leahy (UTS) and Terry Leahy (UoN) are co-producers of this 52- minute documentary. Terry Leahy is a sociologist conducting research on food security projects in Africa. Gillian Leahy is the films director. The two filmmakers chose expository and interactive (interview) modes with observational footage, to ensure the widest possible dissemination of these research findings and to visually document the project, providing an evidence base and historical record. The film shows the most successful sustainable development project in Southern Africa, running for over 20 years using permaculture methods. The situation of the 7,000 Chikukwa villagers in the early nineties was difficult in the extreme, with seriously degraded land making it hard to get a good crop. Malnutrition was extreme. The film outlines the history of the project and posits arguments as to why currently it is so successful. Starting with a small self-help group, the project expanded to transform the landscape, agriculture and social context. In doing this it became much more than just an agricultural project, taking in participatory democratic community organisation, womens social groups, HIV/AIDS, pre-school education, traditional cultural revival and conflict mediation. Information on this project will be very useful to development projects around the world. The film is screening as part of UTS Speaks series in November 2013. It is already in demand by groups wishing to screen it. It will screen at the International Permaculture Conference, Cuba, 2013. The film has already raised funding to send two other African groups to train at CELUCT.

The film was republished on DVD.

A film about a local park, nature and culture.