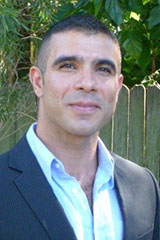 My research focus is looking at the use of herbal extracts to modulate neuroinflammation through action on PACAP system.

Another interest of mine is the development and application of new forms of Pre-Clinical and Clinical education with special focus in curriculum design.

Medical Sciences in Pre-Clinical and Clinical

Clinical and Physical Examination and assessment

Al-Badri, G & Castorina, A 2018, 'Insights into the Role of Neuroinflammation in the Pathogenesis of Multiple Sclerosis', Journal of Functional Morphology and Kinesiology, vol. 3, no. 1, pp. 1-13.View/Download from: Publisher's site

Multiple sclerosis (MS) is a devastating disease, and with the increasing number of cases each year, it is becoming a significant socioeconomic burden for the affected people and the entire community. The aetiology of MS is largely unknown, but genetic susceptibility, exposure to infections and/or environmental toxicants are recognised as risk factors. MS is characterised by the appearance of lesions/plaques in the central nervous system, caused by destruction of the myelin sheet by auto-reactive T cells. Symptoms range from mild impairment of daily motor functions to severe sensory and cognitive disabilities necessitating mobility assistance, medical and support from caregivers. Due to the progressive nature of the disease, MS is gaining more attention and research to better understand its multifaceted pathogenesis. In the present review, we focus on some of the latest research related to the neuroinflammatory component of the disease, since it appears to play a critical role in MS pathogenesis. The goal is to shed more light on this specific domain of MS, in an attempt to assist in the identification of novel treatment trajectories and management plans.

Dipeptidyl peptidase IV (DPP-IV) is a serine protease best known for its role in inactivating glucagon-like peptide-1 (GLP-1), pituitary adenylate cyclase-activating polypeptide (PACAP) and glucose-dependent insulinotropic peptide (GIP), three stimulators of pancreatic insulin secretion with beneficial effects on glucose disposal. Owing to the relationship between DPP-IV and these peptides, inhibition of DPP-IV enzyme activity is considered as an attractive treatment option for diabetic patients. Nonetheless, increasing studies support the idea that DPP-IV might also be involved in the development of neurological disorders with a neuroinflammatory component, potentially through its non-incretin activities on immune cells. In this review article, we aim at highlighting recent literature describing the therapeutic value of DPP-IV inhibitors for the treatment of such neurological conditions. Finally, we will illustrate some of the promising results obtained using berberine, a plant extract with potent inhibitory activity on DPP-IV.

Following peripheral nerve injury, dysregulations of certain non-coding microRNAs (miRNAs) occur in Schwann cells. Whether these alterations are the result of local inflammation and/or correlate with perturbations in the expression profile of the protective vasoactive intestinal peptide (VIP)/pituitary adenylate cyclase-activating polypeptide (PACAP) system is currently unknown. To address these issues, we aimed at profiling the expression of selected miRNAs in the rat RT4 Schwann cell line. Cells exposed to lipopolysaccharide (LPS), to mimic the local inflammatory milieu, were appraised by real-time qPCR, Western blot and ELISAs. We found that upon LPS treatment, levels of pro-inflammatory cytokines (IL-1β, -6, -18, -17A, MCP-1 and TNFα) increased in a time-dependent manner. Unexpectedly, the expression levels of VIP and PACAP were also increased. Conversely, levels of VPAC1 and VPAC2 receptors were reduced. Downregulated miRNAs included miR-181b, -145, -27a, -340 and -132 whereas upregulated ones were miR-21, -206, -146a, -34a, -155, -204 and -29a, respectively. Regression analyses revealed that a subset of the identified miRNAs inversely correlated with the expression of VPAC1 and VPAC2 receptors. In conclusion, these findings identified a novel subset of miRNAs that are dysregulated by immune challenge whose activities might elicit a regulatory function on the VIP/PACAP system.

Background: Aberrant microglial activation plays a key role in the progressive neuronal loss seen in many neurodegenerative diseases. PACAP and VIP are two neuropeptides that elicit robust immunosuppressive functions within the CNS. However, the underlying mechanisms through which these peptides regulate microglia activities are not clear.
Aim & Objectives: Using lipopolysaccharide (LPS) to induce BV2 microglial cell polarisation, we aimed at testing whether and how administration of either PACAP or VIP could differentially affect microglial pro-inflammatory profile, polarisation state and morphological appearance to elicit immunosuppressive effects.
Methods: Quantitative real-time PCR, Western blot, Griess reactions, immunofluorescence and morphological analyses were conducted in order to determine the effects of PACAP and VIP in BV2 microglial cells exposed or not to 1µg/ml LPS.
Results: Our data demonstrated that both PACAP and VIP reduce the expression of pro-inflammatory mediators in LPS-stimulated BV2 cells. We also found that exogenous administration of PACAP and VIP rescued the dysregulations of the endogenous PACAP/VIP levels and attenuated the expression of microglial activation markers caused by LPS. Interestingly, despite the similar anti-inflammatory activities of PACAP and VIP, PACAP mainly reduced the number of M1 polarised cells, whereas VIP acted by increasing the subpopulation of cells exhibiting an 'intermediate' phenotype/bipolar-shaped (p<0.001 vs. control), at the expenses of resting/rounded cells.
Conclusion: PACAP and VIP both possess immunosuppressive effects in activated BV2 microglial cells, but these effects seem to involve the differential shift of certain cell subpopulations towards distinctive phenotypes.