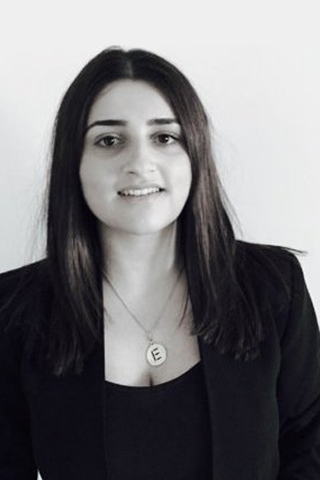 Endriana Audisho is a lecturer and electives course director in the School of Architecture at the University of Technology Sydney (UTS). She is currently completing a PhD which intersects the relationship between media, conflict and architecture. Titled Screening Architecture, the dissertation is tracing the transformation of journalistic accounts of conflict within the Middle East and their relationships to architecture discourse since the 1990s. Part of this research was exhibited in the inaugural Chicago Architecture Biennial, 2015, through the project Indo-Pacific Atlas.

Endriana teaches across architectural design, history and theory and architectural communication. She has coordinated first year design and is currently coordinating second-year design studio, a theory-based elective on conflict urbanism and a year-long research design studio in the masters of architecture titled Cities Under Surveillance. This studio is exploring the effects of security and surveillance mechanisms on urban public space.

During her studies, Endriana received the Object Gallery Award for Design Excellence and was nominated for the Australian Institute of Architects Design Medal for her project ‘Climate Conflict’ under studio instructor Adrian Lahoud. She is currently a recipient of the New South Wales Architects Registration Board’s Byera Hadley Travel Scholarship. This grant saw her travel to New York in February 2019 to report on 1990s architectural education and practice on the east coast of the US. In 2019 she was also awarded a research residency and grant by Canadian Centre for Architecture (CCA) for her research proposal 'The Media War in Architecture: Reporting on 1990s Architectural Education and Practice' as part of its Doctoral Program. Endriana is the first UTS doctorate student to win this award.

Since 2011, Endriana has also worked as a graduate architect for Office Feuerman, a Sydney-based design office. She has managed several projects, ranging from object design, exhibitions, public art projects and small residential projects. In 2014, she project managed 'Street Light Disco,' a public art project commissioned by the City of Sydney, as part of Art & About Sydney.

Endriana, A 2020, 'In absence of…visual truths in times of conflict', Canadian Centre for Architecture.

From Cable News Network’s (CNN) 24-hour live coverage of the Gulf War in 1991, to the more recent Arab Spring of 2010-2012, the aestheticization and mediation of conflict through the digital screen has challenged representations of architecture and the city. CNN’s live broadcast of the Gulf War materialized the city of Baghdad through the language of resolution upon the screen. Veiling the city with a grainy phosphor-green night-vision filter, the images possessed an “eerie, remote control quality,”3 making it difficult to distinguish between reality and its simulated representation of the city. More recently, the use of social media during the Arab Spring circulated a continuous, yet conflicting, narrative of the city across personal devices. Ironically, the increase in screens and resolution has not necessarily produced visual truths. Rather, the saturation of sources has constructed an environment of impossibility–“impossibility of absorption, control, limit, and content.”4 These screen conflicts have, therefore, become the very site of political contestation as they raise questions of legitimacy. The absence of visual truths in times of conflict provokes a redefinition of the role that images play when constructing accounts of architecture and of the city: how has visual evidence been exercised to challenge silenced, hegemonic, or dominant narratives?