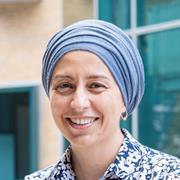 Elif Incekara-Hafalir joined UTS in July 2017. She received her PhD in Economics from Penn State University in 2007 and has held academic positions at Carnegie Mellon University.

Elif's research interests are in behavioral economics and experimental economics in general. Specifically, she is interested in

Survey measures of self-control provide a potential low-cost alternative to incentivized elicitation. However, asking respondents to introspect on their self-control problems may instead measure their awareness of them, especially in populations with low self-control. We illustrate this with the Ameriks, Caplin, Leahy, and Tyler (2007) survey, which captures self-control problems through the deviation between self-reported ideal and predicted behavior (Expected Deviation, ED). Previous empirical evidence from high income or highly educated populations correlates larger ED with worse outcomes. We theoretically show that the reverse will be true in settings where awareness can play a large role: when self-control is low and costly commitment devices are available. We empirically show that, for residents of a homeless shelter, ED is positively correlated to savings in shelter lockboxes, a costly commitment device. This correlation is stronger for those likely to experience more self-control problems: individuals with past addiction problems.

Effect of self-control on students' investment in human capital accumulation

Explore the Effects of Self-Control on Investment in Human Capital