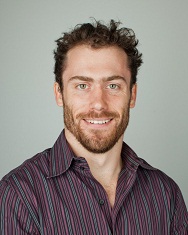 David joined the UTS Business School in 2003, and is currently Course Director for the Master of Business Analytics. He has published in journals including Journal of Accounting and Public Policy, Accounting & Finance, Journal of Contemporary Accounting & Economics and the Australian Accounting Review. He is a media commentator with 2SER Radio, and has covered four Federal Budgets. He has also written regularly for The Conversation, and has appeared in The Australian Financial Review, The Jakarta Post and The Sun Herald.

He is currently on the Board for the Accounting and Finance Association of Australia and New Zealand, the Sport Management Association of Australia and New Zealand, Sydney Rugby Union and Women Sport Australia. He has previously held the position of Academic Fellow at the International Financial Reporting Standards Foundation in London, as well as being a visiting academic at the London School of Economics.

© 2019 Elsevier Inc. The International Accounting Standards Board (IASB) has faced calls to act in the interest of users of financial statements given the perception of the greater influence exerted by preparers and professional accounting firm stakeholders. In response, the IASB has, over more than a decade, sought to increase user centricity, adapting its people and processes to more fully engage the views of users. We report on our empirical analysis from the standard setter's perspective of user engagement which is a research objective not documented in the prior literature. Our results draw on interviews conducted with 31 IASB representatives, comprised of 26 staff and 5 Board members representing approximately 60% of IASB's non-support staff as well as publically available archival data. We deploy the Griffiths (1960) citizenship participation framework in reporting on the procedural rigor directed at user utility, to assess IASB's attempt to enhance its perceived relevance (existential enhancement) as a standard setting body. We explain how a “clash” between new user centric practices and the extant practices led to challenges for the IASB in factoring the views of, and acting in the interest of users, as demanded by regulatory authorities. We discuss some of the tensions this has made evident in IASB's objective to function as an effective standard setter. Conceptually, our paper clarifies how more embedded representation modes per Griffith (1960) elicited greater user feedback, but that tensions arose in relation to the IASB's broader objectives to more directly serve users’ interests. Functionally, we offer a more nuanced appreciation for why the IASB might not unilaterally seek to be “user-focused” in the interests of both users and other stakeholders, and in doing so, serve the longer term objectives of accounting standard setting.

© 2018 CPA Australia Ltd (CPA Australia). Using the most recent Australian Taxation Office published data, along with other sources of data, we provide detailed descriptive evidence on the income, deductions and other items (including superannuation) of the individual taxpayer in Australia. We provide these details across tax bracket, occupation, gender and location. In addition, we explore who is accessing negative gearing and by how much, thus contributing to the ongoing debate that surrounds this area of tax law. We show that individuals with a higher taxable income are more likely to access negative gearing, and we provide estimates of how the removal of this deduction would affect federal tax revenue. We discuss other reported areas such as deductions for gifts and donations, as well as providing a discussion on the use and potential use of the government-provided pre-filled tax information for individuals. Overall, this study is of interest to academics, government and tax practitioners alike.

This study examines the impact of Regulation G in 2003 and the issuance of Compliance and Disclosure Interpretations (C&DIs) in 2010 – on the reporting of non-GAAP earnings. The study finds that (i) both Regulation G and C&DIs are associated with an increase in the quality of non-GAAP earnings exclusions (i.e. the exclusions are more transitory and have less predictive power for future operating earnings). (ii) Regulation G led to a decrease in the amount of total positive exclusions used to meet or beat analysts’ forecasts, but C&DIs partially reversed this result. (iii) Regulation G increases, and C&DIs decrease, the earnings response coefficients (ERCs).

This article examines the effect of the expansion of an
international sporting competition on the volume and distribution of travel
required by competing teams. The Super Rugby competition has involved
various incremental iterations, starting with 10 teams from Australia, New
Zealand and South Africa. In 2016, three new teams were added to the
competition, one each from South Africa, Argentina and Japan. Even prior
to this expansion, the competition was unique in world sport, comprising
teams from three widely dispersed countries competing in weekly, high
intensity matches over a playing season lasting up to five months. The
article provides evidence of the change in travel demands, both in terms of
overall volume of travel for the season, as well as the distribution of travel
within season, following this recent expansion. Not unexpectedly, the
expansion of the competition has substantially increased the overall volume
teams are required to travel, although this increase was not uniform across
the competition. Despite some teams travelling more, the distribution of
travel has become more even and consistent throughout the season.

Purpose The purpose of this paper is to describe the process of renewal undertaken in a large undergraduate financial reporting subject. Design/methodology/approach The approach taken in the subject is one in which student engagement is critical. Selected quantitative and qualitative data from university course and student feedback surveys were used to assess the effectiveness of the renewal process. Findings The renewal process led to increased student engagement, and influenced student learning by demonstrating the relevance of financial reporting regulation. Feedback was also positive in relation to the level of resources, especially technological, provided in the subject. Originality/value Engaging with students is a critical task in any subject, but especially in a technical accounting subject, as students may not necessarily see the value in the content. This article reveals possibilities for academics to engage with their students and for their students to engage with the subject material.

In 2007 Australian accounting standards were amended to allow a choice of presenting operating cash flows using either the direct or indirect method. This study investigates the number of ASX-listed entities that switched to the indirect format. Our results indicate that between 2007 and 2009 nine companies changed their reporting format. The firms adopting the indirect method have similar leverage, liquidity and performance to industry and size-matched controls. Given that previous research indicates that the direct method provides superior information for predicting cash flows and performance, our results will be welcomed by financial statement users and the Australian Accounting Standards Board.

Bond, DK 2006, 'The value of the merger of Ernst and Young and Arthur Andersen in Australia (Acct paper #83)', School of Accounting Working Paper Series, vol. 83.

Govendir, B, Bond, D & Wells, P 2015, 'An evaluation of asset impairments by Australian firms and whether they were impacted by AASB 136', British Accounting and Finance Association, Annual Conference, Manchester, UK.

Govendir, B, Bond, D & Wells, P 2014, 'An evaluation of asset impairments by Australian firms and whether they were impacted by AASB 136', American Accounting Association Annual Conference, Atlanta, USA.

This study examines the utilization of online course material by students and evaluates the relation with students' subsequent performance in assessments. Evidence is provided of the extensive utilization of online course material, although the pattern of utilization suggests that the label of 'digital natives' being applied to these students may be somewhat presumptuous. Specifi cally there is some evidence of a positive link between utilisation of practical exercises and performance as well as lecture slides and performance, No significance is found for either the utilisation of the discussion questions, quizzes or podcasts. Whilst we have made a necessary first step in order to ascertain impact of student utilisation and performance, a bigger question remains. How to increase students' timely utilisation of material?

Bond, DK 2008, 'Choice - is it really best for the student? An examination of flexible assessment', Technical Program of 2008 AFAANZ/IAAER Conference, Accounting and Finance Association of Australia and New Zealand Conference, AFAANZ, Sydney.

The provision of course material, including lecture notes and overheads, to students through learning management systems is commonplace in Australian universities, and the practice is well documented in the literature (e.g Jensen, 2007). Similarly, provision of lecture recording on magnetic tape cassettes dates back at least three decades, and is common place in provision of distance education. However, the digital recording of lectures and making these available to students generally through a learning management system (now referred to as podcasting) is a much more recent phenomenon and has only really impacted on the tertiary education sector for the past 3-4 years (Sull, 2005). This paper addresses the issues of how students utilise these recordings, and perhaps more importantly, how it impacts students academic performance.

The aim of this study is to provide further evidence as to what drives student performance. Numerous studies (for example see Launius 1997, Thomas and Higbee 2000, Clump et al. 2003, Moore, 2003 and Gump 2005) have examined the link between tutorial attendance and student performance within a tertiary setting. Whilst the general conclusions are that reduced attendance is linked to decreased performance, these studies are unable to determine whether it is tutorial attendance or some other unobservable factor which influences performance.

Bond, DK 2005, 'The value of the merger of Ernst and Young and Arthur Andersen in Australia (Acct paper #74)'.