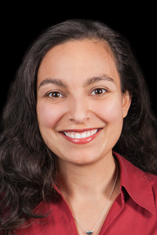 An unblinded randomised trial can result in biased treatment effect estimates and lead to erroneous conclusions on the efficacy of the therapeutic intervention. Unlike pharmaceutical substances, Chinese herbal medicines have special characteristics including texture, colour, odour and taste as the origin of these constituents are different. In addition, its distinctive odour makes blinding of Chinese herbal medicine RCTs very difficult, as the placebo substance needs to match the special characteristics of the herbal substance being investigated. For these reasons, two studies were undertaken to evaluate whether a participant could distinguish a herbal intervention capsule (Ganopoly combination) when compared to three types of capsules containing culinary materials following a visual, odour and taste evaluation.Study One, was a pilot involving eleven participants (n = 11) while Study Two, involved eighty one participants (n = 81) and was conducted to make improvements on Study One. For both studies, participants were asked to identify which of four capsules were a herbal substance following a visual, smell and taste evaluation.For study One it was found that for both odour (p = .484) and visual appearance (p = .077) the number of participants selecting the herbal substance was not significantly different from what may have been selected by chance. This was not the case for taste where significantly more participants selected capsule B as the herbal substance (p = .004). For Study Two test it was found that all three evaluations for odour, visual appearance and taste significantly more participants selected the herbal substance (p < .0001 in all cases). This indicates that the participant guesses were not evenly distributed across the four choices and suggests a failure to blind.The failure to blind participants highlights the difficulties in preparing sham herbal substances that look, smell and taste like the real herbal substance.