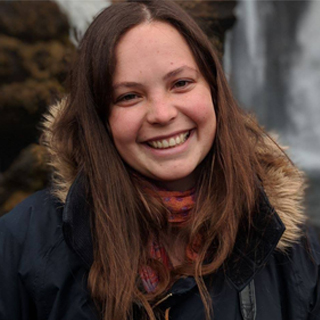 I am a Marine Biologist specialising in understanding and exploring the volatile metabolites (biogenic volatile organic compounds - BVOCs) produced by corals. These compounds have the potential to aid in the healthy functioning of coral reef ecosystems. I am currently employed on a joint position working with Associate Professor David Suggett (Climate Change Cluster, University of Technology Sydney) and Associate Professor Bill Leggat (School of Envonmental and Life Sciences, University of Newcastle).

Doctor of Philosophy (PhD). Gas Powered Reefs: Exploring the Nature and Variability of the Coral Volatilome. University of Technology Sydney, Conferred on 18 March 2020

© Copyright © 2020 Lawson, Seymour, Possell, Suggett and Raina. Biogenic volatile organic compounds (BVOCs) are a large group of molecules involved in trophic interactions, stress response and atmospheric chemistry. Although they have been extensively studied in terrestrial ecosystems, their identity and prevalence in the marine environment remains largely unexplored. Here we characterized the volatilome of two abundant marine bacteria that were previously identified as members of the core microbiome of Symbiodiniaceae (phylum: Dinoflagellata), the photosynthetic endosymbionts of reef building corals. To determine the influence of Symbiodiniaceae exudate on their associated bacteria, we incubated isolates of Marinobacter adhaerens HP15 and Labrenzia sp. 21p with Symbiodiniaceae culture filtrate or culture medium (control) and investigated their volatilomes using GC–MS. The volatilome of Labrenzia sp. incubated in Symbiodiniaceae filtrate was significantly different and more diverse relative to the control. In contrast, the overall composition of the M. adhaerens volatilomes were consistent between treatment and control. Among the 35 compounds detected in both bacterial species, the dominant chemical functional groups were halogenated hydrocarbons, aromatic hydrocarbons and organosulfurs, some of which are known to play roles in inter-organism signaling, to act as antioxidants and as antimicrobials. This study provides new insights into the potential sources and diversity of marine BVOCs, uncovering a wide range of molecules that may play important physiological and ecological roles for these organisms, while also revealing the role of Symbiodiniaceae-associated bacteria in the emission of important atmospheric gases.

Dinoflagellates of the genus Symbiodinium underpin the survival and ecological success of corals. The use of cultured strains has been particularly important to disentangle the complex life history of Symbiodinium and their contribution to coral host physiology. However, these cultures typically harbour abundant bacterial communities which likely play important, but currently unknown, roles in Symbiodinium biology. We characterized the bacterial communities living in association with a wide phylogenetic diversity of Symbiodinium cultures (18 types spanning 5 clades) to define the core Symbiodinium microbiome. Similar to other systems, bacteria were nearly two orders of magnitude more numerically abundant than Symbiodinium cells and we identified three operational taxonomic units (OTUs) which were present in all cultures. These represented the α-proteobacterium Labrenzia and the γ-proteobacteria Marinobacter and Chromatiaceae. Based on the abundance and functional potential of bacteria harboured in these cultures, their contribution to Symbiodinium physiology can no longer be ignored.