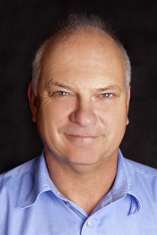 The genus Leishmania includes approximately 53 species, 20 of which cause human leishmaniais; a significant albeit neglected tropical disease. Leishmaniasis has afflicted humans for millennia, but how ancient is Leishmania and where did it arise? These questions have been hotly debated for decades and several theories have been proposed. One theory suggests Leishmania originated in the Palearctic, and dispersed to the New World via the Bering land bridge. Others propose that Leishmania evolved in the Neotropics. The Multiple Origins theory suggests that separation of certain Old World and New World species occurred due to the opening of the Atlantic Ocean. Some suggest that the ancestor of the dixenous genera Leishmania, Endotrypanum and Porcisia evolved on Gondwana between 90 and 140 million years ago. In the present study a detailed molecular and morphological characterisation was performed on a novel Australian trypanosomatid following its isolation in Australia's tropics from the native black fly, Simulium (Morops) dycei Colbo, 1976. Phylogenetic analyses were conducted and confirmed this parasite as a sibling to Zelonia costaricensis, a close relative of Leishmania previously isolated from a reduviid bug in Costa Rica. Consequently, this parasite was assigned the name Zelonia australiensis sp. nov. Assuming Z. costaricensis and Z. australiensis diverged when Australia and South America became completely separated, their divergence occurred between 36 and 41 million years ago at least. Using this vicariance event as a calibration point for a phylogenetic time tree, the common ancestor of the dixenous genera Leishmania, Endotrypanum and Porcisia appeared in Gondwana approximately 91 million years ago. Ultimately, this study contributes to our understanding of trypanosomatid diversity, and of Leishmania origins by providing support for a Gondwanan origin of dixenous parasitism in the Leishmaniinae.

The efficacy of pyriproxyfen against the Australian salt-marsh mosquito, Aedes vigilax, was examined in 2 laboratory and 1 semi-field study using both technical grade and formulated products. In a dose-response study, the median emergence inhibition (EI5

For many decades effective insect repellents have relied on synthetic actives such as N,N-diethyl-metatoluamide. Increasingly, consumers are seeking natural-based alternatives to many everyday products including insect repellents. While many studies have

An increase in the number of anecdotal reports of bedbug infestations i short-stay lodge type accommodation used by backpackers and other budget travellers inthe City of Sydney promoted a pilot survery to determine the extent of the problem. The aim of the survey was to obatin the perspective of the lodge managers on bedbug problems and how they handled them. This article describes the survey results and assesses the effectiveness of the methods of control reported.

A one-year field study was carried out in 45 households in Cairns, North Queensland to evaluate the efficacy of three topical or systemic treatment programs in controlling cat flea (Ctenocephalides felis) infestations within the residence and on dogs and cats. Homes were randomly assigned to one of three treatments. In the first group of homes, lufenuron was administered orally to all household pets according to label recommendations for the study duration, and nitenpyram was administered orally once per week for the first 6 weeks. After 6 weeks, all pets in the household received a single dose of nitenpyram if fleas were observed on any animal. Treatments in the second group of homes were identical to those for the first group except that all pets in the household received two doses of nitenpyram per week. In the final group, imidacloprid was applied topically to all household pets once every 4 weeks for the duration of the study, and no other flea-control measures were applied. Flea populations on the pets of all treatment groups were assessed; environmental flea numbers were assessed only for Groups 1 and 3. The combination of lufenuron and nitenpyram provided superior control of flea populations on the animals and in the environment compared with using imidacloprid alone.