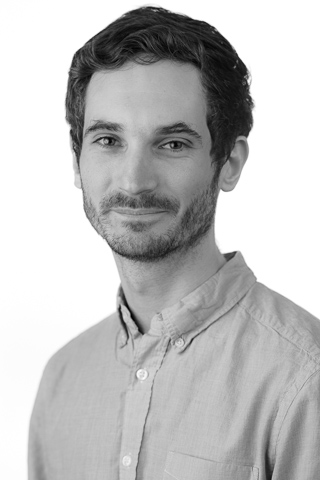 Dr. Benjamin Abraham is a lecturer in the School of Communication at the University of Technology Sydney. His research and teaching has a highly interdisciplinary focus across games and digital media/culture, internet activism, nonhuman philosophy, finance studies, and climate change. Prior to working at UTS he spent five years teaching undergraduate media students in the faculty of Media, Music, Communications and Cultural Studies at Macquarie University, Sydney, having taught introductory digital media theory and production skills, fundamental web development skills, and game studies courses.

Abraham, B 2018, 'Video Game Visions of Climate Futures: ARMA 3 and Implications for Games and Persuasion', Games and Culture, vol. 13, no. 1, pp. 71-91.View/Download from: UTS OPUS or Publisher's site

This article discusses ARMA 3 (2013), a military simulation game from Bohemia Interactive. Through the prominent placement of visual representations of renewable power generation the game offers a compelling vision of the future in which current resistance to low-carbon and renewable economies have been overcome. I argue that the potential of this vision to challenge cultural futures and imaginaries is dependent on its presentation aesthetically and not, as is often suggested, on game mechanics operating in a “persuasive” mode. Instead, I argue that ARMA 3’s aesthetic vision can skirt around the ideological resistances players may have against accepting more didactic modes of engagement with the highly charged and ideologically contested reality of anthropogenic climate change. In this way, I suggest ARMA 3 offers a compelling challenge to current theories about games ability to persuade or influence players.

Abraham, BJ 2018, 'What is an ecological game? Examining ecological dynamics and metaphors through the survival-crafting genre', TRACE a journal of writing media and ecology, no. 2.View/Download from: UTS OPUS

This paper takes as its focus the genre of games known as ‘survival-crafting’. These games, popularized in the wake of Minecraft’s (2010-present) success, often feature high degrees of environmental interactivity and simulation of plant and animal behaviors, as well as a heightened sense of dependence upon the natural environment for shelter, sustenance, entertainment and other necessities. Beginning with an examination of the ecological and environmental metaphors embedded within terms commonly used to describe features of the genre, I will then focus on its two nominal pillars: survival and crafting. Analysis of both these mechanics reveals their role in creating game dynamics that are less ecological and more economic in character. Many games lead players to prioritize resource acquisition, and structure their play experience according to rates of resource accumulation that mirror capitalist economic activity. Often these processes resemble a simplified and stylized re-enactment of industrialization. This paper concludes that a truly ecological game only becomes conceivable in a partial and fragmentary way through what Timothy Morton (2010) calls ‘the ecological thought’ – by thinking across the connections and assemblages involved in digital gaming as an activity or experience.

The burgeoning genre of climate fiction, or “cli-fi,” in literature and the arts has begun to attract both scholarly and popular attention. It has been described as “potentially [having] crucial contributions to make toward full understanding of the multiple, accelerating environmental challenges facing the world today” (Buell). Implicitly, these works confront the current orthodoxy about where exactly the issue of climate change sits in domains of knowledge. As Jordan notes: “climate change as ‘nature” not culture is still largely perceived as a problem for the sciences alongside planning, policy, and geography” (Jordan 8). In this paper we ask where is, or alternatively what could climate fiction look like within the field of digital games? Even a passing familiarity with the cultural output of the mainstream game industry reveals the startling omission of the issue – with very few games telling stories that engage with climate change and the unfolding ecological crisis (Abraham “Videogame Visions”). Finding a relative dearth of explicit engagement, this paper offers an alternative engagement with climate change in games by focussing on the underlying ideas, conceptions and narratives of human-environment relationships that have been a part of games since their earliest incarnations. We argue that it is possible to read games for particular conceptualisations of human relationships to nature, and offer a description of four highly prevalent “modes” of human-environment engagement. We describe and analyse these relationships for their participation in or challenge to the same issues and problems that undergird the current ecological crisis, such as enlightenment narratives of human mastery and dominion over the earth.

This article makes a case study of ‘flarfing’ (a creative Facebook user practice with roots in found-text poetry) in order to contribute to an understanding of the potentials and limitations facing users of online social networking sites who wish to address the issue of online hate speech. The practice of ‘flarfing’ involves users posting ‘blue text’ hyperlinked Facebook page names into status updates and comment threads. Facebook flarf sends a visible, though often non-literal, message to offenders and onlookers about what kinds of speech the responding activist(s) find (un)acceptable in online discussion, belonging to a category of agonistic online activism that repurposes the tools of internet trolling for activist ends. I argue this practice represents users attempting to ‘take responsibility’ for the culture of online spaces they inhabit, promoting intolerance to hate speech online. Careful consideration of the limits of flarf's efficacy within Facebook’s specific regulatory environment shows the extent to which this practice and similar responses to online hate speech are constrained by the platforms on which they exist.

This article examines the Tumblr site Fedoras of OK Cupid which emerged in 2012 amidst a growing trend in feminists and other activists online that used shaming as an activist strategy. Fedoras of OK Cupid displays images and excerpts from men who wear fedora hats in their OK Cupid dating profile pictures, often highlighting worrying or even downright dangerous attitudes towards women revealed by their profiles. To understand this practice this articles draws on work identifying feminist discursive activism in online communities, to examine the Tumblr site in the context of reintegrative shaming in order to evaluate the practice of deploying shame for activist ends. While shame is often seen as having stigmatising effects, the author of the Fedoras of OK Cupid Tumblr illustrates how the process of reintegrative shaming may work in the context of online activism by offering earnest commentary on negative attitudes while also offering the possibility of social reintegration.

Since the Doom series, First Person Shooter (FPS) videogames have ricocheted through the gaming community, often reaching outside that community to the wider public.

This chapter explores how the game Halo 2, and games more generally, deal with the problem of music synchronisation with unpredictable, interactive visuals.