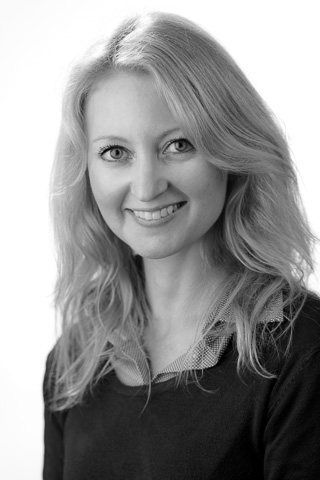 Dr Belinda Middleweek is a Senior Lecturer in Journalism in the School of Communication at UTS. She has worked as a news producer for Australia’s top rating breakfast television programs Sunrise and The Morning Show and for the nightly current affairs program Today Tonight (Seven Network). She has a background as an associate producer, field producer and researcher on investigative crime documentaries for Beyond International, Shadow Productions and iKandy Films. Her research focuses on the social implications of media technologies, emerging trends in journalism and transdisciplinary approaches to human-tech interactions. Belinda is a member of the UTS Expert Working Group on Human Rights and AI that, in March 2020, made recommendations to the Australian Human Rights Commission for its Discussion Paper on Human Rights and Technology.

Her co-authored book Real Sex Films: The New Intimacy and Risk in Cinema (2017, OUP) with Professor Emeritus John Tulloch, explored one of the most controversial movements in international cinema through an innovative combination of critical feminist mapping theory, risk sociology and feminist film theory. Her next book, Feral Media? The Chamberlain Case, 40 Years On, draws on her PhD research and will be published by Australian Scholarly Press in 2020.

In her PhD thesis, Belinda used a combination of interviews, archives and critical news analysis to explore media reportage of Australia’s infamous ‘dingo baby case’. She was the first to systematically analyse pro-Chamberlain activist newsletters and pamphlets held in special collections at the State Library of NSW that undermine the long-held assumption the Chamberlain case was a ‘trial by media’. Belinda's research on the Chamberlain case has been published in academic journal articles; in an ABC Radio National documentary Belinda co-produced (with Deutsche Welle producer, Barry McKay); in media interviews; in consultancy for a New York Times investigative documentary and in her forthcoming book. Following her PhD, Belinda was appointed a postdoctoral researcher on the year-long project ‘Systemizing Quality Enhancement and Assurance Processes to Better Support Student Learning’ at The University of Sydney.

In 2018, Belinda was awarded an Erasmus Mundus Scholarship and has held visiting scholar positions at City University, London and the Danish School of Media and Journalism (DMJX). She was invited to present her human-tech research at the UC Berkeley ‘Commons Conversations’ new media lecture series and to faculty at the University of Amsterdam (UVA). She has been accepted for a forthcoming visiting scholar appointment at the University of California, Berkeley's Centre for New Media (BCNM), to work on a Silicon Valley project exploring human-tech interaction.

In May 2020, Belinda founded and coordinated the Global Journalism Collaboration Project involving 100 students and faculty from five universities in Germany, Romania, the UK, Kyrgyzstan and Australia collaborating in lockdown to produce solution-focused news stories about COVID-19.

Within the domain of film studies, the recent surge in films depicting graphic and high-impact sex and sexualized violence has been variously classified under the terms transgressive, brutal, provocative, real sex, and extreme cinema. These classifications, however, tend to underplay the films' sociohistorical contexts and reflexive struggle for meaning. We argue that the similarities and differences between these real or simulated sex films are determined and mediated within geographical space and historical time. But every film book has its own personal historical starting point: in our case, this is the coming together as intertexts of the real sex film Intimacy with a major academic text, The Transformation of Intimacy, and as authorial agents of a television and documentary film producer and a media academic. This book argues that the meanings we attach to "real sex" cinema are discursively constructed not only by academic experts but by filmmakers, performers, audiences, and film reviewers. Debates about the meaning of real sex cinema are best understood in dialogue, and for the first time in interdisciplinary studies, we foster "mutual understanding" and "critical extension" among new risk sociology, feminist mapping theory, feminist film studies, and film reviewers, while also embracing film/media studies concepts of production, social audiences and spectators, genre, narrative, authorship, and stars. Above all, this is an interdisciplinary book, which engages with, supports, critiques, and extends each of these professional fields of discourse, each with its own schema of filmic understanding

Debates about human–machine relationships have intensified following the launch of the world's first commercially available sex robot 'Harmony', a hyperrealistic sex doll with AI-capabilities. With the likely consumer market for these devices among white, male, heterosexual sex-doll owners, their views about sex robot technology and the niche online communities in which they discuss their doll relationships have received little scholarly attention. Through a qualitative analysis of the discursive practices of male users of a major sex doll forum, this study found complex and dynamic homosocial relations characterized men's online interactions. In their discussion of a sex robot future, men negotiate competing structures of masculinity and sexuality and create a safe, online space for others to express their sexual desires and preferences. Using the concept of the 'seam' or join, the results reveal the way male users of sex dolls position themselves subjectively and are positioned by technology and the increasingly porous interface between human and machine.

The use of selfies as a political tool is critical to the form, shape and expression of online activist networks. In the trending Twitter #FacesOfProstitution, such self-presenting practices challenged the prevailing politics of anonymity around sex work and articulated new modes of political organizing, agency and information dissemination within a networked online community. Analysing the sex worker online campaign using feminist materialist approaches to the body this interdisciplinary article contributes to current discussions about selfies and embodied forms of activism in online spaces and addresses a gap in sex advocacy literature on digital protest cultures.

Numerous studies have found the reporting of sex is sensationalized and intended to create controversy while journalists have little regard for the topic. Such matters are important given the #MeToo movement has broadened public debate about sexual issues, practices and behaviors. However, there is scant research on the professional identities of journalists who specialize in sex news and the industrial, social and individual-level factors shaping their reportage. Extending an earlier qualitative study comprising interviews with female freelance journalists in North America, Canada, Germany and Australia, this article conceptualizes sex journalism as a specialism in flux and, using the concept of 'biodigital vulnerability', argues that sex journalists are exposed to gendered experiences of risk in their news work. The results suggest greater consideration for the professional and gendered identities of sex journalists may improve sex news coverage and optimize sexual health outcomes given the importance of sex news as a public information source.

Middleweek, B, Mutsvairo, B & Attard, M 2020, 'Toward a Theorization of Student Journalism Collaboration in International Curricula', Journalism and Mass Communication Educator.View/Download from: Publisher's site

Adopting an international approach to journalism pedagogy, this study reports on the findings of a Global Journalism Collaboration Project involving 267 undergraduate and postgraduate students from Germany, Italy, Kenya, Uganda, Romania, Colombia, and Australia. Over 6 weeks in 2019, students collaborated to produce multimedia news stories on current issues. Using student survey results and written evaluation assessments, we report on the benefits and challenges of international student journalism collaboration. The most significant challenge was differential access to information communication technologies (ICTs) among African partner countries
and, using empirical data, we offer a set of "guardrails" for future international student journalism collaboration projects.

In the field of celebrity studies much has been written about the superficiality of contemporary celebrity culture in which ordinary individuals are recognised as exceptional or worthy of public attention in the absence of any particular talent, contribution or achievement (Bell, 2010; Boorstin, 1972; Gamson, 1994; Langer in Edgar, 1980; Marwick and boyd, 2011; Redmond, 2013; Rojek, 2001; Turner, 2004, 2014; Turner et al., 2000). Much less has been written about the link between celebrity and criminality and the types of categories into which celebrified criminals fall (Jenks and Lorentzen, 1997; Penfold-Mounce, 2009). In the scant studies that do exist there is a thinness of attention to gender despite persuasive arguments within feminist criminological studies that crime is a gendered concept in news discourse (Jewkes, 2011; Smart, 1977). Using a qualitative content analysis of a selection of news articles on two high profile cases involving women convicted of a crime, Lindy Chamberlain (now exonerated) and Schapelle Corby, as well as recent work in the sociology of risk on desire and transgression, this research suggests that the current naming practices surrounding criminally implicated women do not adequately capture the constellation of gender-inflected media messages and the meanings with which they are imbued by sections of news workers. The implications of this research warrant a re-think of the customary labels ascribed to women convicted of a crime and the addition to existing taxonomies of a new category of celebrity, the 'deviant diva'.

Middleweek, BM 2017, 'Dingo media? The persistence of the "trial by media" frame in popular, media, and academic evaluations of the Azaria Chamberlain case', Feminist Media Studies, vol. 17, no. 3, pp. 392-411.View/Download from: Publisher's site

In the bulk of popular, media, and scholarly discourse on Azaria Chamberlain's disappearance there is overwhelming consensus that the sensationalist reporting of the event convicted parents Michael and Lindy of their daughter's murder outside official court processes. In feminist scholarship in particular, the infant's disappearance in August 1980 has been read according to a "trial by media" frame. This frame persists despite altered perspectives about the role of the Australian public whose punitive and collectively hostile response to a media-driven hysteria has been replaced with the portrait of a kinder and more compassionate nation. The objectives of this article are threefold: to demonstrate the persistence of the trial by media frame in popular, media, and academic discourse; to consider assumptions of a monolithic and hostile media; and by examining a previously unanalysed archive to suggest that these arguments overlook the existence of sympathetic voices in mainstream media as well as the dialogic connection between media and counter-publics mutually supporting the Chamberlains' bid for innocence. This research offers an alternative view to scholarship on a landmark event in Australian history and has broader implications for the way we view the media in trial by media situations.

What precisely is sex journalism? Belinda Middleweek interviews 10 freelancers specialising in the field to find out. And she concludes that if, as researchers agree, the accurate coverage of sex could well improve people's sexual health, a greater understanding of the professional identities of sex journalists will go some way towards that goal.

This paper explores the conference theme 'bridging the gap' between celebrity and intellectual culture through a parallel analysis of terrorism reportage across television genres. Drawing on the British television series Atheism, the documentary series I Survived and a selection of British and Dutch television news interviews we illustrate the varying ways in which public scholars negotiate the institutional constraints underpinning national and international approaches to terrorism reportage. The final section of this paper offers a personal and professional example of 'bridging the gap'.

The Afterword highlights the range of creative methodological approaches and practices in screen production research explored in this book. While the majority of contributors reflect on the production phase of their research projects, the Afterword suggests an alternative approach in the absence of 'being there' on set. Using 'soft ethnography' to analyse the controversial film Blue Is the Warmest Colour, we focus on some key 'authors' (including performers) to examine the flow and feedback between different authorial 'signatures' revealed by after-the-event interviews and textual reading. Whether properly ethnographic, 'cognitive two-step', or our own case study of 'soft ethnography', we share an important contemporary upsurge in research that emphasizes a reflexive approach to tacit knowledge, embodiment and affect

The Media and Lindy Chamberlain, and Reporting Criminal Matters in the Northern Territory today (2012) is a 30-minute radio documentary co-produced for ABC Radio National's 'The Media Report'.

Chad Morgan: I'm Not Dead Yet (2011) is a feature length documentary that builds on mistaken media reports of the death of country music legend Chad Morgan, presenting a living eulogy of him.