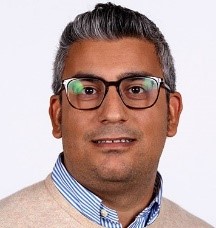 Antonio Rosato joined UTS in July 2013 after obtaining his PhD in Economics from UC Berkeley.

We analyze a model of price competition between a transparent retailer and a deceptive one in a market where a fraction of consumers is naïve. The transparent retailer is an independent shop managed by its owner. The deceptive retailer belongs to a chain and is operated by a manager. The two retailers sell an identical base product, but the deceptive one also offers an add‐on. Rational consumers never consider buying the add‐on while naïve ones can be “talked” into buying it. By offering the manager a contract that pushes him to never sell the base good without the add‐on, the chain can induce an equilibrium in which both retailers obtain more‐than‐competitive profits. The equilibrium features price dispersion and market segmentation, with the deceptive retailer targeting only naïve consumers whereas the transparent retailer serves only rational ones.

© 2019 Elsevier Inc. A key prediction of expectations-based reference-dependent preferences and loss aversion in second-price auctions with private values is that the number of bidders should affect bids in auctions for real objects but not in auctions with induced monetary values. In order to test this distinctive comparative statics prediction, we develop an experiment where subjects bid in multiple auctions for real objects as well as auctions with induced values, each time facing a different number of rivals. Our results are broadly consistent with expectations-based reference-dependent preferences and loss aversion. We find that in real-object auctions bids decline with the intensity of competition whereas in induced-value auctions, instead, bids do not vary with the intensity of competition. Our results suggest that bidders may behave differently in real-object auctions than in induced-value ones, casting some doubt on the extent to which findings from induced-value laboratory experiments can be transferred to the field.

© 2016 Elsevier B.V. This paper analyzes sequential negotiations with exogenous breakdown risk between a risk-neutral seller and a loss-averse buyer who is privately informed about his valuation. I show that, compared to the risk-neutral benchmark, loss aversion on the buyer's side softens the rent-efficiency trade-off for the seller. The reason is that the higher the buyer's valuation is, the more he has to lose by rejecting the seller's offer. Thus, in equilibrium the seller's profits and overall efficiency are both higher than in the risk-neutral case. Moreover, I also show that loss aversion has a redistributive effect by increasing the equilibrium payoff of some low-valuation buyers and decreasing that of high-valuation ones.

© 2015 Elsevier B.V. Firms often enter new markets by taking over an incumbent. We analyze a potential entrant's choice of target under two (exogenously given) takeover mechanisms: (i) auctions, where other incumbents can bid for the target against the entrant, and (ii) bilateral negotiations between the entrant and the target. The entrant's choice of target depends on the mechanism, and it may not maximize its ex-post profit (nor consumer welfare). In an auction, the entrant pays a higher price to take over a target with higher synergies, because these impose stronger negative externalities on incumbents and increase their willingness to pay for preventing entry. Auctions increase the price obtained by the target, but reduce welfare compared to negotiations because they may discourage the entrant from acquiring a target with higher synergies.

This article derives the optimal pricing and product-availability strategies for a retailer selling two substitute goods to loss-averse consumers and shows that limited-availability sales manipulate consumers into an ex ante unfavorable purchase. The seller maximizes profits by raising the consumers' reference point through a tempting discount on a good available only in limited supply (the bargain), and cashing in with a high price on the other (the rip-off), which consumers buy if the bargain is not available to reduce their disappointment. The seller might prefer to offer a deal on the more valuable product, using it as a bait.

The Role of Reference-Dependent Preferences in Auctions and Negotiations