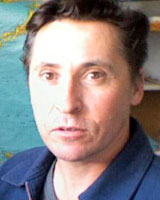 Andrew Taylor is a Senior Lecturer in the Media Arts Program at UTS. He is a cinematography graduate of the Australian, Film, Television and Radio School (1994) and since graduating from AFTRS has worked as both a director and cinematographer. Taylor’s credits include television and cinema commercials; sponsored documentaries; and two feature length interactive animated versions of Xena:Warrior Princess.

Taylor’s work is characterised by a strong visual style, and an innovative approach to form.  Taylor’s film, Kabbarli (2001), a dramatised documentary based on the life of Daisy Bates, was screened nationally on SBS and was showcased as ‘Movie of the Week’ in several capitals. Kabbarli was also selected for screening at the major Australian and International film festivals.

Recently, Taylor has focused on his work as a documentary-maker. In 2009, he completed Siberia, a short lyrical documentary based on photos he took in Russia in the early 1990s. Siberia has since been selected to screen at over a dozen International events including the Oberhausen and Edinburgh Film Festivals and as part of a curated season at the Pompidou Centre (Paris). Andrew’s most recent film, First Person Kodachrome (2014), screened nationally on ABC TV. The film combines a history of Kodachrome with a personal memoir exploring family photos, memory and loss.

History and film; experimental cinematography;  animated documentary, the intermingling of film and photography.

This article is focused on the film-photo-essay form. The first part of the article is a narrative account of my experiments `writing with images in the early and mid-2000s, using then, new digital tools to make film-photo-essays. My account reflects on how the change from analogue to digital affected my approach to photography, filmmaking and writing with images. It then looks at the example of Siberia, an illustrated script that was written following my experimentation with the film-photo-essay form. The second part of this article is a more general enquiry into the film-photo-essay form and work that combines cinema and photography. I discuss the contemporary interest in work that falls on a spectrum between photography and cinema; often referred to as `still/moving. I then focus on the `Left Bank Group, whose work often combined cinema, photography, and the literary and philosophical essay. Examples from the `cine-writing of Alain Resnais, Agnes Varda and Chris Marker highlight how Raymond Bellours idea of the `pensive moment is apt in relation to their work. I argue that still/moving forms allow more space for audience interaction and emotional response than conventional narrative cinema; and in a world saturated with information and cluttered with images, there is an important place for new pensive hybrid art forms.

From magic lantern shows to PowerPoint presentations, the slide show has cast a long shadow on documentary film. In the 1880s the New York Police reporter, Jacob Riis, barnstormed America with magic lantern images of urban poverty, hoping to rouse sympathies and eventual relief for the city's underclass. In mid 2006, An Inconvenient Truth, a documentary woven around Al Gore's slide show PowerPoint presentation, screened to audiences around the world. This article examines links between the slide show and documentary. It argues that this connection is illuminating in thinking about the relationship between stillness, movement, cinema and photography. It also argues that a characteristic of slide show documentaries is their preoccupation with time, memory, mortality and death.

Taylor, A 2019, 'There Is No ‘E’ in ‘Constraints’: Teaching Creativity in Higher Education Screen Production' in The Palgrave Handbook of Screen Production, Palgrave Macmillan, Cham, Switzerland, pp. 403-414.View/Download from: Publisher's site

This chapter explores one particular idea found to be powerful when teaching in universities. This idea is that limits or constraints foster creativity. Teaching creative writing by imposing constraints is well established in creative writing texts and courses. This chapter shifts the attention from looking at using constraints in the teaching of creative writing to using them in the field of film and video production (media arts). Initially the chapter cites several well-known creative writing exercises that use limits as a means of honing craft and enhancing creative output. Moving from creative writing to filmmaking, the chapter examines several examples from the world of international cinema: the films of Ozu and Bresson; Italian neo-realism; the Dogme 95 manifesto and related film, The Five Obstructions (1995). Finally, it looks at two case studies drawn from the author’s work teaching screen production in an Australian university to demonstrate the effectiveness of using constraints to teach both creativity and craft.

In 2004 the last of the Kodak slide carousels rolled off the production line and in 2009 Kodak stopped manufacturing Kodachrome, the `classic slide-film emulsion it had developed seventy years earlier. The click-chuh-clunk sound of slide carousels and rich saturated colours of Kodachrome were both deeply associated with slide shows. The end of their manufacture effectively marked the death of the photo-chemical slide show as a popular medium. Despite its rich history and prevalence in post-war culture, written commentaries (critical or otherwise) on the slide show form are almost non-existent. It is likely that individual collectors and museums will keep individual slides and slide-related technology for some time. However, if we are not careful we will lose all record of how these technologies were used and the place of the slideshow in 20th century culture will disappear. We need memories to make these objects come alive. We need to remember how we used these objects to remember. The Smell of Glass Bead Screens investigates memories of the (photo-chemical) slide show, and looks at the place of the slide show in suburban culture. The chapter contributes to a missing piece in histories of both photography and popular culture. What insights does a history of the slide show offer in thinking about changes from analogue to digital? How did we use slides to remember and shape the image of ourselves? What does a history of the slide show tell us about changes in the way we see and imagine ourselves and the world in the early 21st century?

This paper focused on the film-photo-essay form. The first part of the paper was a narrative account of my experiments âwriting with imagesâ in the early and mid-2000s, using then, new digital tools to make film-photo-essays. My paper reflected on the change from analogue to digital affected my approach to photography, filmmaking and writing with images. The second part of paper was a more general enquiry into the film-photo-essay form and work that combines cinema and photography. I discussed the contemporary interest in work that falls on a spectrum between photography and cinema; often referred to as âstill/movingâ. I then focused on the âLeft Bank Groupâ, whose work often combined cinema, photography, and the literary and philosophical essay. Examples from the âcine-writingâ of Alain Resnais, Agnes Varda and Chris Marker highlighted how Raymond Bellourâs idea of the âpensive momentâ is apt in relation to their work. I argued that still/moving forms allow more space for audience interaction and emotional response than conventional narrative cinema; and in a world saturated with information and cluttered with images, there is an important place for new pensive hybrid art forms.

What is it that makes a film still/moving? In this paper, I make a simple working definition of still/moving films as those that sit between still images (photography) and moving pictures (cinema). I touch on some widely celebrated and critically acclaimed examples that fit with this definition in the documentary realm: Alain Resnaisâ Van Gogh, (France, 1948); Agnes Vardaâs Salut les Cubains (France, 1963); Colin Low and Wolf Koenigâs Yukon Gold (Canada, 1965); and Ken Burnsâ The Civil War ( USA, 1991). I then deepen my simple definition. I argue the ghost of the slide show haunts many still/moving documentaries but to reduce all still/moving works as being âslide show documentariesâ misses the mark. I revisit Resnaisâ Night and Fog (France, 1955) and Markerâs Sunless (France, 1983) - two works that donât fit well with my opening definition of still/moving documentaries â to argue that âstill/moving-nessâ is also about an interplay of motion and stasis used for punctuation and expression, visual rhythm and music. Finally, I return to Yukon Gold and The Civil War to see how these ideas of rhythm and music play out on sections of these films that use moving images not still photographs.

Siberia is a first-hand account of a collision between the Siberian oil-gas frontier, a remote Indigenous community, and a film crew. The story of the film is told through hundreds of still photos taken in the early 1990s, shortly after reforms of glasnost and perestroika. Digital convergence has brought the relationship between the stillness of the photographic and the motion of the filmic to the fore. Research into the relationship between film and photography is a field of study that has seen considerable growth in the past few years, including Mulveys Death 24 x a Second: Stillness and the Moving Image (2006); Campanys Photography and Cinema (2008); and a collection of essays edited by Beckman and Ma, Still moving: between cinema and photography (2008). Siberia is new creative research into this field. It focuses on the still/moving in documentary in general, and the slide show and documentary, in particular. Siberia also forges new ground technically and artistically. The film was made using an innovative blend of analogue and digital technologies. Siberia poetic memoir voice is a break in style from the dominant traditions in documentary. It is part documentary, essay film and personal narrative. Its tone is more akin to a fable or tale than conventional observational documentary or reportage. Siberias originality and excellence is evidenced by its acceptance into over fifteen International festivals and film events. These include internationally renowned events at the Centre Georges Pompidou; the Oberhausen Festival, Germany; and the Edinburgh International Film Festival. In addition, Siberia has been invited to screen at international events in over 10 countries including the UK, Brazil, Sweden, Switzerland, Spain and Australia. Siberia was a finalist in the 2009 ATOM Awards (Australian Teachers of Media); and was also a finalist in the 2010 Australian Screen Sound Guild Awards.

A Cinematic Screening of Documentary Photography in Association with 'Art & About'. In its 9th screening season, this community run event Cross Projections is a sell out photographic event held at the Royal Australian Institute of Architects theatre in Potts Point, Sydney. Cross Projections is a multi media, cinematic screening of sixteen photographers personal essays. Their work practice encompasses social documentary and fine art photography, photojournalism, teaching, critique and exhibition. Many of the Cross Projections photographers have work held in the National Archives of Australia and collections both in Australia and Internationally.

Kabbarli, a film about Daisy Bates. Kabbarli was pre-sold to SBS TV and was screened at local and international festivals.