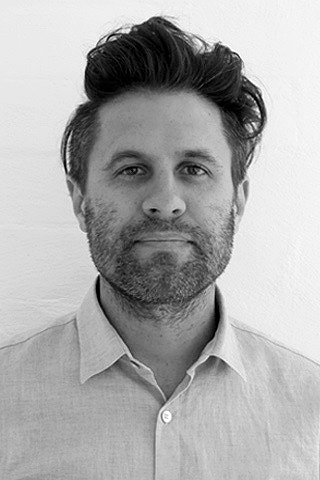 'It's a miracle cinema exists.... a place on earth from where you can see life and death from different angles' (Leos Carax)

Subversion with a Smile: Mockumentary and the Art of Discomfort: Marcus Gale, DCA

360-degree Film-making: Where do we look next?: Liam Branagan, DCA

It was in high-school that a precocious Woody Allen (Allan Stewart Konigsberg) started writing jokes for print media.1 At seventeen he was published in Nick Kenny’s column for the New York Daily Mirror, then Earl Wilson’s column at the New York Post.2 Allen recalls, “One day after school I started typing jokes out and looking at them. And I immediately sold them at ten cents a crack to newspaper columns. I was working immediately so there was never any doubt about what I was going to do.”3 This early commitment to a life of writing would find a diversity of creative outputs: print media, stand-up comedy, radio, theatre, essays, prose and screenwriting for television and feature film – which is the focus of this article. In 1953, Allen enrolled at New York University, taking an arts degree with a major in film production. He lasted just two semesters.4 After abandoning a formal education, and harbouring ambitions as a playwright, he turned to private tuition from Lajos Egri, having been an admirer of The Art of Dramatic Writing.5 However, Allen quit this path to formal screenwriting education and confirmed his ongoing commitment to autodidacticism. Some decades later, the character Gabe (Allen) in Husbands and Wives (1992) reiterates this, “You can’t teach writing…it’s not something you can teach…y’know you can only expose the students to good literature and hope it inspires them. The ones that can write can write when they come to my class and the others never learn.”

It was the momentum of the first “Golden Age” of television (the late 1940s to early 1960s) which propelled Woody Allen to screenwriting, and from New York to California. In 1955, he was selected to participate in a new NBC Writer’s Development Program (Brunette 2006: xv...

n this contribution, Alex Munt focuses on the third installment in Russian director Alexander Sokurov’s museum trilogy, 2016’s Francofonia, a work set predominantly in the Louvre. For Munt, our understanding of Francofonia can be enriched by an analysis of the paintings shown in the film and the historical context in which they came to be included in the museum’s collection. For Munt, the juxtaposition of this canonical content with Sokurov’s experimentation with new digital filmmaking techniques lends the film a hybrid, playful quality that is formally located between the cinematic essay and the poetic documentary.

This article considers how screenwriting might operate in the newly established medium of cinematic virtual reality (CVR). In Part One, we take a wide view of ways to consider screenwriting and development for CVR. Our approach theorizes CVR in the tradition of picture-making (or image-making) practices that can be traced within a broader history of the visual arts – from painting, to photography and contemporary art. In this way, we lay open the possibility for CVR to find diverse paths as it responds to narrative concerns rather than suggest it should merely repeat the consolidation of narrative that occurred with the transition of
exploratory early cinema to the dominant Classical Hollywood system. In Part Two, our case study approach considers co-author, Miriam Ross’, CVR practice-based research to allow a discussion of the format that can be used for delivery of the CVR screenplay. Our aims are to connect a historically based spatialization of the image with the question of the spatialization of the screenplay for CVR 360-degrees media.The agenda is to expand the conversation around CVR to reflect upon, and inspire,
new ways of thinking (and seeing) the potential for the development of screen ideas in this medium.

New Hollywood, from the late 1960s to early 1980s, was marked by an innovation in film business (production, marketing, audience) together with an opening up of film form. Today, some fifty years later, film culture is again in flux with new models of funding, production and distribution for the digital age. The impact of these developments on screenwriting is (necessarily) speculative at this stage. The focus of this article is on screenwriter/director Paul Schrader, a jump-cut from Taxi Driver (1976) to The Canyons (2013) his experiment in `post-theatrical cinema with novelist/screenwriter Bret Easton Ellis. The film was written for microbudget and crowdfunded on the Kickstarter platform. It assembles the notorious cast of porn star James Deen and celebrity maelstrom Lindsay Lohan. The Canyons rolled out with an aggressive online marketing strategy and innovative `day and date distribution model with an eye to video on demand. Larry Gross has described the film as belonging to `this cultural moment (2013). In this analysis of The Canyons I ask: What does it mean to conceive, and write, a screenplay for the present, for `now? How does screenplay development and creative collaboration differ in crowdfunded/microbudget environment? How does the film interact with new forms, and aesthetics, appropriate to this `cultural moment? In the final part of the article I attempt to situate the film within a wider narrative framework via Paul Schraders diagnosis of `narrative exhaustion, Douglas Rushkoffs theory of `present shock and Bret Easton Ellis rumination on the American `post-empire condition.

This article explores `scripting' the adapted screenplay for budget film models, including microbudget features, DIY film-making and creative practice-led research. It highlights the lack of attention given to the adapted screenplay in the field of adaptation studies, and works with notions of intermediality, and transmediality, to privilege the screenplay as the primary site for creative interaction in the adaptation process. In the context of small-scale, budget film-making practices the focus is towards modes of scripting that rely on working with images, both as part of the screenplay form/format and more directly, in `writing' with moving images, with the screenplay situated within production. This article argues that in consideration of the adapted screenplay, for budget film-making, the relationship between words and images is realigned. The impact of digital media culture together with the advance of digital film-making will accelerate this. Two case studies are presented. The first is Mala No he (1985), the debut feature film of Gus Van Sant, based on the novella by Walt Curtis. The second is LBF (2011), the author's own debut feature film, based on the novel Living Between Fucks (2006) by Cry Bloxsome. This article aims to engage screenwriting researchers, independent/budget film-makers and creative arts practitioners.

Research background: in this portfolio Alex Munt uses the affordances of digital media to explore aesthetic questions. 24 Hour Franco is a Two-Channel television sculpture that explores the intersection of celebrity and art-based image economies via cultural icon, celebrity and visual artist James Franco. SPRING BREAKERS 4 EVA is a glitch-based moving image work which explores the aesthetic impact of the error and accident in digital media as a new ‘meta’ mode of Pop-Art. LINDSAY is a short experimental film that revisits the Structural Film movement in the age of Reality TV. The Cloud was a site-specific media arts installation that explored new representations of the vapour cloud in the age of the internet and digital media.

Research contribution: these pieces revisit and rework the works of earlier artists in order to demonstrate their continuing relevance and relationship with contemporary culture. They explore the ways in which pop culture collides with the ecology of the art-image and that popular forms of screen entertainment remediate experimental film aesthetics to produce related screen spectatorship and audience experiences. The works show that digital media can create a ‘meta’, or second-tier, mode of pop aesthetics and can unite historical motif from art with the materiality of modern data.

Research Significance: the pieces were exhibited at venues including the Vancouver Art Gallery for the ISEA 2015: the International Symposium on Electronic Arts.

American Corner (2014) Site-specific Installation: timber; fibreboard; paint; vinyl. 2300 x 1620 x 2100 mm. Photographic, 65 x 80 cm. In the novel Remainder by Tom McCarthy the unnamed protagonist re-enacts past moments, and feelings, with precision. Its a costly and time-consuming exercise but one driven by the desire to inhabit the world `authentically. He has a fondness for right angles. American Corner is a re-enactment of a spatial moment from America: Painting a Nation, 2013, hosted at the Art Gallery of NSW. As a survey of American painting, since 1750, the exhibition delivered a powerful narrative, by any account. However, today the art `Blockbuster increasingly stages its own interior conflict, in the duel between space and content. This can produce unexpected results. In the final zone of America: Painting a Nation the spectator is sharply `painted into a corner. The mise-en-scène includes: a vivid red wall / directions to the `Shop & Kids Zone / a restless young intern / an adjacent white wall / Robert Irwins Untitled (1966-67) suspended in its monocular form. A dead-end? Or perhaps a suspended jump-cut. Since (just like Hollywood) we find out a sequel is coming, with Pop to Popism! next to adorn this surface. A melancholy experience. Feelings of despondence. Maybe it was just me? American Corner re-enacts this moment in order to find out -- at the new home of ALASKA Studios at the corner of William Street and Riley Street in Darlinghurst.

Representations of vapour clouds are entrenched in visual cultures. The amorphous appeal of the cloud finds form across media from Chinese painting of the Ming Dynasty to the photography of Edward Weston. More recently, artists have sought to interiorise the cloud within gallery spaces, from the Sliver Clouds of Andy Warhol (with engineer Billy Klüver) to the atmospheric interior clouds of Berndnaut Smilde. For architects Diller & Scofidio a cloud operates as an architectural façade in their Blur Building. With Super Mario Clouds Cory Arcangel ‘mods’ a Nintendo video game to erase all but the scrolling cloud graphics. Colloquially, any talk of ‘clouds’ is less likely to be in relation to the amorphous vapour phenomena drifting high above and more likely to be in relation to new forms of cloud computing. If the former is transcendental in its elevation from our terrestrial plane – new conceptions of ‘the cloud’ are radically different. That is, despite the intentions of corporate branding and iconography, the data clouds exist as highly-concrete terrestrial and sub-terrestrial silicon-based network structures.

‘The Cloud’ aims to conflate these two associations. It refers to both natural tempests of the cloud and the new anxieties associated with the potential threat of the malevolent gaze across the internet. The work functions as a site-specific media installation at Mosman Art Gallery. A ‘cloudscape’ is captured with an industrial monochromatic surveillance camera mounted to a gallery window. Here, localised cloud forms are projected as a real-time feed into the ‘black box’ of The Cube. On the floor, a highly-reflective mirror surface generates a double image of this cloudscape to produce an immersive experience. On the adjacent wall, another video channel captures visitors in The Balnaves Gift exhibition, on the floor below, as they interact with the landscape paintings. The camera is trained on ‘The Spit’ (1935, Oi...

In 1973 Nam June Paik asked ‘How soon will artists have their own TV channels?’. In 2015 Kubrick or Korine™ respond with a channel conceived for cultural producer, icon and visual artist James Franco. 24 Hour Franco pays homage to the screen visions of Paik and the presence of Franco. It encases Hollywood image-flow within avant-garde form and speaks to the commingling of art and celebrity in the global image economy. Part project and part product: 24 Hour Franco can be retro-fitted to discarded CRT's to deliver a TV sculpture for airports, hotels or shopping malls in the spirit of Paik's 'global groove'.