Does where you live increase the chance of loneliness as you grow older? With housing affordability a growing issue in many Australia cities, new research by the Institute's Professor Alan Morris and Research Associate Andrea Verdasco suggests that the rising number of older private renters are experiencing higher rates of loneliness and anxiety than social housing tenants. 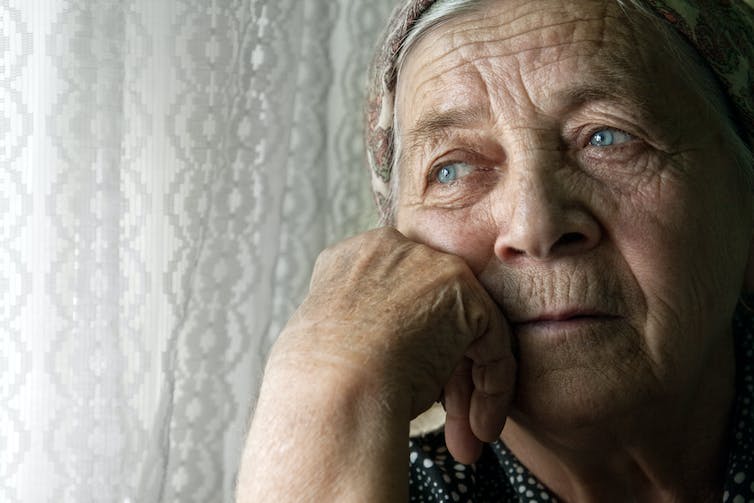 'I really have thought this can’t go on': loneliness looms for rising numbers of older private renters . Dundanim/Shutterstock

Loneliness is increasingly recognised worldwide as a critical social issue and one of the major health hazards of our time. Our research shows older private renters are at high risk of loneliness and anxiety. This is a growing concern as more Australians are renting housing later in life. By contrast, only a small proportion of the social housing tenants we interviewed said they were lonely.

The links between housing arrangements and loneliness could have profound implications for our health. As former US surgeon general Vivek H. Murthy said:

The reduction in life span [for people experiencing loneliness] is similar to that caused by smoking 15 cigarettes a day, and it’s greater than the impact on life span of obesity … Look even deeper, and you’ll find loneliness is associated with a greater risk of heart disease, depression, anxiety and dementia.

Read more: Why secure and affordable housing is an increasing worry for age pensioners

The causes of loneliness are multifaceted and complex. The number of people living alone in Australia is clearly a factor. In 2016, just under one in four households (24.4%) were single-person households. That’s up from one in five in 1991.

Read more: One in four Australians are lonely, which affects their physical and mental health

Research suggests low-income individuals are more likely to experience loneliness. So, too, are people who have a serious mental or physical health condition or have had a serious disruptive event (financial or job loss, illness or injury, or relationship breakdown) in the last couple of years.

The impact of housing tenure on loneliness has received little attention. While recognising that there are no definite associations, we interviewed about 80 older (65-plus) private renters and social housing tenants who depended on the Age Pension for their income. These in-depth interviews indicated that their housing tenure was a critical factor in their risk of experiencing loneliness.

Many older private renters are lonely

Many older private renters have little disposal income, because the cost of housing uses up much of their income. They also live with the constant possibility that they may be asked to vacate their accommodation. Their limited budgets mean they often end up living in a poorly located property. These features, individually or in combination, create fertile ground for anxiety and loneliness.

Their dire financial situation was often an obstacle to social activities. One interviewee told of how she had to choose between food or breaking her isolation by using public transport.

A 72-year-old woman living by herself said she could not afford the outings organised by her church.

There’s quite an active social club at the church for over-55s but I can’t go to any of those … Sometimes I think it would be nice to go on something that appeals to me, yes. And they might have an afternoon at somebody’s home and you’re asked to bring a plate [of food]. You see, I couldn’t afford to do that.

Peter, 67 and divorced, had left the workforce prematurely due to ill-health.

I’ve become very isolated. I used to, before I had the hip operation, I used to play tennis and I loved to play tennis … but I really can’t afford it. I’ve found a few clubs that I could go and play in. I’d like to get back to it, but they say, ‘Ah, the fees are this and you pay it annually,’ and I can’t come up with $150 or $200 or whatever.

Lack of money and insecure tenure were sources of enormous distress and anxiety, which further discouraged social contact. Brigette (67) was brutally honest:

You do get depressed and I believe that’s why people suicide … And there have been times when I’ve thought, what is the point to life? I really have thought this can’t go on, you know … I feel sorry for people because it is hard, and once you stay in it’s like crawling out of a slime pit … I have to say, ‘Get up and go out, go up the shops … Pretend you need potatoes or something.’

Not all of the private renters interviewed experienced loneliness. These interviewees usually had strong family ties or had managed to find affordable and secure accommodation.

Read more: Many people feel lonely in the city, but perhaps 'third places' can help with that

In sharp contrast, only a small proportion of the social housing tenants interviewed said they were lonely. Almost all were adamant they did not experience loneliness and felt they had strong social ties. Their affordable rent, security of tenure, long-term residence and having neighbours in a similar position meant they could socialise and were not beset by anxiety.

An 85-year-old long-established social housing tenant’s response to the question about loneliness and isolation was typical:

Pam, who had been a private renter before being allocated social housing, reflected on how her life had changed:

Well, it is changed because I’m happier and I think I’m healthier and I have a lot of new friends. I also have a lot more people around me for support if anything does happen. If I get sick and if they don’t see me for a few days someone will come and say, ‘Pam, are you OK?’ In private housing there was nobody.

The residualisation of social housing meant some tenants were living in what they perceived to be unbearable conditions. However, they generally were able to deal with their situation. Patricia coped with her very challenging neighbours by going to the local community centre.

No, I hate it [public housing]. I live here [at the community centre] every day. Yes, I’m on the committee here and I do things every day. This is my home, my family. Everybody is friendly with everybody. We have outings and things.

What the interviews indicate is that the housing tenure of age pensioners often plays a fundamental role in whether they are able to escape the experience of loneliness. Older private renters are far more likely to experience loneliness than their counterparts in social housing and that loneliness can be acute.

* All the names used are pseudonyms.

Byline: Alan Morris, Research Professor, and Andrea Verdasco, Research Associate at the Institute for Public Policy and Governance at the University of Technology Sydney .