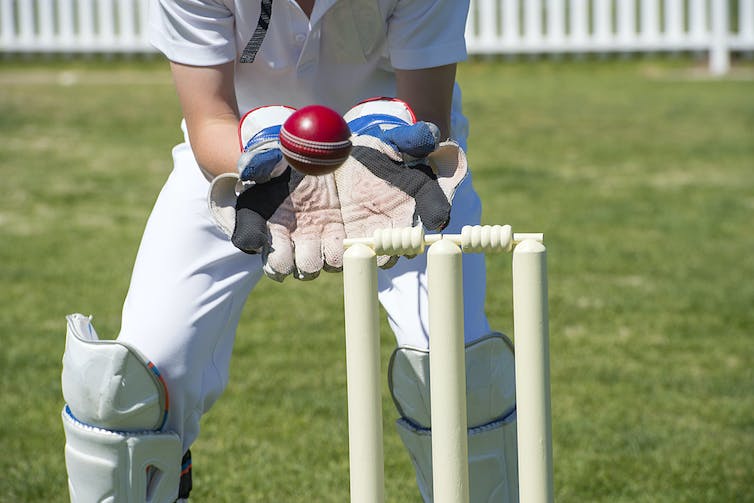 Cricket Australia has committed to review the policy annually. Shutterstock

Cricket Australia has made a significant contribution to gender diversity policy by producing a very detailed set of rules for elite-level cricket, and guidelines for community cricket.

They provide much needed clarity around what’s expected of transgender and gender diverse athletes, and what’s being asked of cricket clubs.

Read more: Elite sport is becoming a platform to target the trans community

On a global scale, including transgender and gender diverse athletes into sport is a work in progress. So far, in top-level competitions, only the female category has been a cause for debate, stemming from the conclusion that male athletes have physical advantages over female athletes in terms of speed, strength and physique.

For men transitioning to women (M2F), sports need assurance that this competitive advantage has been suitably reduced by surgical transition or taking hormones.

In any case, transgender and gender diverse people face social acceptance challenges, to put it mildly. Cricket Australia, along with other Australian sports bodies who are starting to catch on, is providing unprecedented opportunities for people who, while “different”, can fit in and feel welcomed.

For instance, Erica James, a cricketer who returned to the sport as a M2F player after 27 years, shows how inclusive sport clubs can boost mental health and self-esteem, as the video below shows.

In terms of elite-level competition, Cricket Australia has followed the International Cricket Council’s Gender Recognition Policy from 2017, which was developed to accommodate transgender and gender diverse athletes in international tournaments or series.

From a biological perspective, the International Cricket Council drew on the International Olympic Committee’s Transgender Guidelines. The IOC’s position is that a M2F athlete who aspires to enter the women’s category of sport must:

demonstrate that her total testosterone level in serum has been below 10 nmol/L [Nanomoles Per Litre] for at least 12 months prior to her first competition (with the requirement for any longer period to be based on a confidential case-by-case evaluation).

This it what Cricket Australia has put in place. But the International Olympic Committee’s guidelines may change before the 2020 Olympics.

Meanwhile, there is currently robust debate, most notably in the UK, about the efficacy of the International Olympic Committee’s policy position.

Critics are underwhelmed by the International Olympic Committee’s lack of detail about how – from a scientific perspective – the transition requirements meet this IOC mantra:

The overriding sporting objective is and remains the guarantee of fair competition.

The problem is lack of detail. It’s not clear what evidence the policy is based upon. It may be scientifically sound, but it’s not in the public domain.

In terms of high-performance sport, Cricket Australia’s transgender and gender diverse policy is, to some extent, constrained by what relevant international bodies put in place.

Cricket Australia has committed to review the policy annually. This means it can respond to any substantive changes to international sport, and fine-tune for the Australian context.

Read more: Israel Folau's comments remind us homophobia and transphobia are ever present in Australian sport

This guide provides critical insights into the legal frameworks around inclusion and discrimination, including exemptions relating to strength, stamina and physique.

Assuming due diligence around these obligations, Australian sports are entitled to form specific rules that suit their own competitive environment.

The AFL, for instance, has independently adopted more stringent requirements than Cricket Australia. For M2F players in elite women’s competition, their diversity policy requires a maximum of 5 nmol/L of testosterone for a minimum of a two-year transition period.

The logistics at a community club level

Read more: Why sport hasn't made much progress on LGBTI+ rights since the Sochi Olympics

This is encouraging to people whose birth sex is different to their gender identity: they can find a place in grassroots cricket. But Cricket Australia is relying on both participants and clubs to manage that process with decorum.

M2F cricketers, like other athletes, need to be positioned in teams at a level that’s appropriate to their ability.

Should the performance of a M2F player be disproportionate to their peers in physical prowess (not merely technique), umpires have the capacity to moderate, especially if there are safety issues (which can be found across different levels of cricket).

Read more: Hostility to elite trans athletes is having a negative impact on participation in everyday sport

More commonly, though, both umpires and clubs will be asked to monitor performance “mismatches” – something they do as a matter of course in community cricket.

Finally, there are logistical challenges. A common initiative Cricket Australia recommends is for clubs to have a gender-neutral bathroom. Most already have facilities for the disabled, so that process is not new.

Another option some transgender and gender diverse athletes look forward to is a capacity to shower privately.

Reconfiguring existing facilities, with provisions for modesty, may be all that’s needed. And such a renovation could well be in demand by other groups, such as women from cultural backgrounds where bodily privacy is a default expectation.

Funding to allow for these changes would need to be sought, in the usual manner, via grants from local councils, Sport Australia, or indeed Cricket Australia.