A tip for bankers ahead of the royal commission 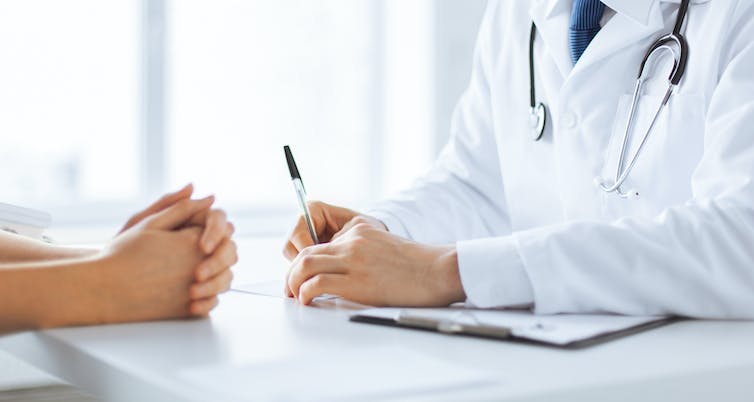 The financial services royal commission resumes for its final round of hearings on Monday, and reappearing before Justice Hayne will be the chief executives each of the big six institutions he has in his sights: the Commonwealth Bank, Westpac, AMP, Macquarie, ANZ, and the National Australia Bank.

At issue are shocking abuses of trust, and when the government responds after receiving the report in February it will be under pressure to introduce tighter rules that more closely regulate bankers’ behaviour.

There’s another, better, path it could follow. It could loosen the rules and treat bankers more like doctors.

We trust doctors, not because their behaviour is tightly regulated but because it is self-regulated. As professionals they strive to be trustworthy, in the same way as citizens who don’t cheat on their social security claims, or restaurant customers who don’t eat without paying.

A regulation imposed on top of a relationship of trust can ruin it.

In a famous study titled A Fine Is A Price, economists Uri Gneezy and Aldo Rustichini examined what happened when an Israeli daycare centre attempted to impose fines on parents who picked up their children late.Surprisingly, the trial of the fine resulted in more, rather than fewer, late pickups.

In the eyes of the late parents, the fine changed late pickups from bad behaviour into an acceptable outcome of cost-benefit analysis. They simply interpreted the fine as a babysitting cost, and weighed it against the benefit of arriving when it suited them. Moral motivations were crowded out.

Professionals with ethics take vows to honour their duty to their clients, even where the costs of doing so are greater than the benefits of not doing so.

Service providers who don’t take ethics seriously weigh the costs and benefits of acting in the interests of their clients versus acting in their own interests. This ‘moral optimization’ may take account of ethics, but only if it pays.

Many financial services workers don’t take ethics seriously partly because they have been trained in economics or finance – disciplines which teach that cost-benefit analysis applies to everything.

A start would be to train them better. Their teachers could listen to the words of the creator of much of the theory used to justify performance pay, Michael Jensen of Harvard:

We teach our students the importance of conducting a cost-benefit analysis in everything they do. In most cases, this is useful – but not when it comes to behaving with integrity.

When integrity is at stake it is better to replace moral optimization with moral prioritization, by giving priority to moral principles like telling the truth or looking after vulnerable clients.

Recent research on the psychological power of money suggests that financial market participants are at risk of negative ethical tendencies when money is used as an incentive, or even when they are just reminded of its importance, so-called money priming.

Money is used as an incentive to in order overcome the so-called principal-agent problem in which agents, (workers or chief executives) are tempted to put they own interests ahead of those of the firm they work for.

It can work, but if high-powered financial incentives communicate that the recipient’s only goal should be to maximise profit, then a culture of material self-interest takes hold, constrained at best by the letter of the law. And this crowds out other interests, such as those of their customers.

This means high-powered financial incentives can solve one kind of untrustworthiness, but only by creating another.

Professionals such as doctors and teachers solve the principal agent problem in another way: through ethics.

Banking could be a profession

Rather than further regulation, we propose a greater focus on ethics through a program of professionalisation, including:

Automatic bonuses remove the extreme money priming of the finance industry, and they can be helpful in maintaining employment in the event of a downturn. They can simply be reduced instead of laying off staff, as happened during the global financial crisis.

Boosting regulation and boosting the capability of regulators, as many say they want, could work against developing the ethics and the trust that makes other professions work.